[ Editor’s Note: These attacks on commanders can spin out of control quickly. Whacking people going to work or coming home, or in the grocery store parking lot is fairly easy. It’s the escape that is the tricky part, but Intel and military factions can do that.

This reminds me of the biblical warning, “Careful what ye shall sow.” Iraqi authorities are certainly aware that their country is under full-spectrum attack. The US has taken the position that it will make the decision on whether it will remove its military presence, a stance that has triggered virtually no public interest among the US public.

Neither has there been any outrage on the US Bozo the Clown act of assassinating Iranians with diplomatic credentials in Iraq who were in negotiations with Saudi Arabia on decreasing tensions.

The ultimate sin was launching the Soleimani attack from a US airbase in Iraq that had no air defenses. All we saw from the vet orgs was concern over the “headache” comment Trump made, a sign that they still prefer to only take on the easiest tasks.

VT has been one of the few platforms to openly discuss the slipping of our military into the General Smedley Butler position when it admitted that he had been a gangster for Wall Street.

Only the remaining Vietnam vets form the bastion of concerned onlookers. It is hard to take on entrenched bad guys when your own people are asleep at the wheel. That situation is made worse now that our “free press” has been gutted. That once valuable platform with the ability to shame those in power is almost gone.

Even those like Democracy Now, the liberal bastion, stays far away from the sensitive Israeli issues, like the massive espionage and election interference, when because of its government funding, the platform is supposed to be free to touch red lines … Jim W. Dean ] 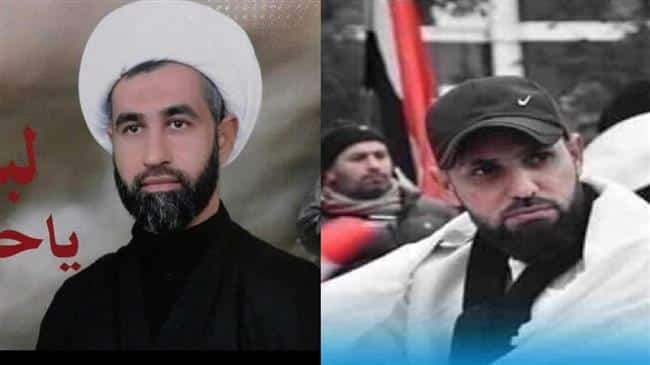 Two commanders of Iraqi cleric Muqtada al-Sadr’s movement have been killed in separate attacks in the span of 24 hours in what appears to be a plot to create division among Iraqi groups.

One of them was Hazim al-Hilfi, a commander of the Saraya al-Salam militant group, who was killed on Thursday when the vehicle carrying him was targeted by unidentified gunmen on the Muhammad al-Qasim road, west of Basra province.

He suffered fatal injuries and died on the spot, local security sources said. They quoted a Sadr movement’s media official in Basra, Saad al-Maliki, as saying that Halfi was one of the leaders of the Peace Corps.

His assassination came less than 24 hours after Abu-Muqada al-Azirjawi, another top commander of the Saraya group, was seriously wounded on Tuesday night after unknown assailants riding motorcycles opened fire on him near his house in Abou Roummaneh district of Maysan governorate.

He later died of his injuries in hospital, Iraqi media reported.

There are speculations that the assassinations are carried out by foreign intelligence services with the aim of pinning the blame on rival Iraqi groups, and reignite civil war in the volatile country.

Last October, Maysan Governorate witnessed the killing of Wissam al-Alyawi, a prominent leader in the Asa’ib Ahl al-Haq group, following an armed attack on its headquarters.

Asa’ib leader Qais Khazali has said the US had plotted to assassinate Muqtada al-Sadr and pin the blame on Asa’ib Ahl al-Haq group in a bid to provoke a civil war in Iraq.

“The first American-Israeli project in Iraq, which they wanted to implement, was to assassinate Muqtada al-Sadr and then accuse Asa’ib of killing him, causing a nationwide slaughter in the country,” Khazali said in an interview with al-Ahad.

“Sadr and Iran received the intelligence, and the issue was sorted out. Thank God the plot was failed,” he noted, saying the source of the intelligence was top Iranian general Qassem Soleimani, who was assassinated in a US drone attack last month.

Khazali also pointed to the issue of “unknown snipers” who targeted Iraqi protesters at the beginning of the protests in October and said launching an investigation into the issue and identifying the perpetrators is among the most important demands of Iraqi people.

“If this case is opened, Asa’ib Ahl al-Haq has sufficient evidence and documents about those behind this issue,” he added.

Since early October, Iraq has been roiled by mass protests over poor living conditions and corruption, which forced ex-premier Adel Abdul-Mahdi to resign.

The demonstrations have often turned violent and over 600 people, including police forces, have been killed and 17,000 injured, according to an Iraqi human rights group.

Iraq’s President Barham Salih last week tasked Mohammed Allawi with forming a government within a month, a decision rejected by some protesters. The appointment of Allawi as prime minister-designate was expected to end the protest rallies, but the demonstrations have continued across Iraq against the new premier.

The holy city of Najaf, in particular, has in recent days been a scene of violent clashes, which some Iraqi politicians blame on the US and Saudi Arabia.

Fatah Alliance lawmaker Abdul Amir Taiban says the Najaf violence is an American-Saudi plot to distract the Iraqi people’s attention from the expulsion of US troops from the Arab country, which has been demanded by the Iraqi Parliament.

“Foreign parties are directing the events in central and southern Iraqi provinces behind the scenes,” he added.

“By torching, burning, spreading riot and chaos, the US is trying to distract the Iraqi nation and deflect their attention from the issue of expelling alien forces from their country,” he told Al-Maalomah.