[ Editor’s Note: This TU-160M2 deployment comes as no surprise, as the Russians have a long history of upgrading old air frames to state of the art performance to get more bang from their defense rubles.

This contrasts with the US model of incorporating technology still under development into new weapon systems to assure the contractors an endless supply of “bug fixing” work that is built into their contracts to keep the taxpayer conveyor belt running to their bank.

This fattens their bottom line, but hurts the country militarily, as we end up with a growing list of disasters, like the F-22 that cannot fly in rain as that damages its coating, and then the mother of all cost overruns, the F-35.

Putin has announced many times that Russia has no plans to get into an arms race with the US, since Europe would have a hard time defending itself from anyone. As for the Russian threat, why would Russia attack one of its biggest customers if it were not attacked first?

The Russian bear hoax has been cheap theater for NATO’s aggressive moves to bring the Balkan states into NATO, which requires an appropriate bogeyman as a tool. You won’t hear any officials in the West utter a word that the fake threat has provided cover for breaching their prior agreement to not move NATO up to Russia’s borders.

There is an old saying that describes this. “With people like this for friends, who needs enemies.” I second that … Jim W. Dean ] 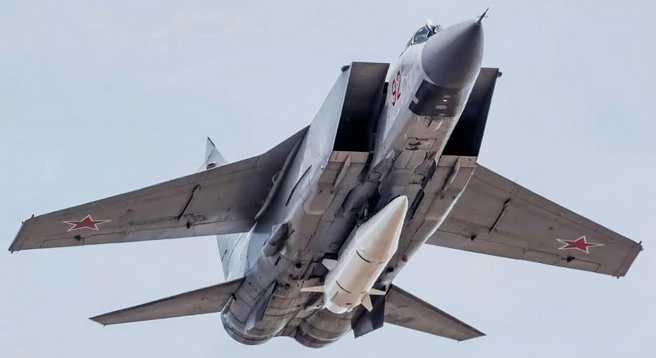 The Russian Defence Ministry recently announced that the planes, which have long been considered some of the best bombers in the world, will receive major upgrades to their avionics, engines, and on-board electronics.

The possibility of such an upgrade will be looked into, with the conclusions expected by the end of the year. The Russian Defence Ministry has not commented on the report.

It’s not clear from the source’s comments whether the Kinzhal missiles are expected to be fitted on all Tu-160 bombers or only on the new, modernised Tu-160M2. The missile is a cutting-edge Russian weapon that is capable of reaching a speed of Mach 10 and manoeuvring mid-flight in order to penetrate enemy defences.

The Tu-160, one of the biggest strategic bombers in the world – dubbed the White Swan due to its incredibly large variable wings in the corresponding colour, will receive new engines, avionics, low-observable coating, and cutting-edge on-board electronics as part of its upgrade, which was chosen over the development of a new bomber from scratch.

The Tu-160M2 successfully underwent a test flight on 2 February that lasted for 34 minutes and is expected to start entering service with the Russian Air Force in 2021.

The original Tu-160s are capable of travelling up to 12,300 kilometres without refuelling and can reach a speed of Mach 2.