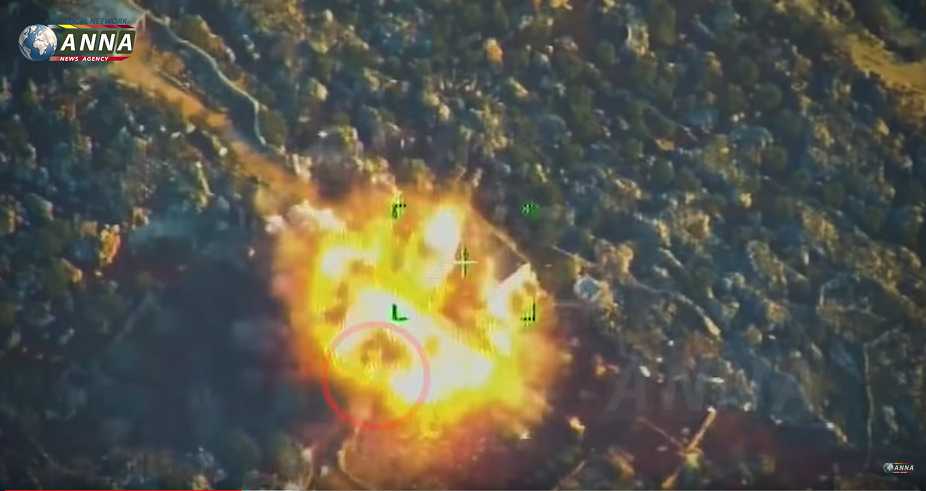 [ Editor’s Note: The doo doo may be about to hit the fan in Turkey. This morning’s Turkish support for the jihadi counter attack on recently liberated Saraqib shows Erdogan wants the hydrocarbon wealth under Idlib and is committed to keep his terror proxies on top of it, similar to the US in Deir Ezzor using the US military as security during the theft of Syria’s oil.

Russia and Iran have complicated relations with Turkey, and Mr. Erdogan will use that to his advantage. The Russians are exposed to political risk, as it is harder to “play nice” with Mr. Erdogan while he is openly supporting al Qaeda elements in Idlib for his own gain.

Putin’s air support has been essential in liberating a lot of the ground gains made by the US proxy coalition campaign to Balkanize Syria. The next test and the most dangerous one will be if the Turkish air force is tasked with defending the Idlib terrorists.

That will also be a big risk for Erdogan, in terms of the proverbial “bridge too far” scenario. Putin is cautious, never over reacting. But Israel put the squeeze on him with its using a civil airliner as a screen for its latest attack on Damascus.

Europe is staying mum. If another big refugee wave is unleashed by Erdogan from the Syrian coalition pushing the jihadis and families back into Turkey, he fears having those angry combat trained terrorists in his backyard … Jim W. Dean ]

Turkey says it will change tack in northwestern Syrian province of Idlib, where an intensified anti-terror operation is underway by Syrian army against foreign-backed militant outfits, if the deal reached with Russia is violated.

Turkey’s Defense Minister Hulusi Akar said, in an interview with the Hurriyet daily that Ankara has made alternative plans for Idlib province if the agreement reached with Russia continues to be violated.

Based on a 2018 deal with Russia, Turkey set up 12 observation posts in Idlib, but Turkish security sources said this week three of them are now being encircled by the Syrian government forces.

The Turkish defense minister warned that “If the Syrian forces are not withdrawn by the end of February, we will take action.”

Akar claimed that “Our primary goal is to prevent migration and humanitarian tragedy. We are working to establish a ceasefire as soon as possible and stop the bloodshed.”

Since Friday, Ankara has sent hundreds of military vehicles into Idlib province, after Syrian government forces took control of a strategic town close to the provincial capital.

The UK-based so-called Syrian Observatory for Human Rights said 1,240 Turkish military vehicles crossed into Idlib in the last week, along with 5,000 soldiers.

Idlib is in the last major enclave of the foreign-backed terrorists fighting against the rule of Syrian President Bashar al-Assad.

The fresh Turkish deployment came as Turkish and Russian officials, whose countries support opposing sides in Syria’s nine-year war, met in Ankara to discuss the fighting in the last major terrorist stronghold.

The two sides held three hours of apparently inconclusive talks on Saturday, only agreeing to meet again next week.

Despite the build-up of Turkish troops, the Syrian forces have pressed with their advances in Idlib province, recapturing over 600 square kilometers (230 square miles) of territory, wresting control of dozens of theorist-held towns and villages in recent days, and stressed that they would maintain the anti-terror fight.

Reports said on the eastern flank of the terrorist-held enclave, advancing government forces had seized all but a 2 km stretch of the M5 highway, Syrian’s main north-south road which links Syria’s two main cities Damascus and Aleppo.

The Russian Foreign Ministry said in a recent statement that Idlib-based militants had staged “more than 1,000 attacks in the last two weeks of January” from a Turkish-controlled de-escalation zone in the flashpoint province. It stressed that most of the attacks had been conducted by the Hayat Tahrir al-Sham militant group.

The Syrian army has already regained almost all territories once controlled by terrorists, except portions of Aleppo and large swaths of Idlib, the last stronghold of Takfiri terrorists, particularly the Hayat Tahrir al-Sham.

Syria has been gripped by foreign-backed militancy since March 2011. The Syrian government says the Israeli regime and its Western and regional allies are aiding Takfiri terrorist groups had been wreaking havoc in the Arab country.