[ Editor’s Note: This is an old game, Intel companies taking control of a company to exploit as a front for running long term, deeply embedded espionage. Imagine that.

So I ask all of you out there, when is the last time you have heard for a push for technology monitors being placed inside all the major tech companies in positions to report back on whether they have been compromised or are compromising us?

Have you heard of any virus protection company that, while updating your system, was caught searching all of your data while it is accessing? Have any of the online security forums raised it as a key threat issue? Please let me know in the comments if you do. 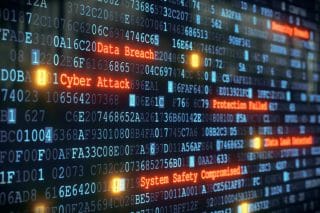 The main focus, or diversion on us, seems to have been placed on mysterious overseas hackers. How convenient if you were an insider and wanted the public and industry chasing squirrels, while you were vacuuming up everyone’s data.

In the CIA, lots of people in sensitive positions are routinely given lie detector tests, just to make sure they have not been naughty. I remember years ago a convenience store chain running regular tests on all of its managers about inventory stealing of minor stuff.

They could do it, but we can’t do so on the Internet mavens, including their top people. One of my questions would be, “Have you had any contact with an intelligence agency since the last time we talked”, as a warm-up question. And second would be, “Has Israeli intelligence ever attempted to contact you?”

What political candidate has brought this up as a key security issue, and why not? We are not asking enough questions on why obvious threats have not been addressed. Whose fault is that? Are we, in the end, to be victims of ourselves for being slack? … Jim W. Dean ]

The CIA and German intelligence spied on the secret communications of governments around the world for decades in a covert partnership, controlling a top encryption company and installing backdoor vulnerabilities in its products.
–

Founded during the Second World War, the Swiss cryptography firm, Crypto AG, has provided top-of-the-line devices for encoding communications to some 120 countries.

Starting in 1970, however, the CIA and then-West Germany’s foreign intelligence service, the BND, secretly bought and controlled the company, using its devices to eavesdrop on enemies and allies alike, according to a joint investigation by the Washington Post and German public broadcaster ZDF, based on a classified internal CIA history.

First dubbed “Thesaurus” and later renamed to “Rubicon,” the CIA hailed the decades-long operation as the “intelligence coup of the century” in its classified history.

Foreign governments were paying good money to the US and West Germany for the privilege of having their most secret communications read by at least two … foreign countries.

Though the intelligence agencies formed a relationship with the firm soon after World War II, they would step up their role in 1970 following a $5 million deal to take over the company.

From there, the agencies controlled virtually every part of Crypto AG’s operations, ranging from hiring decisions, directing sales targets and designing its high-tech encryption devices – with secret backdoors accessible only to them, of course.