Health Editor’s Note:  As VT as predicted all along, the issue of easy transmission of novel coronavirus 2019 before symptoms appear has been a grave concern in being able to stay on top of this viral disease. People with no symptoms of this viral illness can unknowingly infect those around them. Hop on a plane, be thousands of miles away from the beginning of your journey, deplane and days later you might be presenting with symptoms of being ill.

You have been in contact, close and maybe not so close, to hundreds of people. Or you might be on a plane with someone who has the coronavirus.  You are in an environmental situation where you are not breathing “new air.” Before novel coronavirus air travel was a good chance to get “something” anyway.  Now the something (novel coronavirus) would/could/will give you a really, really bad case of pneumonia.

Currently, those who are diagnosed, by specific testing, with novel coronavirus are quarantined for 14 days. Infections that are 24 days away from the exposure date have been seen.  While the U.S. has not seen any deaths from the coronavirus, there have been deaths from influenza, the one that was expected to hit every flu season.  Flu vaccines are a hit and miss tool at there best.  The vaccines are made to prevent what viruses had been in the population in the last flu season plus whatever amount of prediction that can be made as to how the previous year’s flu virus may mutate.

Viruses cannot reproduce on their own as human body cells do. Viruses hijack healthy cells, start their reproductive process, and make their host very ill.  The novel coronavirus is also good at hiding, taking a long time to let the host know he or she is ill.  Time in which the “host” can have passed the virus to anyone he or she has had contact with.

Rapid diagnostic tests are being perfected and this will cut down the time waiting to diagnose novel coronavirus. It also seems that relative transparency in relating issues with this virus has cut down the time wasted to move ahead and find the most effective and efficient way to deal with this virus that as turned out to be more harmful than the usual influenza virus. …..Carol

WASHINGTON — The mortality rate from the novel coronavirus currently stands at around 2% — substantially less than was seen with the severe acute respiratory syndrome (SARS) virus — but the fact that the coronavirus appears to be easier to transmit than SARS remains a concern, Anne Schuchat, MD, principal deputy director at the CDC, said Tuesday.

“The question comes up over and over: ‘How does this compare to SARS?'” Schuchat said during a press conference here at the National Press Club.

“That epidemic affected many countries — hotspots in China, Hong Kong, Singapore, Canada, and Vietnam — but this outbreak is spreading much more quickly than SARS did,” Schuchat said. “This virus seems to be more transmissible than SARS.”

On the other hand, she added, “the current indications suggest this virus overall may be less severe than SARS. Among the cases of SARS, about 1 in 10 resulted in death; current estimate from China of the cases we’re aware of is that about 2% result in death, but that needs to be put in qualifications because the level of illness is such that they haven’t really broadened the ability to track the milder illness — the illness that might not need to present to care.”

With easier transmissibility, the big concern is over whether containment is feasible, said Schuchat. “So far our strategies seem to be working in the U.S., but it may be with additional cases — particularly if they don’t involve symptoms — it may be difficult to block the spread.” Slowing the spread “can be done with non-pharmaceutical measures like social distancing, having more people telework. Occasionally we may go to school closures as we did with the 2009 H1N1 pandemic, really trying to reduce crowds and mass gatherings.”

Quarantining people who have been exposed to the virus is a strategy being used in China on a large scale, and to a lesser extent in the U.S., with military bases housing individuals evacuated from the outbreak’s epicenter in China’s Hubei province. This is the first use of large-scale federal quarantine here in more than 50 years, Schuchat said, adding that she hoped those patients who are now completing their 14-day quarantine will be able to return home today.

Some steps the CDC has taken are putting the U.S. in better shape should widespread transmission occur, Schuchat said — for example, CDC scientists have developed a rapid diagnostic test that is being shipped out to state laboratories and a number of Department of Defense laboratories.

“That can really help put diagnostic information closer to where patients are presenting and shorten the lag time between when a person presents and is evaluated, and when we know what they have. We need to remember this respiratory illness is spreading in the middle of the typical influenza season, so the vast majority of people in the U.S. who have respiratory symptoms like cough and shortness of breath and fever are not infected with this virus; influenza is a much more likely a possibility.”

Nosocomial infections are another concern with this disease, Schuchat said. In Wuhan, where the outbreak originated, 40% of cases in one hospital were estimated to have been acquired in the hospital. “We don’t know how large the nosocomial spread is … but that’s one reason it’s so critical to preparing the healthcare sector to take precautions for healthcare workers and for other patients.”

“One of the legacies of the SARS outbreak was there was a coverup; there was no transparency and we lost critical time with the virus spreading to many other areas before we realized how bad it was,” Schuchat continued. “After the 2003 SARS epidemic, the WHO worked with other member nations to update the international health regulations. We didn’t want other countries to keep things secret; we wanted them to be transparent and report things as quickly as possible.” (How well China took that lesson is under debate, however, with reports that a physician in Wuhan — now dead from the virus — faced official sanction for “spreading rumors” when he alerted colleagues in December to an early cluster of SARS-like illnesses.)

How should U.S. clinicians deal with worried patients who have symptoms of a respiratory virus? “The issue for clinicians is a real one, whether it’s acute flaccid myelitis or H1N1 influenza,” she told MedPage Today. “Anything novel can be scary.”

However, she said, “the circumstances in the U.S. are such that we have excellent surveillance for influenza and are aggressively looking for cases that might be novel coronavirus. People who have a cough, runny nose, or fever are much more likely to have a normal, common respiratory virus right now.” She contrasted the 13 cases of coronavirus in the U.S. with the millions of influenza infections that have already occurred. Deaths from the flu this season are already well above 10,000.

If a patient presents with respiratory symptoms after returning from China, travelers “should have their alert up, and let their clinicians know,” Schuchat said. “Clinicians may need to take special precautions when they collect samples from them.”

Research into the virus is also an ongoing priority. “In the 2014-15 Ebola response, we learned it was possible to carry out investigational vaccine research in the middle of a terrible epidemic,” she said. “And because that was done, we actually now have a licensed vaccine against Ebola. Currently, there are drug candidates being tested or considered for use in this novel coronavirus outbreak. It’s really important for us to be able to do both” treatment and research. “The pace of research can keep up and really needs to not be an afterthought.”

Schuchat also pushed back on fringe theories that the coronavirus escaped from a Wuhan bioweapons lab. “Based on everything I know of what’s going on with this outbreak, as well, and the research being conducted and genomic sequences being posted, the pattern we’re seeing is quite consistent with emergence from animal-to-human acquisition and adaptability or mutations that permit the virus to be easily spread between people,” she said. 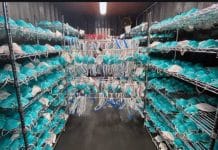 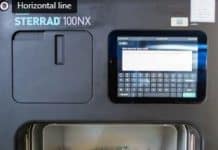