by Andre Vltchek for VT

Now it is becoming obvious who China’s friends are, and who her enemies are. In the West, many nations and individuals are celebrating the short-term difficulties that the Chinese nation is facing, pouring salt into the wound, while giving birth to anti-Chinese sentiments.

Even the WHO (World Health Organization) has been warning not to impose travel bans against the countries affected by Coronavirus. And it is the WHO, which is praising Beijing repeatedly and loudly, for its performance during the fight against the new virus.

But no matter what doctors say, and what the objective data is, several Western countries have been maliciously smearing China’s determined and successful efforts to contain and combat the epidemy. They exaggerate the danger, spreading fear among the people all over the world. In a spiteful, manipulative and illogical way, they are connecting the epidemic to the entire Chinese system.

Whereas Russia, which is a close ally of China, but even Japan which is often politically antagonistic to Beijing, are keeping it relatively cool, feverishly working on developing an effective vaccine, the United States and many European countries are spreading fake news, issuing travel warnings, and effectively banning their citizens from traveling to Mainland China, even banning foreigners who have recently (within 14 days) visited China, from entering the United States.

“The risk of infection for Americans remains low and with these and our previous actions we are working to keep the risk low.”

Anti-Chinese xenophobia in the United States is on the rise. Chinese people are banned from entering some restaurants, and racist punches are thrown everywhere.

Some statements are so racist, that they are actually illegal, even in the United States itself. One of the readers (with the handle name @melpol) of a large media site Unz.com, recently commented on my re-printed essay about the determined fight of China against the disease:

“The Chinese are DISGUSTING, soulless frauds. I hope Coronavirus wipes out EVERY last one.”

Such declarations are shocking, but not really isolated.

Even the world-renowned Slovenian philosopher Slavoj Zizek, who is not always on the side of Beijing, recently snapped angrily at the West and its racist attitude against China, in his essay writer for the RT:

“Coronavirus is all over the news, and I don’t pretend to be a medical specialist, but there is a question I’d like to raise: Where do facts end and where does ideology begin?

The first obvious enigma: There are far worse epidemics taking place, so why is there such an obsession with this one when thousands die daily from other infectious diseases?

Of course, an extreme case was the 1918-1920 influenza pandemic, known as Spanish flu, when the death toll is estimated to have been at least 50 million. Around this time, influenza has infected 15 million Americans: at least 140,000 people have been hospitalized and more than 8,200 people killed this season alone.

It seems racist paranoia is obviously at work here – remember all the fantasies about the Chinese women in Wuhan skinning live snakes and slurping bat soup. Whereas, in reality, a big Chinese city is probably one of the safest places in the world.”

But medical specialists are far from desperate about the outbreak. Coronavirus kills, but at much lower rates than many other diseases.

An analysis by the renowned British medical magazine, Lancet, was mentioned in the BBC report, and they basically revealed that fears of the coronavirus in the West are exaggerated:

“A report on the early stages of the outbreak by the Lancet medical journal said most patients who died from the virus had pre-existing conditions.

The report found that, of the first 99 patients treated at the Jinyintan Hospital in Wuhan, 40 had a weak heart or damaged blood vessels. A further 12 had diabetes.

Most people infected are likely to fully recover – just as they would from normal flu.

An expert at China’s National Health Commission (NHC) said that one week was sufficient for recovery from mild coronavirus symptoms.”

Some medical experts, in Asia and all over the world, are obviously on the same page with Zizek and Lancet. According to the recent figures, around 17 thousand cases were reported. 361 patients lost their lives. That is 2% – comparatively lower than the mortality rate from many other diseases.

My doctor-friends in Hong Kong have commented, for this essay:

“Certainly, it is a very infectious virus. But the severity is much less than SARS. It is understandable that any country would not welcome such a virus. But as usual, the West would like to smear and weaken China. This virus usually kills old people with other morbidities. The one in Hong Kong who died was only 39 but had other diseases. The good news is that they have found 2 very effective anti-viral agents to treat this. The local people in the yellow camp try to exaggerate the viral attack to achieve political gains. Disgusting, especially with some medical staff on strike.”

Several airlines have canceled flights to Mainland China, to all or at least some destinations, including Air France, United, American Airlines, Delta and British Airways. Obviously, when it was time to cash in on a growing Chinese market, these airlines were ready to dispatch its biggest birds, including the Airbus 380-800. But during the crisis, instead of standing by its new clients, they stranded passengers, unceremoniously. One of my good friends in Beijing, for instance, has not been able to join her important work mission in Santiago de Chile, because her Air France ticket had been converted into nothing more than a useless piece of paper.

Once again, the better China’s performance is, the more it gets smeared, the more colorful the lies against her are.

Commenting for this essay, Mira Lubis, an Indonesian academic recalled how she was quarantined in Wuhan, even several years ago. She is still impressed by the Chinese health authorities:

“I think China treats all virus cases very carefully. And it doesn’t mean that this latest coronavirus is more harmful than other viruses. I was quarantined in Wuhan just for having the normal flu. Meaning they have very strict procedural standards, compared to other countries, even those in Europe or the United States. And they do it in order to defend people’s health.”

However, it is very difficult to expect objectivity from the countries which have been, for years and decades, been indoctrinated by anti-Chinese propaganda! 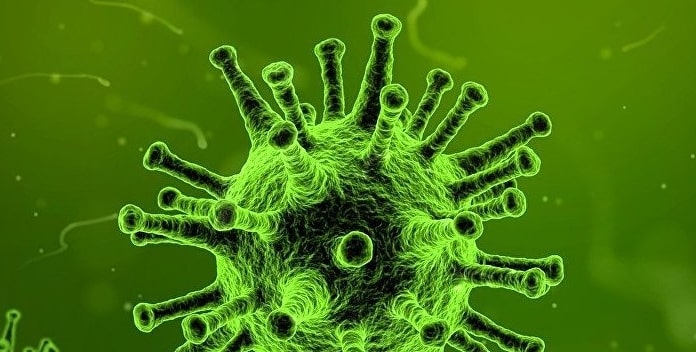 About Author:  Andre Vltchek is a philosopher, novelist, filmmaker and investigative journalist. He has covered wars and conflicts in dozens of countries. Five of his latest books are “China Belt and Road Initiative: Connecting Countries, Saving Millions of Lives”, “China and Ecological Cavillation” with John B. Cobb, Jr., Revolutionary Optimism, Western Nihilism, a revolutionary novel “Aurora” and a bestselling work of political non-fiction: “Exposing Lies Of The Empire”. View his other books here. Watch Rwanda Gambit, his groundbreaking documentary about Rwanda and DRCongo and his film/dialogue with Noam Chomsky “On Western Terrorism”. Vltchek presently resides in East Asia and the Middle East and continues to work around the world. He can be reached through his website and his Twitter and His Patreon