Home Military Syrians: What Are You Doing in Our Country? 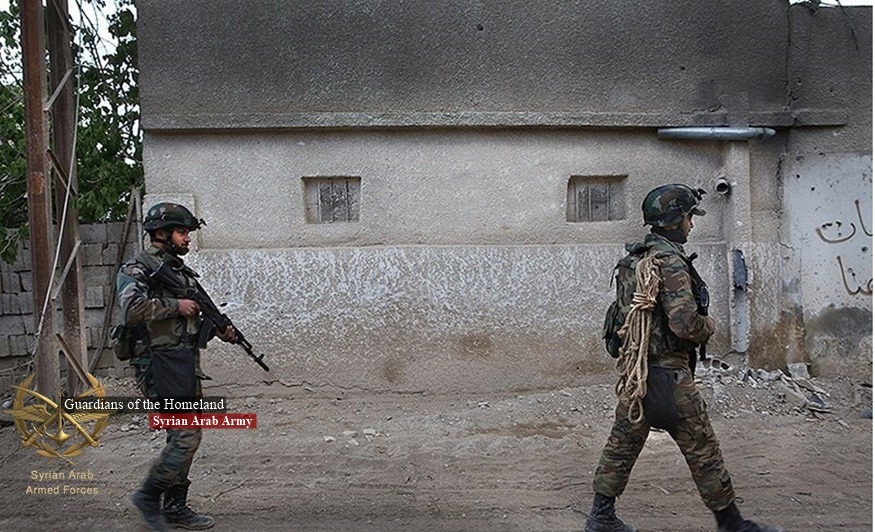 A Syrian civilian from Kherbet Ammo in al-Qamishli brought down the US flag from a US Armored Personnel Carrier and had this chat with the US soldiers.

Afterward, when the US patrol threatened that they will pass by force, a group of local citizens opened machine-gun fire against the US patrol.

When the US soldiers opened fire against the Syrian citizens, the SAA’s checkpoint members deployed defensively and opened fire to cover the civilians in the area.

The Syrian military has specific orders in the region, generally the US and Syrian military avoid any escalation to the point of gunfire, although in several occasions events almost led to a confrontation. Russian MP is usually notified and act as a buffer and deescalate the situation.