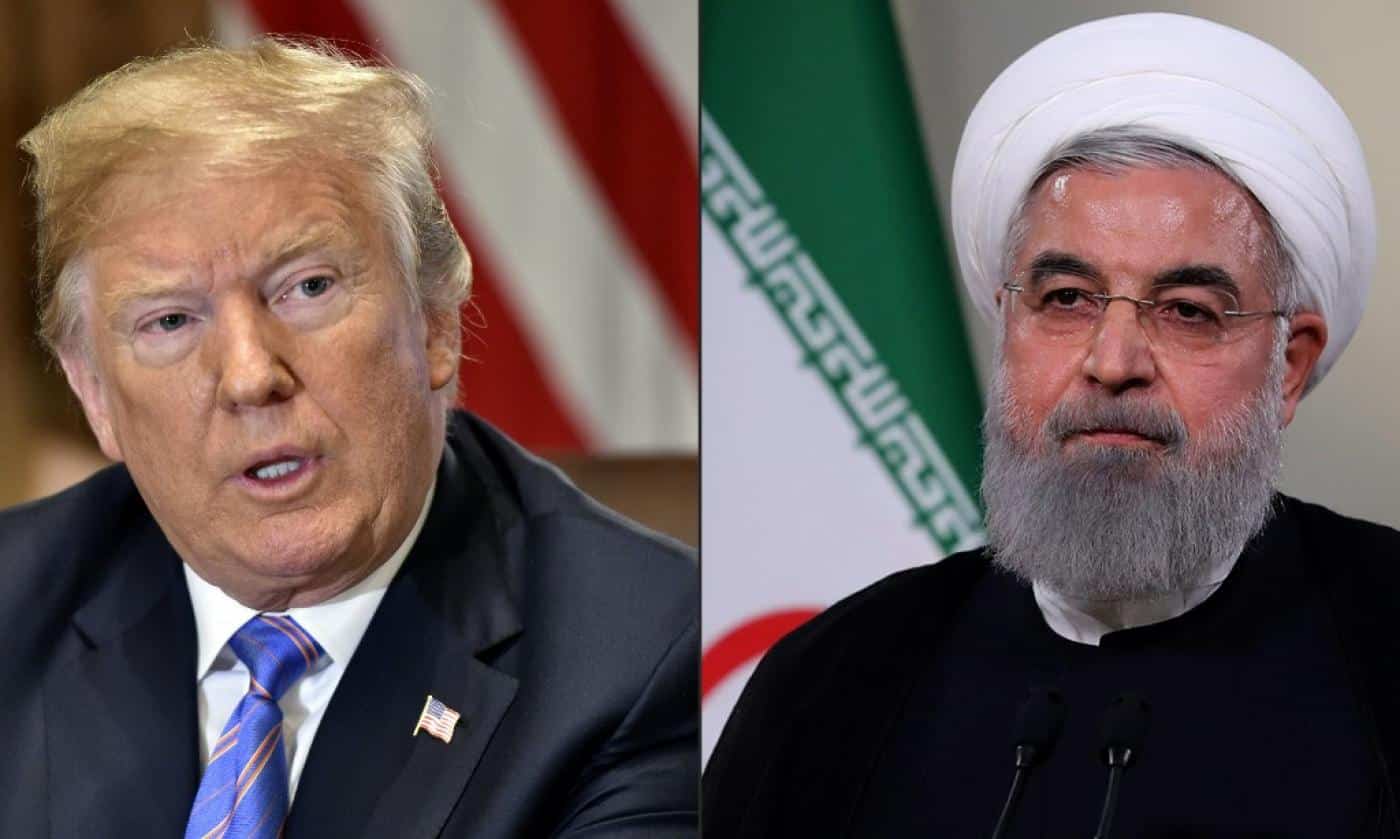 by Trita Parsi for VT, MiddleEastEye.com

The clerical government in Iran celebrated another anniversary this week amid one of the deepest legitimacy crises it has faced in the past decade.  But contrary to the hopes of some in Washington, it does not appear to be on the brink of collapse. And even if it were to fall, there is little to suggest that it would be replaced by a democratic government.

That is to no small part a result of the economic warfare the Trump administration has waged against Iran for the past two years – rather than advancing Iran’s civil society, Trump’s pressure has given the most repressive elements of the Iranian regime another lease on life.

The clerical government in Iran celebrates another anniversary this week. It’s both an occasion for critics to call attention to the Islamic Republic’s perpetual legitimacy crisis, and for neutral observers to puzzle over the revolutionary government’s tenacity.

Tehran’s opponents are correct in pointing out that its legitimacy crisis is at its deepest since 2009. Yet, there is little to indicate that the Islamic Republic is about to fall – or that it will be replaced with a democratic system if it does.

Rather, the next few years will likely see the Islamic Republic turn more repressive internally and more aggressive externally, while Iran’s civil society and internal movement for democracy continue to be squeezed by governmental repression and Washington’s economic warfare.

By all accounts, Tehran is facing a deep legitimacy crisis. Iranian President Hassan Rouhani’s bet on the 2015 nuclear deal was sabotaged by US President Donald Trump’s breach of the agreement and his policy of “maximum pressure”.

What was supposed to bring about Iran’s political rehabilitation and economic reintegration has instead pushed the Iranian economy into an even deeper recession and reinforced the notion that Washington will never come to terms with the Islamic Republic – regardless of Tehran’s policies.

Iran’s own rampant corruption, systemic mismanagement and suffocating social repression have only made matters worse.

The latest blow to the regime’s legitimacy, however, was not in the economic realm, but rather in the security sphere: the shooting down of a Ukrainian passenger airliner. It wasn’t Tehran’s lies about the horrific accident that shocked the nation. It was the fact that it damaged the regime in the one area in which it has otherwise performed comparatively well.

The revolution cannot claim to have provided the Iranian population with renewed wealth. In 1978, Iran’s nominal GDP was the 18th highest in the world. In 2017, it ranked as the 27th in the world.

Nor has the revolution brought Iran greater respect on the international stage: The currency of the Iranian Islamic passport is incomparable to its monarchial travel documents. And while the Iranian system today possesses more democratic elements than it did under the Shah, Iran remains a repressive state.

Stability in a volatile region

The one area where the regime could boast some success over the past several decades was in keeping Iran’s borders relatively safe and deterring enemies from launching a war against it while asserting the country’s independence and sovereignty.

Though hawks in Washington have had their gaze on Iran for decades, Tehran has evaded the fate of Afghanistan, Iraq, Syria, Libya, and Yemen. It has remained largely stable in a region that has become increasingly volatile.

This is largely why the shooting down of the Ukrainian airliner was such a blow to the Iranian government. It showed unforgivable incompetence in the one area where Tehran had arguably performed relatively well.

The protests that followed the downing of the airliner were scathing. The national unity achieved after Trump’s assassination of General Qassem Soleimani was instantaneously lost. The regime stood embarrassed in front of its own people and the international community.

This blow to Tehran’s legitimacy has convinced the Trump administration that the regime is on the cusp of collapse, further weakening Washington’s already questionable desire for diplomacy.

Not surprisingly – just as in 2003, when Washington was on a regime-change spree in the Middle East – the city is once again filled with wannabe rulers spending money and seeking support from the Trump administration to boost their claims for leadership in Iran.

But Washington is once again overestimating its coercive capabilities and underestimating the Iranian regime’s tenacity. “We think the Iranians are able to absorb a lot of pain,” a European diplomatic source told Al-Monitor, casting doubt on Washington’s assessment of Tehran’s impending collapse.

Many regime critics inside Iran concur. Ahmad Zeidabadi, a well-known journalist whose criticisms of the Iranian government have landed him in jail on more than one occasion, sees no opposition movement that “has a serious chance of gaining significant approval or support within the country itself”.

Indeed, the Iranian government may be difficult to dislodge precisely because it is revolutionary. Political scientists Steven Levitsky and Lucan Way argue that revolutionary regimes are particularly resilient because their violent struggle to take power creates powerful and loyal police and security forces with significant repressive capacities.

Revolutionary regimes also tend to create “unified parties infused with military-style discipline”, while also polarising their societies, which serves to discredit any challenge to the regime “as a threat to the fundamental goals of the revolution”.

Finally, having violently overthrown a regime, revolutionary systems tend to be particularly apt at using violence to prevent the emergence of a counterrevolution.

Furthermore, the sanctions literature posits that embargo-style economic pressure does not lend itself to the democratization of target states. Of the 35 authoritarian states that successfully transitioned to democracy since 1955, only one – South Africa – did so under broad economic sanctions.

Others have not only withstood embargoes without any sign of democratic change but tended to instead become more repressive internally and more aggressive externally.

Therein lies the predictable tragedy of Trump’s economic warfare against Iran. Just as it is more likely to push the US and Iran towards war – indeed, the two countries have been only minutes away from full-scale war twice in the past seven months – than to cause Tehran’s capitulation to Trump’s demands, it is also more likely to crush the prospects of peaceful internal change towards democracy and give the most repressive elements of the regime another lease on life.

This sad reality explains the statement by students at Amir Kabir University in Tehran during their protests after the downing of the Ukrainian airliner. Accusing the US of doing “nothing but sow chaos and disorder” in the Middle East, the students criticized the Iranian government for using US “adventurism in the region” as an “excuse to justify domestic repression”. The Iranian people’s situation is made all the worse, the students continued, by the “corrupt and totally dependent” exiled opposition. “Yes, today we are surrounded by evil on all sides,” they aptly lamented.

Regrettably, their predicament will likely only get worse in the next few years. And for America, Trump’s reignition of the crisis with Iran means that it will – contrary to its interest – remain stuck in the Middle East for years to come.

About Author:  Trita Parsi is Executive Vice President at the Quincy Institute and the author of Losing an Enemy – Obama, Iran and the Triumph of Diplomacy