By Alex Rubinstein for thegrayzone.com

The Alliance for Securing Democracy, an online censorship initiative of the Western government-funded German Marshall Project, falsely and hypocritically characterized The Grayzone and independent journalist Jordan Chariton as “state-backed media,” smearing them for their factual reporting on the shadowy network behind the controversial app that undermined the integrity of the Iowa caucuses.

The Grayzone has exposed the Alliance for Securing Democracy (ASD) in a series of investigative reports as a neo-McCarthyite outfit prone to spreading disinformation, staffed by counter-terror cranks and national security hustlers.

On Twitter, state-backed media accounts spread various conspiracy theories about the Iowa caucus, many of which claimed the DNC, news media, and other candidates used “dirty tricks” to steal the victory from Sen. Bernie Sanders. pic.twitter.com/mQJcbaGKzd

The ASD’s parent organization also happens to be bankrolled by the US government, numerous European governments, and the European Union, at the tune of millions of dollars — making these false accusations against The Grayzone and Jordan Chariton actual state-backed smears.

Chariton, who founded the independent progressive news outlet Status Coup, hit back at the ASD’s outrageous claims. “The days of faux democracy gladiators defaming journalists – whose factual work they seek to discredit – as part of a Kremlin syndicate are over. It’s time to fight back,” he told The Grayzone. 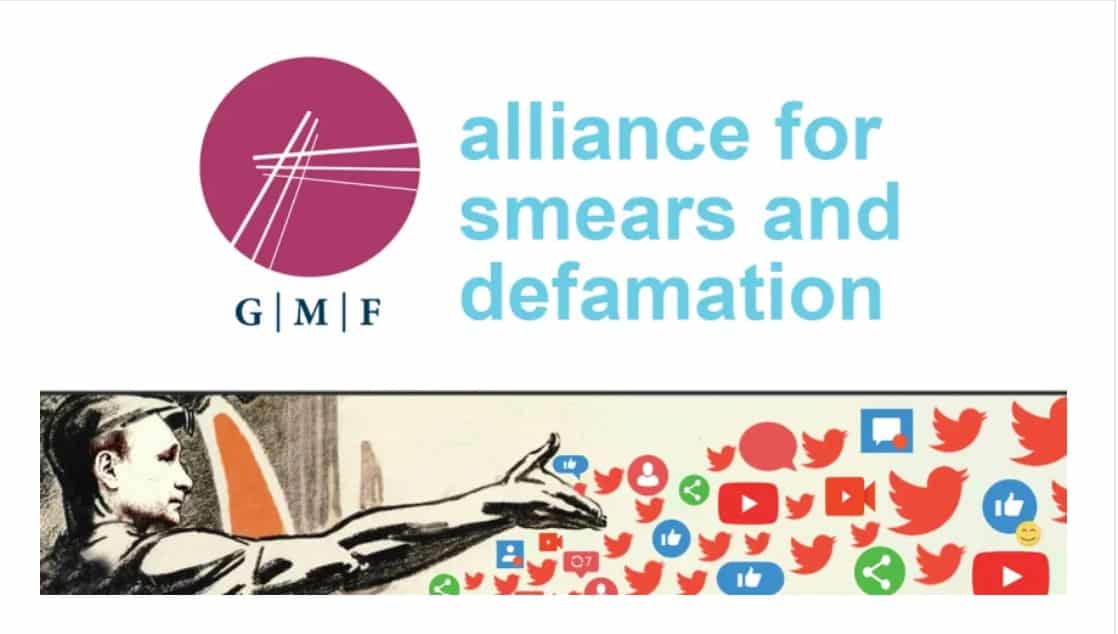 On February 10, the ASD published a dubious analysis of a supposed Russian effort to spread conspiracies and disinformation around the Iowa caucuses. It honed in on the Russian-funded Sputnik News and three shows broadcast by RT. Those programs included “Going Underground,” which is hosted by British journalist Afshin Rattansi.

The post continued: “In addition, all the most popular tweets about Iowa retweeted in this time period by at least one monitored account pushed a narrative that the Democratic National Committee and/or the Democratic establishment more broadly seeks to undermine Sanders via nefarious means. Monitored accounts ‘Redacted Tonight’ (@redactedtonight) and ‘Watching the Hawks’ (@watchinghawks) are the primary accounts engaging directly with this material.”