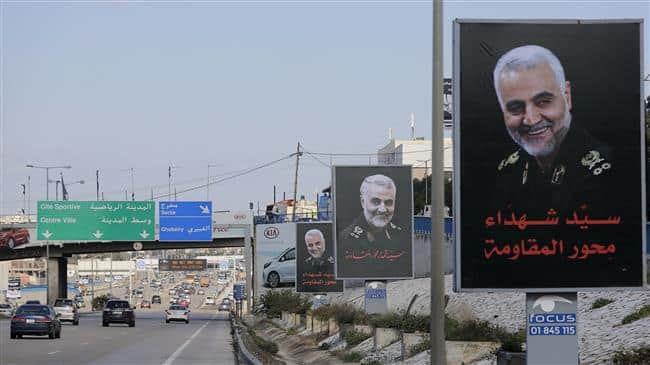 American accepted having a base obliterated and 100 wounded and many killed, sources confirm, because the Soleimani killing had nothing to do with national security and everything to do with Trump’s private dealing with the Kosher Nostra.

The US lied about 100 brain injured troops, it is lying about the dead, maybe more than a dozen and now it is shown that it has all been a lie, so blatant that even the New York Times is exposing it.

General Soleimani was in Iraq, we all knew, to receive a “note.” What we didn’t know is that the note was a peace proposal for the Persian Gulf, a treaty negotiated between Iran, Saudi Arabia and the UAE, one that Israel didn’t like and now Americans are dead for taking part in a mob hit ordered by Israeli  gangsters and carried out by misled and misused American military who paid a very heavy price in retaliation.

[ Editor’s Note:  It was a surprise to see the NY Times put its stamp on this open secret. The disclosure of Israel’s involvement in wanting to break up any momentum to defuse tensions in the Persian Gulf by negotiations, even providing the key intel of Soleimani’s team flying to Baghdad, was a bonus.

The people who run Israel are all about exploiting chaos, and any talk about deescalation or peace is like holding a cross in front of a vampire. Trump and Netanyahu are 100% aligned with preventing deescalation, as that undermines their aggressive intentions in the region. Iran is the bogeyman they use to exploit tensions.

The only fixing they want to do in the Mideast is to have complete control over it. Imagine that. And they will pay for doing it with our money and our blood, or at least the blood of our professional army that already is gaining a taint of a mercenary one in Syria, and now Iraq, by acting as occupiers and asset strippers.

Getting the vet orgs to speak out against this appears to be an impossible task. We may have to consider creating a new oath to “defend the Deep State and to subjugate the world to our fullest extent possible,” for our professional military.

That Trump can openly state that “we are staying in Syria to get the oil, I love oil”, and we do not even a whimper from the American heritage and military orgs, is a sign that civic leadership is in some kind of a trance.

When their country really needs them to push back on this runaway unipolar train, they are sitting on the sidelines like it is none of their business, yet at patriotic events it is all “duty, honor, and love of country”.

People like former Sec. of State Colin Powell’s chief of staff, Larry Wilkerson, are few and far between, despite his leading by example and proving that it can be done. He’s fighting the good fight, and making the army officer corps look like they are ducking getting involved in controversy. It’s one hell of a sad thing to see … Jim W. Dean ]

“The decision by President Trump to authorize the killing of Maj. Gen. Qassim Suleimani, Iran’s most powerful military commander, might ultimately deter future Iranian aggression. Yet a recent C.I.A. analysis concluded that Iran, while struggling to continue funding its military activities under American sanctions, appears no closer to entering direct talks over its nuclear program, according to American officials familiar with the assessment.

Israeli intelligence officials have also determined that the escalating tensions have made Iran only more determined to gain a nuclear weapon, and to take concrete steps toward amassing enough nuclear fuel to build one.”

The paper reported on Thursday that General Soleimani had been arranging talks in Saudi Arabia and United Arab Emirates in order to de-escalate tensions with Tehran.

The Times wrote that the talks happened after Saudi Arabia and the UAE, which are central to the Trump administration’s so-called regional alliance seeking to pressure Iran, began to question the efficiency of Washington’s anti-Iran campaign.

According to the report, one such meeting took place last September in Abu Dhabi, the capital of the United Arab Emirates where a plane carrying “senior Iranian officials” landed for talks.

News of the meeting, which reached Washington only after it was notified by reports from American spy agencies, “set off alarms inside the White House”, according to the report. The report added that a similar mediation attempt, also arranged by Gen. Soleimani, was underway between Tehran and Riyadh using Iraqi and Pakistani intermediaries.

The report wrote that the developments had greatly concerned Israel, which had been trying to push the Trump administration to exert more pressure on Tehran.

According to the Times, US Secretary of State Mike Pompeo met Mossad chief Yossi Cohen on October during a trip to Israel where he was briefed on Iran’s attempted de-escalation talks with Saudi Arabia and the UAE.

Cohen warned Pompeo that Tehran was effectively on the verge of achieving its “primary goal” of breaking up the so-called “anti-Iran” alliance. A few months later in early January, General Soleimani was assassinated by Washington’s order while on a formal visit to Baghdad.

According to former Iraqi prime minister Adel Abdul-Mahdi, General Soleimani was due to formally meet the Iraqi premier during the trip and was carrying Tehran’s response to a message from Riyadh regarding the de-escalation talks.

Following the attack, the Trump Administration claimed that the assassination had taken place after a reported rocket attack on a US base in Iraq killed a “US civilian contractor” and that Gen. Soleimani was an “imminent threat” to US citizens.

Many US political figures have rejected the claims and have questioned why the Trump administration has failed to provide any evidence backing its actions.

The New York Times’ Thursday report, however, reveals that entirely different considerations, such as Israel’s push to undermine Iran’s attempts at peace with its regional neighbors, were behind the assassination.

According to the report, the assassination marks yet another miscalculation by the Trump administration which has failed to bend Iran through its “maximum pressure” campaign.

Following its unilateral withdrawal from the 2015 Iran nuclear deal in 2018, the US imposed unilateral sanctions against Tehran in a bid to goad Tehran to accept new terms dictated by Washington.

The Times, however, reported that a recent analysis conducted by the Central Intelligence Agency  (CIA) shows that the sanctions have had little effect in fulfilling Washington’s goals.

The US has also sought to pressure Iran militarily by deploying troops to the region and creating a regional anti-Iran alliance in the region as part of if its anti-Iran campaign.

Washington called for the formation of a naval coalition in the region following a string of suspicious attacks on oil tankers in the Persian Gulf. Iran has vehemently denied the accusations, saying the incidents appear to be false flag operations meant to frame the Islamic Republic and push US interests.

Citing instances such as the major Yemeni attack on Saudi oil facilities last September and Iran’s downing of a US Global Hawk spy craft in June, the New York Times report said stepped-up US military presence also failed to achieve its objectives.

Witnessing the Trump administration’s faltering policy in the Middle East, Saudi Arabia and the UAE were convinced to open direct talks with Tehran, the report noted.