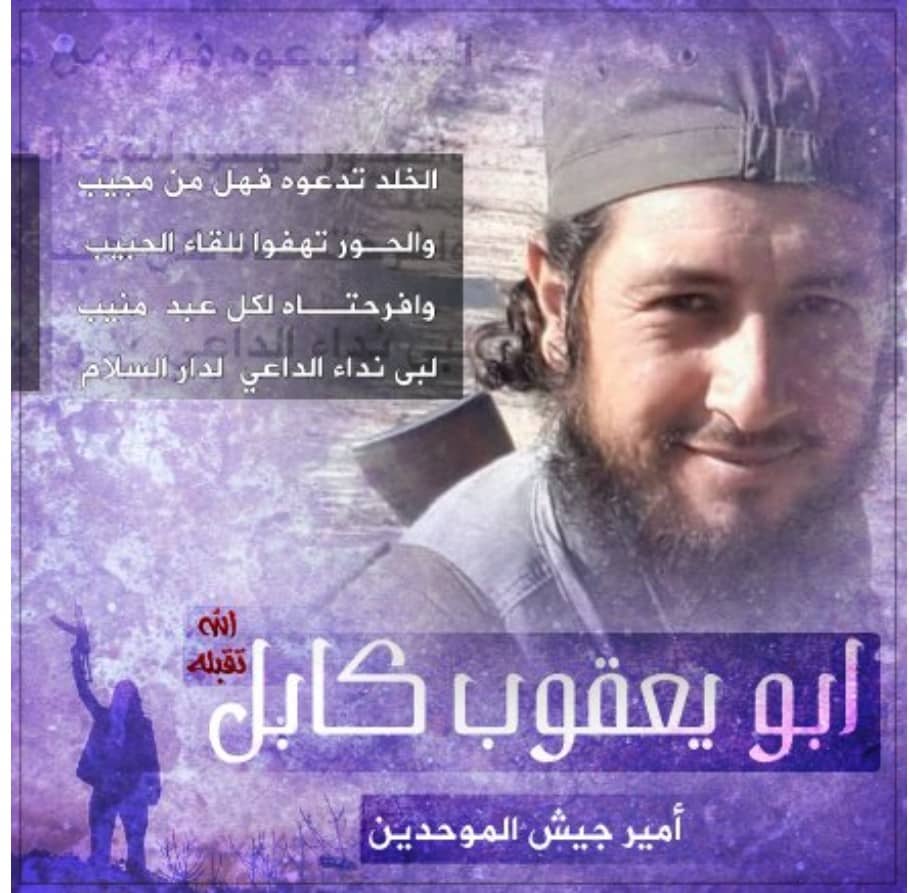 A senior military commander of al-Qaeda-affiliated Horas al-Din, one of the biggest terrorist groups in Greater Idlib and one of Turkey’s biggest military allies, was killed in a Russian airstrike on February 12.

The airstrike reportedly targeted the commander known as Abu Yaqoub Kabul, while he was fighting the Syrian Arab Army (SAA) in western Aleppo. The terrorist was taking part in a Turkish-led attack.

Abu Yaqoub was the commander of Horas al-Din’s al-Muahideen Army, a large unit of Jihadists that mainly operates in the northern governorate of Aleppo. The al-Muahideen Army is one of the biggest formations of the terrorist group.

The exact origin of Abu Yaqoub was not revealed. However, his pseudo surname, Kabul, hints that he may be from the Afghan capital or an al-Qaeda veteran who fought there.

Hundreds of Jihadists from Horas al-Din and other terrorist groups were neutralized by the army during the last few months. The remaining terrorists are now desperately attempting to stop the army’s advance in Greater Idlib, taking advantage of the increasing Turkish military presence there.
South Front