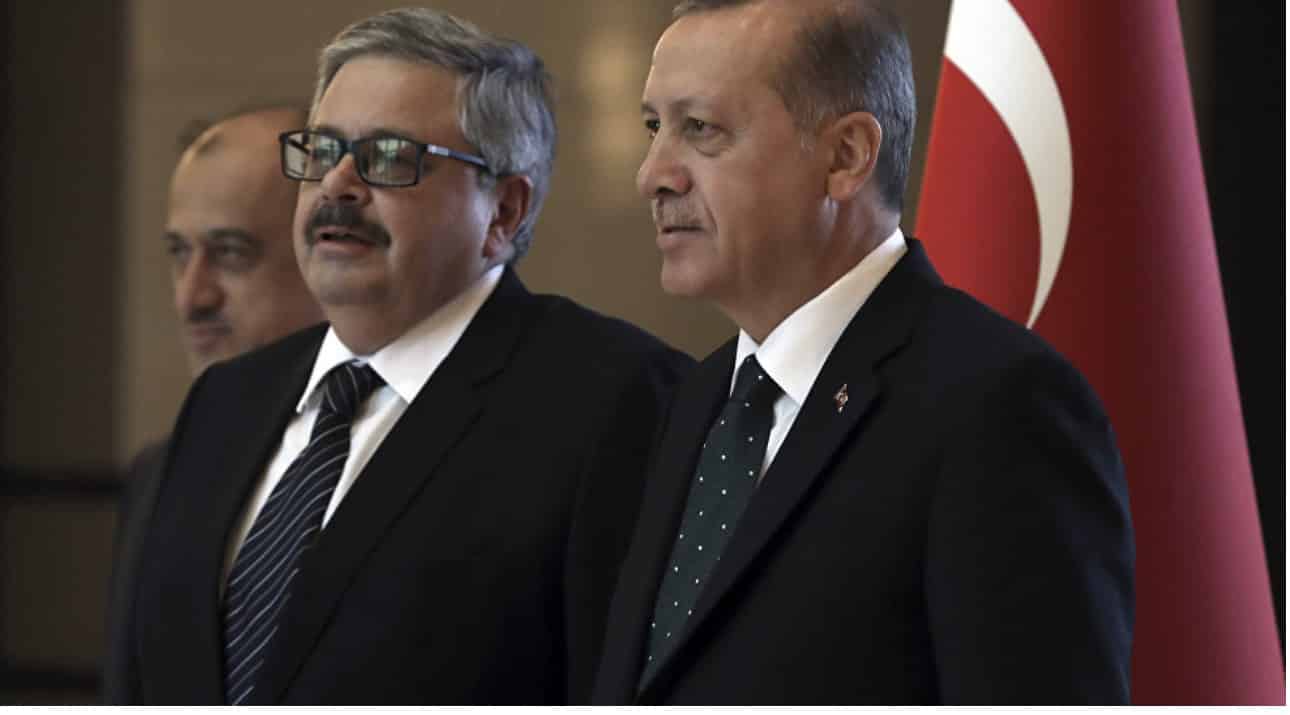 ANKARA (Sputnik) – Escalation in Syria’s northwestern province of Idlib has triggered anti-Russian sentiment on Turkish social media, Russian Ambassador to Turkey, Aleksei Erkhov, said in an interview with Sputnik on Thursday, adding that he also has been threatened.

“By the way, all this [anti-Russian sentiments] happened once, five years ago, in media and on social networks, only it was in Aleppo instead of Idlib. How did it end? [With an] ‘Aircraft crisis’ and the outrageous murder of [Russian] Ambassador Andrey Karlov. I also have already been directly threatened,” Erkhov noted.

The ambassador pointed out that blog posts were full of the kind of anger and hatred that discourages people to think logically and understand their Russian partner’s actions, increasing the danger.

“There is absolute reluctance to understand the partner, logic of their actions, to listen to their words and take for granted their right to own a point of view, different from your vision, of what is happening. That kind of attitude can turn into big trouble,” the diplomat noted.

Regarding the ongoing escalation in Idlib, Erkhov described a withdrawal of Syrian armed forces from the province as ‘unlikely’.

“The Syrian army is fighting on its own sovereign territory for the rights of its people, including the right to live the way their fathers and grandfathers used to live, and not by rules imposed by some bearded outlanders. So it has liberated dozens of villages from the illegal armed groups, as well as the strategic М5 highway, in recent days, and it is unlikely for someone to be capable of turning back the advancing army,” Erkhov said.

He also addressed the issue of the Turkish observation points.

“When we agreed in Sochi on their continued existence we meant that they would monitor the implementation of the ceasefire and the agreements, committed to the memorandum. But the agreements are not fulfilled, combat is still going on, and thus a question emerges: why do we conduct this so-called monitoring? What functions do these installations, which are essentially what is called ‘defended positions’ in the military parlance, perform?” the ambassador added.

Tensions in Idlib, one of four de-escalation zones in Syria, intensified last week after the Turkish Defence Ministry said eight Turkish military personnel and a civilian died in shelling by Syrian troops on Turkey’s observation post in the province. As a result, Turkish President Recep Tayyip Erdogan pledged to take retaliatory measures if Syria’s armed forces failed to stop their operation in the zone and withdraw from areas close to Turkish observation posts by the end of February. In addition, Erdogan said he had asked Russian President Vladimir Putin to pressure the Syrian government into stopping its Idlib offensive.

Moscow has urged Ankara to comply with existing agreements on Idlib and expressed its regret over Turkey’s failure to dissociate armed opposition from terrorists. On Wednesday, Russian Foreign Ministry spokeswoman Maria Zakharova slammed Erdogan’s decision to ask NATO for support against the Syrian army in Idlib.

In May 2017, warring parties held talks in the Kazakh capital of Nur Sultan (formerly Astana) under the mediation of Russia, Iran, and Turkey, and concluded a ceasefire agreement and established four de-escalation zones. The Sochi agreement, brokered in September 2018 by Putin and Turkish counterpart Erdogan, created a demilitarized zone along the contact line between the armed opposition and government forces in Idlib. Under the terms of the deal, militants must withdraw from this zone.