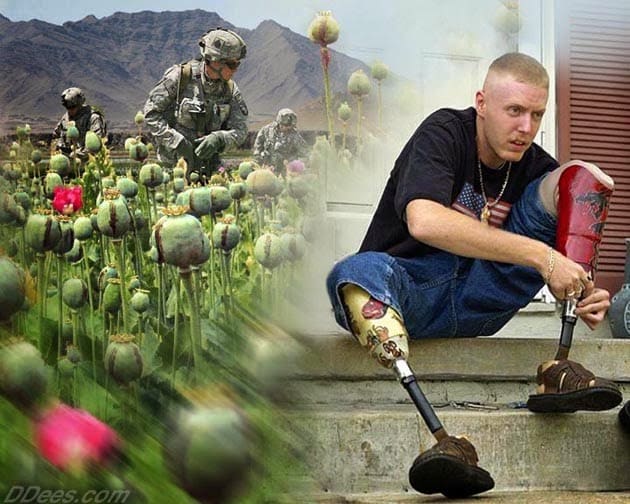 “The U.S. will ultimately have to admit defeat and leave Afghanistan,” Kevin Barrett said in an interview with the Balkans Post, adding, “But the current ‘troop reduction’ is an election-year ploy by Trump.”

Balkans Post:  More than 18 years have passed since the United States invaded Afghanistan. What goals and strategies have the U.S. pursued in Afghanistan? Has the U.S. been successful?

Kevin Barrett: The U.S. originally claimed it was invading Afghanistan to eliminate al-Qaeda’s base of operations there and to remove the supposedly al-Qaeda-supporting Taliban government from power. But this pretext was a lie.

The Taliban had already offered to hand over Osama Bin Laden to the International Criminal Court or a neutral third country as soon as any evidence was offered to support the U.S. allegation that Bin Laden and his al-Qaeda organization were responsible for the 9/11 attacks on New York and Washington. Bush refused to provide any evidence of Bin Laden’s guilt, saying “we know he’s guilty” even though there was no evidence supporting that claim. In fact, U.S. leaders knew full well that the 9/11 attacks were a false flag orchestrated by neoconservative Israeli agents, not Bin Laden.

But by falsely blaming the attacks on al-Qaeda they found a pretext to implement the policies demanded in the September 2000 PNAC document “Rebuilding America’s Defenses.” Among those policy shifts: A series of unprovoked attacks on Muslim countries.

The real motivations for the U.S. war on Afghanistan involve resources and geopolitical strategy. Afghanistan is a resource-rich country and a potential energy pipeline site that the U.S. wanted to control and plunder. Crucially, Afghanistan had been the world’s leading producer of opium before the Taliban shut down drug production.

In 2001, powerful forces in the U.S. desperately needed to re-start the CIA-dominated opium trade in order to use drug money to prop up the bottom lines of America’s biggest banks and corporations. And Afghanistan occupies a critically important spot in the middle of Brzezinski’s “grand chessboard.” By putting U.S. bases in Afghanistan, the U.S. intended to surround its geopolitical opponents Russia, China, and Iran, with U.S. military power.

The U.S. has succeeded in rebuilding Afghanistan’s opium industry and sparking unprecedented levels of drug production and distribution. But it has thus far failed to exploit Afghanistan’s other resources. It has wasted trillions of dollars on the occupation. And its military bases have not deterred Russia, China, and Iran from forming a loose alliance that is poised to end the era of unipolar U.S. domination. So, on balance, the U.S. occupation of Afghanistan has been a failure for everyone except the drug lords.

BP: Afghan President Ashraf Ghani said last month that his country is prepared for a major reduction in United States forces there. What’s your take on the reduction of U.S. presence in Afghanistan?

Kevin Barrett: The U.S. will ultimately have to admit defeat and leave Afghanistan. But the current “troop reduction” is an election-year ploy by Trump. About 4,000 of the 12,000 U.S. troops will leave now, during the winter, when there is little fighting anyway.

But the Taliban spring offensive is coming, and we will see what the U.S. does when it continues to lose ground in the warmer months.

According to Bob Woodward’s book Fear, Trump wants to pull the U.S. out of Afghanistan but has been talked out of it by his advisors. Whether he can defy his advisors and order a humiliating “Saigon 1975” retreat during the coming summer and fall election season remains to be seen.

BP: American negotiators have been in talks with the Taliban to finalize a “peace deal”. The talks have excluded Ghani’s government. How would you analyze the prospects of the talks?

Kevin Barrett: The American exclusion of Ghani’s government from the phony “peace talks” just shows the hypocrisy of the American claim that it is trying to promote a stable and independent Afghanistan. In fact, it has no confidence in its own puppet government, which it treats with complete disdain.

As for the Taliban, at this point, it represents the sentiments of the majority of Afghans, who want the U.S. to leave. Since the Taliban is winning, it has no motivation to sign any deal that leaves Afghanistan occupied, in any way shape or form, by the American war criminals. So, the “peace process” is a charade. The war will only end when the U.S. packs up and goes home. And even then, there may be a period of civil war before peace and stability can return.

BP: What do you think about the Afghanistan Papers that were revealed by the Washington post? What’s new in the documents?

Kevin Barrett: The Afghanistan Papers, like the Pentagon Papers during the Vietnam War, shows the U.S. government and military have been systematically lying to the American people and the world throughout the course of a disastrous and unwinnable war. The reality, in both cases, was that the U.S. was losing because it could not occupy a proud nation against the will of that nation’s people.

So American leaders continually lied to convince their people that victory was always just around the corner if we just spend more money and send more troops. Most Americans now understand that their government has been lying to them since 9/11. They want to end the Forever Wars. But the American Deep State, which retains power no matter who wins elections, continues on its calamitous course, driven by blind greed in service to money and power.