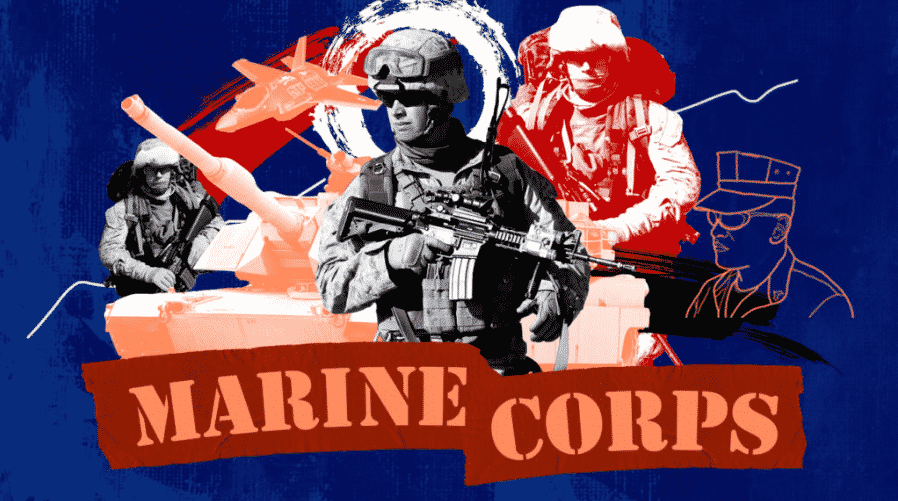 The leadership of the US Department of Defence gives priority to the development of the Marine Corps (MC) of the national Navy, considering it as one of the most universal and effective tools for ensuring American interests anywhere in the world.

The Marine Corps, as a component of the Navy, has a special status in the US Armed Forces and can be considered an independent type of armed forces for a number of reasons. The development directions of the MC and improvement of its organisational structure, as well as the general principles and procedures for the combat use of formations of this type of troops are determined by conceptual documents, primarily by “Expeditionary Forces of the XXI Century” and “The Concept of Combat Operations of the Marine Corps”. They were published in 2014 and 2016 respectively.

The main requirements for the MC is to continue its constant readiness to respond quickly to sudden threats and maintain the necessary level of forward presence, as well as the ability to operate as part of the united and multinational formations of various levels. In addition, attention is focused on the readiness to conduct expeditionary operations. Special emphasis in the documents is placed on the need to equip the MC units with highly professional specialists who can effectively use modern weapons and military equipment (WME).

The top priority areas of the US Marine Corps development include:

About $10 billion are planned to be allocated annually to bring the number MC to 200 thousand military personnel by 2022.

Changes in the OSS are associated with an increase in the number of command units of marine expeditionary divisions (MED).

The structure of this management body is planned to include an information support battalion (up to 500 people) and a company of automated control and communication systems (up to 200).

The reorganisation is carried out in the framework of the new manual “Conducting Information Operations by Formations of Heterogeneous Marine Corps Forces”.

According to military experts, this will improve the efficiency of the MED headquarters in the context of a significant increase in the volume of data received and processed during combat operations.

It currently has about 2,500 personnel and includes intelligence, communications, law enforcement battalions, a radio battalion and a company of aircraft operators. After the reorganisation, which is planned to be completed by 2020, the number of this structure will increase to 3,200 troops. The operational and combat training (OCT) reform will aim to prepare the command and control forces to engage in combat operations with a strong enemy in an environment of active electronic and firing suppression of communication, navigation and intelligence systems. Computer simulation systems should be widely used in the training process.

In accordance with the development programmes, modernisation and purchase of modern air defence systems, the MC command is taking measures to increase the firepower of ground units, primarily through the modernisation of the M777 155-mm towed howitzer, the M327 120-mm towed mortar, and the M142 227-mm HIMARS multiple launch rocket system.

The MC aviation development programme for the medium term (until 2025) provides for a qualitative upgrade of the aviation fleet and radio equipment, including: Traditionally one of the main priorities of the command of the United States Marine is to improve the work with personnel. In this area, a number of innovations are expected: allowing women to hold positions in all military specialties, including “combat”; the introduction of full-time assistants to company commanders (squadrons) for physical training; the dismissal of military personnel with “destructive” behaviour, who used drugs and abused alcohol, as well as those caught in sexual crimes. In addition, it provides for an annual increase in the basic salaries of military and civilian personnel by 1.3%, preferential taxation and additional payments upon re-contracting.

Work continues to enhance the capabilities of the advance storage system. Currently, there are two storage ship squadrons (the 2nd in the Diego Garcia naval base (Chagos Archipelago) and the 3rd in the Guam naval base (Mariana Islands)) and a warehouse complex in Norway.

The storage vessels of each of the squadrons, as well as in Norway, store the supplies of the air force and materiel necessary for the conduct of combat operations by the MC expeditionary brigade for 30 days.

The introduction of the “Montford Point” type of floating base (FB) storage vessels in the squadrons at the end of 2015 significantly expanded the capabilities of mobile logistics support for marine corps formations.

As specialised platforms, the Montford Point-type FB can significantly reduce the time during operations for unloading weapons and equipment from storage vessels to the unequipped coast in the absence of a mooring front and port loading and unloading infrastructure. To do this, they are equipped with places for placing vehicles, a ramp for the transition of armoured vehicles, mooring devices for landing boats on an air cushion. In addition, aviation fuel storage facilities with a capacity of 1,500 tons are installed on board the FB.

Thus, the ongoing activities will affect not only the quantitative but also the qualitative component of the American Marine Corps. The number of personnel will increase by 14 thousand people, the MC will receive the latest attack and transport helicopters, the replacement of tactical fighters will be completed, and the UAV squadrons will be equipped with new types of aircraft.

The organisational structure will be optimised. All this will significantly increase the combat potential of the Marine Corps by 2025, expand the range of tasks it solves, and raise the level of interaction with the fleet forces.

*Appointed on September 24, 2015. He was the 37th commandant of the United States Marine Corps.