[ Editor’s Note: The SAA and its allies continued their offensive momentum today. They are pushing the jihadis out of west Aleppo, clearing the flatland areas and looking toward building a strong defense line in the NW hills where maneuvering by attacking Turkish forces would be an ambush shooting gallery on narrow mountain roads.

The Turkish equipment supplies have encouraged some armored jihadi counterattacks further south on the M5 highway western flank, but the SAA forces seem well prepared. Their intelligence division is supplying notification of developing attacks so they have the fire power ready to defeat them. The jihadis are losing their experienced combat troops.

Once the Aleppo area is cleared the support troops can move in to conduct de-mining sweeps, perform local security and the civilian infrastructure people can begin getting utilities working to support the rebuilding that will be needed this Spring.

On the political side, the partial withdrawal of American troops from Iraq appears to just be a redeployment into Syria, surprise, surprise…so they are still in play to engage in Trump mischief of stealing Syrian oil.

Erdogan is juggling his failing campaign in Idlib and overextension in Libya. The troops sent there are the “disposable” kind where if all are killed, that will not hurt his political base at home. Trump will use the current situation to his advantage.

The US have been playing this game for years, using cheap third world Muslim extremists to do its dirty work, with no worries about veteran college education costs and lifetime medical and family support.

With an over populated world, we are told the Deep State crowd feels it can keep wars like this running forever with minor US casualties, and the cash register constantly ringing. Imagine that… Jim W. Dean ]

Update: 16:10 EST – Western Aleppo area is fully cleared. VT congratulates all those who contributed to this many years of struggle to free the city from mortar and rocket attack. 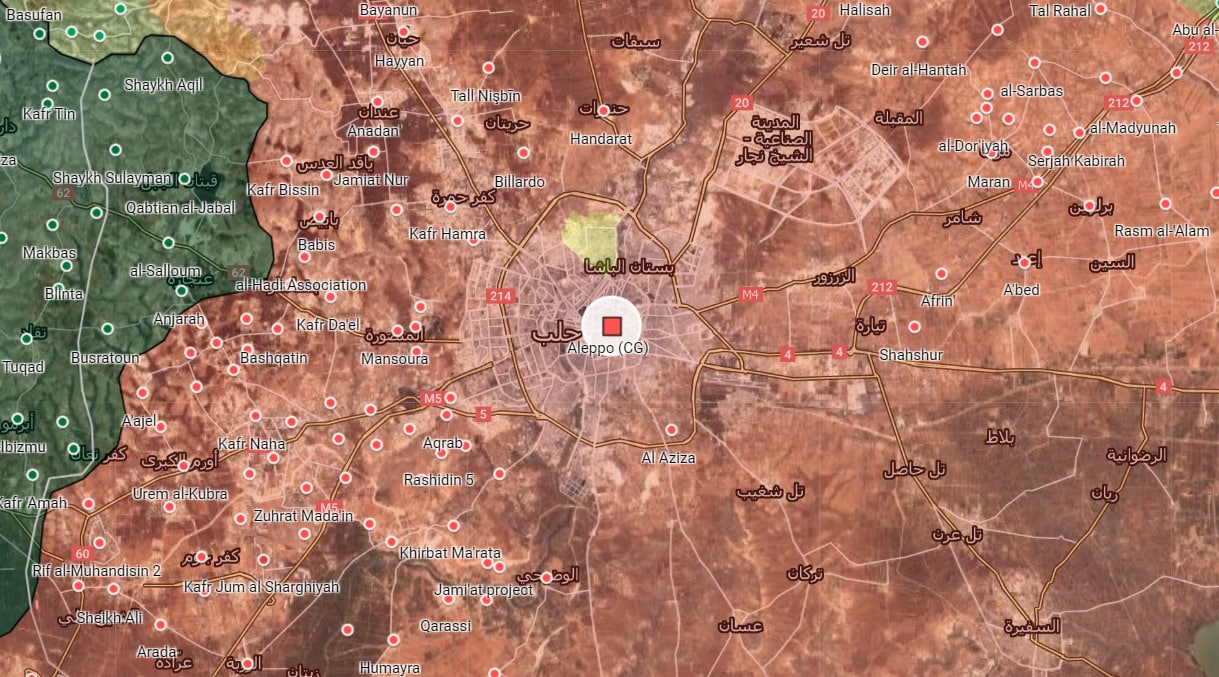 On February 16, the remaining positions of al-Qaeda-affiliated Hay’at Tahrir al-Sham (HTS) and Turkish-backed factions in northern and northwestern Aleppo began to collapse following a new push by the Syrian Arab Army (SAA).

Advancing from several directions, the army and its allies managed to liberate the following areas:

Earlier today, HTS and its allies launched a large-scale counter-attack against the SAA in western Aleppo in a last ditch effort to hold onto the region. However, the attack was repelled with the militants sustaining catastrophic losses.

The SAA will likely secure northern and northwestern Aleppo within a few days, if not hours. The remaining militants in the region are reportedly fleeing.