by Vladimir Odintsov, …with New Eastern Outlook, Moscow, …and the Institute of Oriental Studies of the Russian Academy of Sciences, a research institution for the study of the countries and cultures of Asia and North Africa

[ Editor’s Note: Odintsov has a good review on the boomerang effect we are witnessing around the world from Trump’s “America First” foreign policy. While some major countries like Japan currently support it, the opposition and the media there do not.

Europe has also been thrown into disarray, with Russia being presented by Trump as the perennial Russian Bear when the concept is cheap geopolitical theater.

Putin has always viewed Europe as a key long term economic partner, not only for the trade benefits but that it would be a buffer against future hostilities instigated by bad actors.

None of this is Trump’s creation, but he has been the perfect puppet for the Deep State actors who take their business seriously. Surprisingly, the other countries seem unaware that the America First con is really “Deep State First,” and they have yet to engage in direct negotiation with the latter as it does not like to show its face in public.

Unmasking the Deep State is step number one to begin pulling some of its teeth, which get us onto the Yellow Brick Road process used in The Wizard of Oz when Dorothy throws a bucket of water on the Wicked Witch of the west.

Any ending that you won’t just have a beginning, and we have failed miserably in that regard. VT took a major shot at the Damascus CounterTerrorism Conference in 2015 with Gordon’s headline presentation. Three of the four of us were poisoned the next day with E. coli.

World media predictably ignored the event, but we will have the video forever, despite Google pulling Gordon’s YouTube account down to block its audience from seeing the footage.

That starts with planting a flag for others to rally around. So far in the EU only Macron has done so, albeit half-heartedly, with Merkel in the number two slot. The EU as a whole seems clueless, evidenced by its continued support for the Russian sanctions over a violent Ukraine coup that had obvious NATO involvement to assist the West moving closer to the Russian border.

That was no benefit to the EU because it put its forces in the frontline crosshairs. It benefited the America First policy, using EU countries (and advanced placement US troops) as cannon fodder in the next big war … Jim W. Dean ] 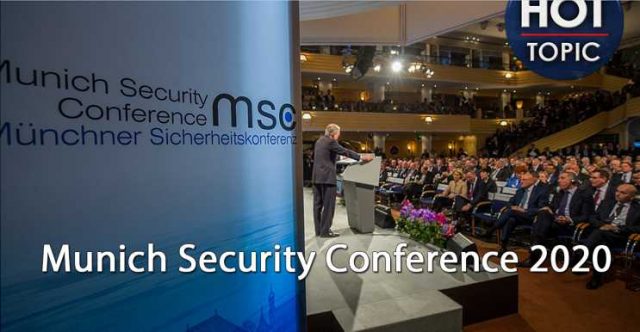 Recently, an ever-increasing number of countries has started distancing itself from the United States. This process became particularly noticeable a couple of years ago when Donald Trump announced a new policy that he dubbed America First.

It’s noteworthy that in the aftermath of the Cold War the US assumed a dominant role on the geopolitical stage, claiming that it was the sole surviving superpower. Under Trump’s leadership, America would try to maintain its “primacy” over the rest of the world at all costs, but Washington’s policies under the slogan America First have recently started to provoke rejection by a great many of countries of the world.

More and more often across the EU analysts turn to discuss the question that bugs them the most: who is the principal problem for Brussels – Russia or the United States? Which of these powers is a lesser evil for Europe?

And now, the recent diplomatic steps undertaken by Angela Merkel provide us with an answer to this question. Recent contacts and personal meetings between the leaders of Germany and Russia on topical issues facing Europe and the Middle East, on the civil war in Libya, an exacerbation of tensions between the US and Iran, on the conflict in Ukraine and the completion of the Nord Stream 2.

These all clearly hint about warming ties between Moscow and Berlin. We see assessments of how Europe’s perception of the United States changed in recent years, the growing criticism of Trump’s policies introduced against the current leader of the EU – Germany, as the latter suffered significant financial losses due to harsh anti-Russian sanctions imposed from across the Atlantic.

And Germany is not the only one frustrated here, as a lot of European companies have effectively lost the Russian market with their former positions now being firmly occupied by Chinese manufacturers. However, Berlin continues to suffer from US sanctions, especially those recently introduced against the Nord Stream-2 gas pipeline, as the US refuses to take into consideration the damage it has inflicted upon one of its closest European allies – Germany.

Angela Merkel, a sensible European leader, has already realized that the EU should rely on its own strengths to ensure security and safeguard its interests while adjusting to ever-changing realities.

Therefore, it is not surprising that an ever-increasing number of political parties that are competing with Merkel’s CDU has come to a common conclusion that it’s time to revise their policies towards Moscow and do away with Washington’s sanctions.

Pretty much the same can be said of the French leader Emmanuel Macron who is trying to escape a dangerous trap of getting locked in a confrontation with Russia, that is why he keeps reminding his listeners that without sorting out differences with Russia, there’s no independent and secure future for Europe.

However, such steps won’t make those politicians handled by Washington happy, as those continue reiterating Cold War slogans and inciting further confrontation with Moscow. That is precisely why the question of Europe’s approach to Moscow was made the main topic of upcoming discussions at the Munich Security Conference, which opens its doors in the Bavarian capital on February 14.

This summit is held annually in Germany since 1962, as it was known as the Conference on Military Affairs before 1993. It’s noteworthy that both in the report published on the eve of the conference and in various interviews given by the Chairman of this conference – Wolfgang Ischinger, we hear the same exact notions about the collapse of the West that was more or less a cohesive geopolitical body.

But it’s underlined that ever since Donald Trump took office, the United States and Europe are no longer pursuing the same goals. Ishinger points to the Middle Eastern region as an example, as the EU doesn’t have its own effective solutions for hotbeds of tension and wars that exist there.

In Ischinger’s opinion, Europe and the US are moving away from each other because they have realized that the era of Western hegemony is gone, as they failed to impose their own vision of globalization on the rest of the world, and now every man is for himself.

Speaking about military cooperation between Europe and the US, one should not forget that media sources all across Europe have recently started to criticize the Pentagon that sends an ever-increasing number of troops and arms across the Atlantic.

Thus, in the European edition of Modern Diplomacy, we find dissatisfaction with the fact that American officers will be presiding over the largest military games in modern history – Defender Europe 2020, while European troops are expected to be contended with playing a purely supporting role. In particular, the publication states:

Moreover, “wars and conflicts along the European periphery are increasingly being decided by other powers, with Europe playing no discernible role in their resolution.”

Now we start witnessing the Old World growing increasingly critical of NATO, but in response, Washington decides it’s about time to try to put out a fire with gasoline staging the largest exercise of the North Atlantic Alliance in three decades. However, if the Russophobic hysteria is to be carried on, then the consequences of such a method to the madness may overshadow the Cold War with the deployment of hundreds of nuclear-capable missiles on both sides.

In recent decades, the US would typically throw its allies under the bus by demanding them to take up various military responsibilities. But in a multipolar world, such an approach may lead to unintended consequences like those allies failing to fulfill the stated goals or them getting tired of being manipulated and leaving the “allied camp” altogether.

This notion becomes particularly viable when we take a closer look at Manila sending a notice to the United States about the termination of the bilateral Visiting Forces Agreement earlier this week, which has been in effect since 1998.

The official spokesperson of the President of the Philippines, Salvador Panelo, noted that the agreement will cease to be valid after 180 days since the announcement. It should be recalled that Rodrigo Duterte would demonstrate his intention to move away from Washington and get closer to the “non-traditional allies” like Russia and China time and again.

On the eve of the 60th anniversary of the signing of the Treaty of Mutual Cooperation and Security Between the United States and Japan, the Japanese public urges its government to take a step away from the United States.

The vast majority of Japanese media sources voice critical assessments of the above-mentioned security treaty and its incompatibility with the current military and political realities of the world, as it puts Japan in a position when in can be drawn unwillingly in a number of military conflicts.

Some of those sources try to point out the mistake of Shinzo Abe’s government, which is trying to turn a blind eye to the discontent of the people, while others speak of the urge to get away with this burden that endangers Japan.

Even the leading Japanese liberal newspaper Asahi Shimbun now argues that when President Trump came to power in the United States, he jeopardized the security cooperation between the US and Japan by announcing the short-sighted America First policy.

Currently, the real question is how Japan may carry on working with America, which has transformed from what was described as a global policeman into a demolition machine that has gone haywire.