Home World Turkey to Russia: “We’ll Make Skyscrapers of Skulls Out of the Russian... 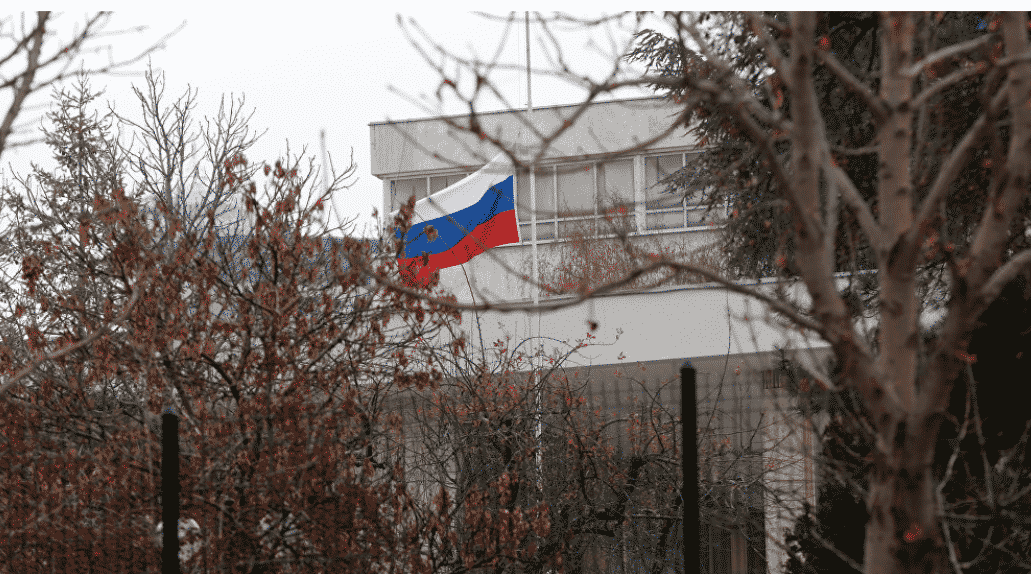 On a personal note, Turkey is a fine country with wonderful people, lots of cool ruins and great food.  VT loves Turkey and VT staffers have many good friends in Turkey, some run their army, their navy, and their intelligence services.

Sputnik/Moscow: Earlier this week, the ambassador revealed that the recent rise in tensions between Moscow and Ankara over Russian support for Syria in Idlib had led to threats being made against his life, recalling that the last crisis in relations between the two countries led to the assassination of his predecessor by a Turkish radical.

Russian Ambassador to Turkey Alexei Yerkhov has expanded on his earlier comments about the threats he and embassy staff have had to deal with in recent days, stressing that while he does not take them to heart, they’re unacceptable because he is a representative of Russia.

“As far as the threats are concerned, we’ve discussed them at length, and even publicized the most odious ones. Among the last which we’ve received last night and this morning are comments such as ‘We’ll build skyscrapers out of the skulls of your army’, and ‘You’ll pay the price for every drop of blood you shed’, and so on,” Yerkhov said, speaking to Zvezda on Sunday.

The ambassador noted that he could not help but treat this subject with the utmost seriousness since it’s not simply a matter of threats against himself.

“Someone may say that this is a case of people letting off some steam and moving on, someone else may say this is democratic. It’s hard to disagree with these viewpoints. But at the same time such actions are unacceptable because we’re not talking about the embassy or the ambassador, but about Russia and all of its representatives,” Yerkhov stressed.

“Why are the threats unacceptable? Because threats against Russia in themselves are a factor in the radicalization of public sentiment – they are read and accepted. Those who write them may not be fully aware of it, but they are starting a chain reaction of xenophobia, anger, and hatred which can find a real-world manifestation. Many experts have recalled that the information and propaganda situation emerging in recent days is reminiscent of the one which reigned five years ago, and we all remember how that ended,” the ambassador warned, referring to the 2015 murder of Russian ambassador Andrei Karlov in Ankara in late 2016 in the wake of the crisis in Russian-Turkish relations following the 2015 Turkish shootdown of a Russian aircraft over Syria.

According to Yerkhov, he is worried at least of all about his personal security. Praising Turkish authorities for the professionalism they’ve shown in protecting him, he stressed that everything possible must be done to prevent inciting anger, hate, and hostility between Turks and Russians because it’s impossible to protect all employees of foreign organizations or to isolate all Russian nationals in Turkey.

At the same time, the diplomat suggested that the current tensions “could threaten the entire complex of Russian-Turkish relations…which was painstakingly constructed by the efforts of tens of thousands of people, starting with our countries’ presidents, who made a considerable personal contribution to the development of these bilateral relations.”

On Saturday, the Russian Foreign Ministry said it expected Turkey to do everything in its power to ensure the safety of Russian diplomats and tourists in the country. Earlier, Turkish media reported that a group of teen vandals had desecrated twenty Christian graves at Ortakoy cemetery in Ankara, including the graves of Russian immigrants.

Relations between Russia and Turkey cooled this week following the deaths of over half a dozen Turkish troops in a Syrian artillery strike in Idlib, Syria. The attack escalated into a shooting war between Syrian and Turkish forces, with Ankara threatening a full-scale offensive if Syrian troops didn’t withdraw from the de-escalation zone.

Moscow has accused Ankara of failing to live up to its commitments to separate moderate opposition fighters from terrorist militants and has warned against further escalations. Syria, which launched its Idlib operation in December following repeated attacks on its forces, has said that it will continue to conduct anti-terrorist operations in Idlib and elsewhere in Syrian territory regardless of Turkish threats to intervene.