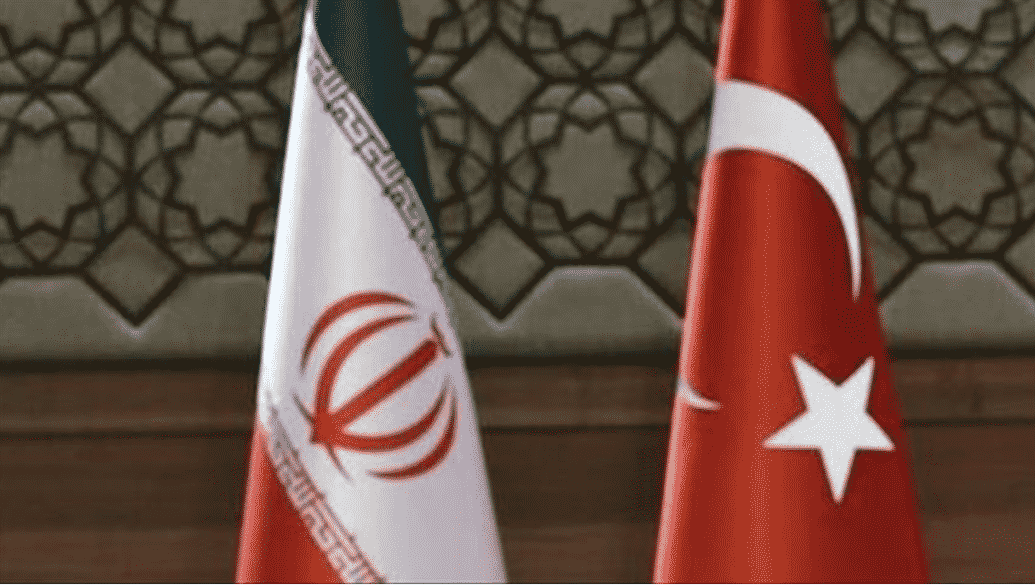 ISTANBUL: Following the Arab spring, the historical competition between Iran and Turkey has gained momentum.

While Turkey is supporting grassroots movements in the region within the framework of stable peace and democratization vision, Iran is making use of the lack of authority by reorganizing proxy powers similar to Hezbollah, utilizing differences between sects, thus creating its own faithful Shiite militia forces.

In this process, the two countries have different visions for the Middle East and created more tension in relations.

Turkey’s vision of regional development and integration is pitched against Iran’s regional strategy prioritizing geopolitical wins. The most important grounds for this conflict has become Syria.

In terms of the Syrian civil war, Iran has stood against Turkey from the very beginning and placed more than 80 Shiite militias in Syria. Not once reacting to Israel’s hundreds of air attacks in the south of the country, Tehran was aggressively against Turkey-backed Syrian National Army on the northern front.

Ignoring Ankara’s concerns in the fight against terrorism during Operation Peace Spring, Tehran is now setting its Shiite militias in the field in motion against Turkey, who is actively endeavoring to prevent a humanitarian crisis.

Following Russia’s support for Turkey after the July 15 coup attempt, Ankara and Moscow have been in a process of convergence policy.

The two countries have embraced the “win-win” approach rather than zero-sum competition in Syria. Instead of conflict, they have now decided to cooperate.

Not having played a role in Ankara-Moscow convergence policies specifically about the issue of Syria, Tehran had to include itself in this process later on. However, despite of all these efforts for collaboration, Russia’s and especially Iran’s aims in Syria have started to conflict with Turkey’s national interests. Upon attacks in Idlib, this conflict is now for the plain eye to see. While at this point Russia shows from time to time that it is open for negotiations if necessary and Assad is not irreplaceable, Iran equates Assad’s survival to its own now.

After neutralizing Gen, Qasem Soleimani, who was the creator of the Middle East vision and commander in full power in realizing these strategies in the field, it was estimated that Iran would face a downfall in its activity in Syria and Iraq.

The situation of a Quds Force without Soleimani in Syria brought a lot of anxiety to Damascus and Tehran. In this framework, upon not being able to coordinate operations in Syria and its own forces in the field, Tehran requested for Lebanon Hezbollah to come forward to compensate for Soleimani’s absence.

When it comes to Iraq operations of Quds Force, the killing of Abu Mahdi al-Muhandis, which had a heavier impact than that of Soleimani, has left Iran so weak that it had to play its hand by putting forward Muqtada Sadr.

That his plans of “one million people demonstration” not meeting his expectations, Iranian Shiite young people’s strong opposition and his failure to create his authority over other militia forces have revealed the inadequacy of Sadr. Not finding what it expected with Sadr, Iran requested Lebanon Hezbollah in Iraq to meet Hashd al-Shaabi directly, just as it did in Syria.

According to a Reuters report published Tuesday, Hezbollah official Shaikh Mohammad al Kawtharani met with militia leaders “to unite them after the death of their strong leaders and the power gap created by that” and “to coordinate their political activities.”

It was estimated that the Quds Force would increase its activities in Afghanistan due to the lack of coordination they experienced in Syria and Iraq.

The new commander Ismail Qaani, appointed to the force after Soleimani, has spent most of its military career in Afghanistan and Iran’s eastern hinterland. Upon losing its power on the western front, the Quds Force was expected to put a power play in Afghanistan, of which Qaani was previously responsible, but this did not happen.

By cooperating with the U.S. against the Taliban in some instances during the U.S. occupation of Afghanistan, Tehran had made a new move and started defining the Taliban as “Afghan mujahideen.” However, it is observed that the Taliban does not have the same motivation against Iran. Although Tehran tried to sabotage the U.S.-Taliban peace negotiations, there was still some progress as a result. The Taliban only played its “cooperation with Iran” card to gain concessions in its negotiations with the U.S.

In the next 40 days following Soleimani’s death, Moscow and Damasus’ charge on Idlib created an important grounds for the Quds Force to put on a power show against Iran, who had now lost its previous efficiency in nearly all positions. There was a situation of mutual need among Tehran, Moscow and Damascus.

Providing the Damascus regime immediate air support, Russia is aware of the fact that regime forces will not be able to succeed against opposition forces in Idlib and only if Iran’s highly-motivated Shiite militias take the leading front will they have a chance to succeed.

Russian attempts to move forward to Idlib have failed in the past two years and their aims were not met. Regime forces capturing Khan Shaykhun in August 2019 was only possible following the new agreement between Russia and Iran, dispatching Iran-backed militias to the region.

Although Iran moves within the sphere enabled by Moscow in Idlib, Russia’s aims do not correlate with Iran’s priorities outside of the northern fronts. Having the Syrian airfield security under control, Russia leaves Iran alone in the field in the face of air attacks frequently carried out by Israel on the Syria-Iraq border.

Allowing Israel’s attacks in a very subtle manner, Russia did not allow Iran to place air defense systems in the region to block Iraq and Lebanon militias and Revolutionary Guard personnel from being targeted by Israel jets.

Lastly, although demonstrating its power under the protective umbrella of Russia on the Idlib front, Iran’s coordination in the field is remarkable.

According to voice recordings published by the U.K. Daily Telegraph, Iran’s supply and maintenance support for Fatimiyyun brigades, consisting of Afghan Shiites in the region, is now insufficient. According to stories shared by Shiite militias on social media, 12 Shiite militias, most of whom are of Pakistani origin, were killed in Khan Tuman region Feb 4. According to statements by the militia, recently there are “surprising mistakes and inadequacy” in the coordination of forces in the field and supply deliveries. Again with their words, the most important problem as of now is war engineering units to “remain inactive in creating defense fortification” in the occupied zones. This situation provides hints about the coordination problems of the Quds Force.

Although Tehran endeavors to put a power play on the stage in the short run, that Quds Force has weakened in terms of command and coordination will render it difficult for Iran to continue its active influence in Syria.