Home World Could Latest Outburst of Ankara’s Temper Lead to Escalation in Syria? 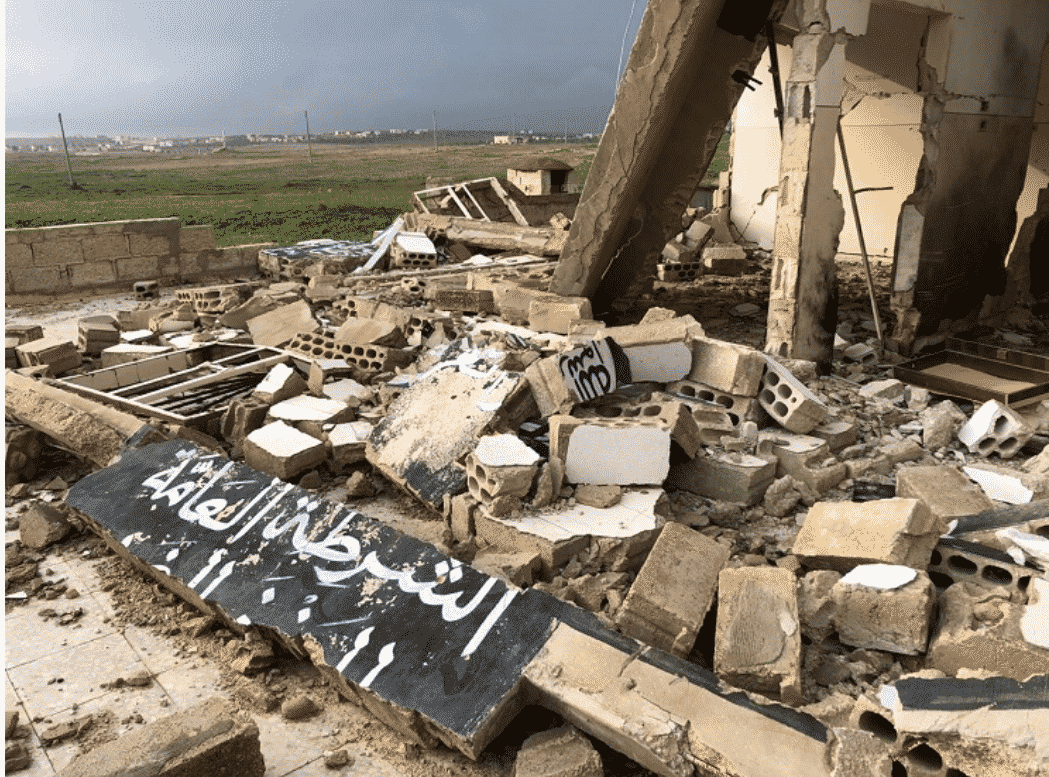 by Andre Vltchek for VT and New Eastern Outlook

So far Turkey, militarily the second mightiest NATO country, has been able to get away with virtually anything it has chosen to brew in the Middle East.

The reason why is simple: to confront Turkey’s bullying and expansionism militarily would be like confronting the United States or Israel; thousands of innocent people would die as a result, or perhaps even millions.

Moscow is well aware of the situation. Its diplomacy is superb. And its desire to keep Syria as one entity has gained admiration and support in many parts of the world. But not in the West, not in Israel and not in Ankara.

Periodically, Russia and Turkey are able to find common ground, on many issues. The people of both countries like each other a lot; there are great cultural, economic and strategic ties. And to give credit where it is due, both governments are ready to compromise, on various essential issues.

But periodically, there comes a time when the Turkish administration begins to acts irrationally and unpredictably. During such moments, agreements begin to collapse, and people die. Russia gets caught between a rock and the deep blue sea. Russia wants to resolve things peacefully, but it is also determined to protect its most important ally in the Middle East – Syria.

The problem is that while the Russian government is extremely rational, the Turkish government is often not. And when logic and hysteria meet, the consequences can be very dangerous.

In Damascus, most of the people analyze the situation with a clear mind. My government contacts in Syria wrote for this essay:

“Russia was invited to fight terrorism, by both the Syrian governments and by the Syrian people. Turkish forces are occupation forces. They were not invited by anybody. They cross into our territory, whenever they choose, and it is both immoral and illegal. Turkey supports terrorists here.”

My colleague, a leading Turkish intellectual, Erkin Oncan, and an expert on the Turkish-Russian relationship, commented for this essay from Istanbul:

“Erdogan has been playing a ‘balance game’ between the US and Russia, since the coup attempt in 2016. Erdogan’s government has developed good relations with Russia. On the other hand, Turkey never ceased sending messages to the US: We are your real allies in the Middle East; we, not the Kurds.”

For years, Turkish, Russian and Syrian analysts knew: Erdogan has been playing it both ways. Too much depended on Turkey’s involvement, both negative and positive things; but mostly negative. Even the United States handles Ankara with ‘silk gloves’, compared to how it deals with other rebellious allies.

“Turkey never raised the level of tensions so high as now.”

“Despite everything, Russia was the best alternative for AKP’s ‘anti-American’ stand. Turkey developed serious economic and political relations with Moscow, and this ‘balance game’ was in favor of the alliance with Russia, at least for some time.”

“But, policy towards Syria has annulled Erdogan’s balanced game. Because Erdogan’s ties with ‘the Syrian opposition’ became the essence of the AKP’s Syria strategy.”

“With the Sochi Agreement, it seemed that Erdogan was changing his approach towards Damascus. But since the accord was signed, it was obvious that AKP will be antagonistic to Sochi. Being against Assad, supporting the ‘Muslim opposition’, became domestic political issues, not just the foreign policy one.”

“Erdogan got suddenly stuck between his US-Russia balance game and appetite for Syria. Then, an enormous problem re-emerged – jihadism.”

“It is a known fact that the AKP government has supported the jihadi terrorists for many years. And in recent years, Turkey openly started to operate with the FSA. And the government kept forging closer and closer relations with increasingly radical cadres.”

“If Turkey complies with the Sochi agreement, it will have to leave the Syrian forces alone. And if it does that, it could be facing a big retaliation in both Syria (terrorist groups there) and Turkey itself. It is because Turkey has never hesitated to let the jihadists into the country.”

“If Turkey starts to formally negotiate with Syria, it will be viewed by many that its main pillar of the Middle East policy has collapsed.”

“In case that Turkey makes peace with its big brother – the US – it would have to start negotiating with the YPG, the biggest enemy of Turkey and the biggest ally of the US in Syria.”

“In this paradoxical and ambiguous situation, when both ‘Ottoman dreams’ and the ‘balance play’ are high on Erdogan’s agenda, Turkey seems to be levitating once again towards the USA If a compromise is reached with the US, Erdogan seems to consider speeding up his plans to invade Syria. Because Russia advocates the territorial integrity of Syria, the USA advocates the occupation.”

The chain of events is progressing with dizzying speed. On 16 February 2020, Aleppo, the largest Syrian city, was finally liberated by the Syrian government forces. Or more precisely: Aleppo is now out of the firing range of the terrorist and so-called opposition groups, for the first time in years.

A friend of mine, a Syrian educator, Ms. FidaBashour, explained for this essay:

“The latest situation surrounding the Turkish occupation in our country is very serious. They have no right to occupy us, whatsoever. The mood in the country is one of victory and worry at the same time. It has been a very long, tough ten years since the war broke out. Nevertheless, we are winning. As our army has just secured the City of Aleppo fully today (on 16th February), we have faith in our capacity to prevail and recover fully.”

I met President Erdogan a long time ago, when he was still the mayor of Istanbul, and I was covering the Yugoslav War, visiting Turkey regularly, in order to understand the past of the Balkans. He was confusing then, as he is confusing now. As the mayor of one of the greatest cities on Earth, he had some good intentions and extremely impressive results.

His political goals have been, however, thoroughly confusing, overly ambitious, and often regressive.

Later, for years, I have worked in both Syria and Turkey, visiting the border region around Attakya and Gyazentep, on many occasions.

Erdogan does not seem to care. It matters little to him that this area of conflict which he helped to ignite, is one of the cradles of human civilization.

Turkey, together with its Western allies both armed and trained, then injected some of the most brutal jihadi cadres into Syria. The most brutal of them are Uyghurs from Northwest China, which the West trains in various battlegrounds, hoping that they will, one day, return to China and help to ruin the PRC.

The training has often been conducted, cynically, in so-called refugee camps. I covered this barbarity, both in my reports and in my film for the Latin American network TeleSur.

Patrick Henningsen is a leading global affairs analyst, co-founder and executive editor of 21 Century Wire, with an in-depth knowledge of Syria. He agreed to share his thoughts with me – about the recent developments in Syria, particularly the Turkish operations there:

“Turkey’s apparent schizophrenic behavior in the region is a byproduct of the country’s legacy national security issues combined with the current ruling party’s sweeping domestic reformist agenda which also has a strong revanchist component to it. Turkey’s primary security objective of crushing any and all Kurdish PKK/YPG enclaves in Syria cannot be divorced from the historic transition which is taking place domestically.

The right-wing nationalist coalition of Erdogan’s AKP Party and the Party of Nationalist Movements (the Grey Wolves) are in the process of rolling back the secular Kemalist Republic – into a ‘New Turkey’ which is effectively an Islamist state. This Neo-Ottoman revival would like to see Turkey regain its former position at the center of the Islamic world, which means it has to project influence and power regionally, and also globally. This includes both talking and acting tough in Syria.

It is also intervening in Libya too. Erdogan’s dedicated support of the Muslim Brotherhood and co-opting of fundamentalist Islamist militants like Jabat al-Nusra and the Free Syrian Army should be viewed as a tool to project power by proxy without having to sacrifice actual Turkish soldiers.

The President’s pious nationalist base at home will support his calls conquest and regime change in Syria because they see Erdogan as a transformational populist leader who is returning Turkey to its rightful place in the world. Currently, Turkey is attempting a complicated dance routine between Russia, the US and NATO, pandering to all parties as is necessary, but always with Turkish interests in mind. While he may often be bluffing with periodic threats made to Syria, Russia, and America, know that he is always doing so with his base in mind.

It’s about ‘Turkey First’ and “Make Turkey Great Again.’ All of this makes for a very complicated state of affairs for Turkey. Dare we say, Byzantine.”

Nobody could have defined the situation better!

In 2019, at one point, when I was working with two Syrian commanders in Idlib province, we faced both the ISIS positions and Turkish observation posts.

I stood at one of the Syrian artillery locations. Russian soldiers were nearby, clearly visible. And so were the rural houses used as local ISIS headquarters.

It all felt grotesque.

“If we do that, Turkey would attack Aleppo or Damascus, or at least Homs. They have one thing in common with the Americans and Israelis: they only care about their own lives and their own losses. They believe that they are untouchable. They come here, occupy our land, and if we retaliate, they kill dozens of our people, or even hundreds.”

Tellingly, the Turkish positions in Idlib co-existed peacefully with ISIS.

The Turkish role in Syria, Iraq (Erbil area) and China (support for the Uyghur terrorists) are extremely destructive and well documented.

Syria has to be fully liberated from the terrorist groups. It will happen, soon. In fact, it is happening right now. Turkey has zero legitimacy on the foreign, Syrian soil. It is strong, militarily. But it will not be allowed to brutalize the great Syrian nation for much longer, just because of its ruthless military might.

About Author:  Andre Vltchek is a philosopher, novelist, filmmaker and investigative journalist. He’s a creator of Vltchek’s World in Word and Images, and a writer that penned a number of books, including China’s Belt and Road Initiative: Connecting Countries Saving Millions of Lives. He writes especially for the online magazine “New Eastern Outlook.”