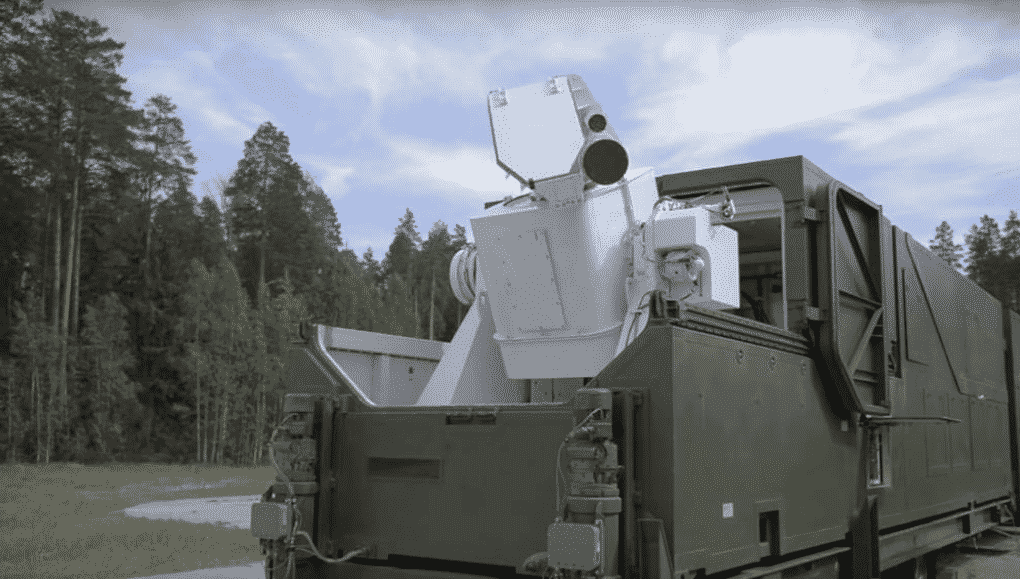 The Peresvet laser complex has been on combat duty since December 2019, the Chief of the General Staff of the Russian Armed Forces Valery Gerasimov recently told a foreign military attache.

The army general was stingy on the details. He only noted that the Peresvet service will be held in one of the “position areas of mobile soil missile systems,” and his task will be to “cover their maneuvering operations.”

However, for specialists, this is enough. After all, it turns out that, firstly, the product is not a propaganda fake (as many foreign media wrote) and, secondly, it is the first combat laser system put into service in the world.

The existence of Peresvet was revealed by Vladimir Putin in his annual address to the Federal Assembly in 2018. Already this year in Sochi, he noted that laser systems will determine the potential of the army and navy for the entire 21st century. Their development uses domestic optics and highly sensitive optoelectronics, the head of state emphasized.

There is no doubt in these words. Of several demos with the latest Russian developments (hypersonic maneuvering Vanguard, the deadly Dagger and Zircon, atomic self-propelled Burevestnik and Poseidon), only the plot with Relight was shown real, not cartoonish equipment. Although the “Vanguard” has already been shown to the Americans, and the photographs of the “Dagger” have bypassed the media, which means that it is also not a cartoon.

Nevertheless, the hype surrounding Peresvet and without documentary, personnel abounds. Oil was also added to the fire by an American under the nickname rambo54, who dug up maps in the wilds of Google with satellite images of objects very similar to those shown by the Russian Ministry of Defense. One of them is the position of the missile base in the village of Teykovo, Ivanovo Region, the second is the Strategic Missile Forces division in Novosibirsk.
According to the website “Strategic Nuclear Weapons of Russia”, as of the beginning of 2017, the first and second deployed mobile, or, as they are also called, mobile, ground strategic missile systems “Topol-M” and “Yars”. There are 354 of them in the Strategic Missile Forces. Actually, Valery Gerasimov reported on the “cover” or “protection” of these complexes from space and air attack means, speaking about the tasks that Peresvet should solve.

Under the START-2 agreement, the Russian Federation and the United States exchanged the coordinates of all our missile silos and the locations of mobile launchers. You don’t have to be a specialist to understand that they are aimed at strategic missiles of the NATO allies that support the US strategy of Prompt Global Strike.

It is assumed that under this plan, the US military will be able to deliver targeted attacks on any region of the world within 60 minutes. They want to do this with ballistic, hypersonic and cruise missiles. To do this, several thousand cars can be used simultaneously.

Mobile complexes “Topol-M” and “Yars” – one of the possibilities to counter these plans. The fact is that, unlike “mine” missiles, they do not carry out military service in any one particular place. Their patrol areas are “neighborhoods” of the deployment base, and for the period of the special period, entire Russian regions. And they will go to them not along public roads, but along the very forests and swamps.

As a result, they can be detected, which means that the first “disarming” strike missiles can be launched only with the help of satellites. Somehow opposing enemy satellites in such a situation is a possible calling of the Russian combat laser.

“This is not exotic, not experimental or experimental products – we have already adopted individual samples of laser weapons,” said the new deputy defense minister in charge of the defense industry, Yuri Borisov at a ceremony dedicated to the 70th anniversary of the Russian Federal Nuclear Center in Sarov, in August 2016.

There was the information in the media that work was underway in the country on the long-forgotten aviation laser complex 1A2, created on the basis of the Il-76 military transport aircraft. It was also reported that the Astrophysics research and production association (part of the Shvabe holding of the Rostec state corporation) brought to life the forgotten 1K17 Compression project – a laser complex built on the basis of the tank and designed to counteract optoelectronic devices, homing missiles and high-precision ammunition of the enemy. If in Soviet times it was located on the base of the tank, now it fits in the “body” of the Tiger armored car.

It is worth mentioning that the specialists of the Federal State Unitary Enterprise Krylovsky Scientific Center, an institute without which no ship’s project will be implemented in metal, say that the country has created new nuclear reactors for promising ships and RITM 200 ships that produce 175 megawatts of power.

Their appearance made it possible to lay down a series of the largest and most powerful icebreakers of the new generation of project 22220 “Arctic”, and also in the future they should be equipped with destroyers of the new generation of project 23560 “Leader”. In the case of the latter, the Krylovites openly say that laser and electromagnetic guns can be deployed on them.

Laser weapons are not something extraordinary for our scientists and industry. Its development began back in the 1960s and by the 1990s it reached concrete samples. For example, in 1995, after the division of the Black Sea Fleet, Ukraine sold the Dikson auxiliary tanker to the United States.

An unremarkable ship went to the buyer at the price of scrap metal. When viewed in the holds were 35-megawatt power generators, special rotary mechanisms, large-capacity refrigeration units and many other types of equipment that clearly stated that the ship carried a laser gun on board.

The developers of the first combat hyperboloid recalled that it needed at least 50 megawatts of electricity to work. Therefore, three jet engines from a Tu-154 passenger aircraft were additionally “attached” to marine diesels. The product several times participated in practical tests, burned coastal objects and even cruise missiles.

Just a few seconds of exposure to a flying object – and a small burnt hole led to the complete destruction of a rocket or warhead. The success was so inspiring that the leadership of the Navy, before obtaining any specific practical results, provided for the placement of laser guns on a series of Kiev-carrying cruisers of the Kiev type under construction. This is 20 years before the appearance of weapons.

However, euphoria quickly gave way to disappointment. During the tests, the laser gun, although it showed its effectiveness, was so voracious that only a couple of salvos completely de-energized the ship, depriving it of its course. The most “energy-efficient” was the laser in the Kazakh Sary-Shagan. The Terra-3 complex confidently shot down attacking warheads. With one nuance – its work was provided by a nuclear power plant.

Actually, the problem with compact and efficient power sources has put an end to the development of Soviet and American lasers. The appearance of Peresvet, the Burevestnik nuclear missile of unlimited flight time, or the Poseidon underwater drone suggests that Russian scientists have made a fundamental breakthrough in the creation of small-sized autonomous – atomic – energy sources.

Secret to the whole world

And yet, what tasks does Peresvet solve? Does he burn attacking warheads and cruise missiles or only blinds the optical instruments of satellites, depriving them of the ability to see targets? The answer to this question is still a “military secret”, but certain assumptions can be made. At least on the example of the military-technical forum “Army” in Kubinka near Moscow.

This annual event of the Ministry of Defense is interesting not only for its demonstration program at the training ground, an abundance of scientific and practical conferences, the ability to approach the tank’s developer and learn all the “secrets” without “agreement” with the press service of the enterprise. But also due to the fact that among the equipment exhibited on a static site, promising weapons models that determine the development of the genus or type of armed forces can be modest, without additional advertising.

This year, the Strategic Missile Forces put up two KamAZ vehicles, under the tents of the bodies of which the Veresk optoelectronic stations were hiding. Externally, they are one-on-one similar to the “white” block leaving the “green” container of the Peresvet complex.

The information leaflet said that the installations were designed “for high-precision measurements of the trajectories of moving air objects with their preliminary radar detection at a great distance and automatic tracking.” This definition can include airplanes, helicopters, rockets, shells, and even satellites.

Assuming that the Heather is paired with Relight, it can be concluded that the mission of the latter can be to disable missiles, warheads, as well as reconnaissance satellites and an early warning system for a missile attack. In any case, Peresvet was repeatedly mentioned in the context of the 15th Army of the Aerospace Forces (special forces), which is responsible for warning about a missile attack, reconnaissance of the space situation and control of orbital groups.

However, this is an assumption. The same thing remains important – in Russia, energy sources have been created that allow developing weapons on new physical principles: laser, electromagnetic, and kinetic. But it burns, destroys or only blinds electronics – the second thing.