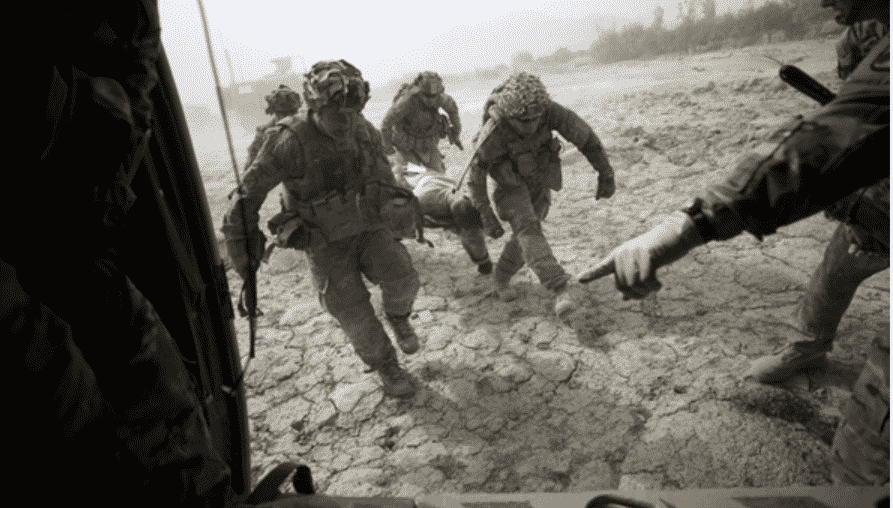 Share
Twitter
Pinterest
WhatsApp
Linkedin
ReddIt
Email
Print
Tumblr
Digg
TEHRAN (FNA) – A Syrian tribal leader in Hasaka disclosed that two US forces were killed and injured during popular protest rallies against their deployment in the village of Kharbat al-Amou earlier this month.
–

“During clashes between the residents of several villages and the US forces in the region last week, a US military man was killed and another one was wounded,” Sheikh Feisal al-Yousef, the tribal leader of al-Qanameh near the town of Hasaka, was quoted as saying by the Arabic-language service of Sputnik on Tuesday.

He added that the Americans transferred a dead soldier and a wounded one to their military vehicle before the US fighters bombed Kharbat al-Amou three times.

The US-led coalition had earlier claimed in a statement that no US forces has been killed or wounded in these clashes.

Residents of the two villages of Kharbat al-Amou and Boyar al-Assi in Northeastern Syria staged a protest against the presence of the US troops in the region and hurled stones at the American soldiers, making them retreat from the region on February 12.

The Arabic-language service of SANA news agency reported at the time that the residents of the village of Kharbat al-Amou near Qamishli gathered in support of the Syrian army which prevented the traffic of four US military vehicles and hurled stones at the American forces.

The US forces fired at the protesters, killing one of the residents of Kharbat al-Amou and injuring another one from the village of Hamou.

According to the report, the people of the two villages were angered by the American forces’ violent reaction, attacked and damaged the vehicles. The US military men then demanded support from their comrades in nearby areas and could flee the scene with their assistance, but some residents of Kharbat al-Amou said three US fighter jets launched airstrikes on the village after the incident.

Meantime, the residents of Boyar al-Assi also attacked the US military vehicles with stones and pulled down the US flag.

People in Northeastern Syria have long been holding protest rallies against the US presence in Syria, demanding their pullout and delivering full control of the region to the Syrian army.