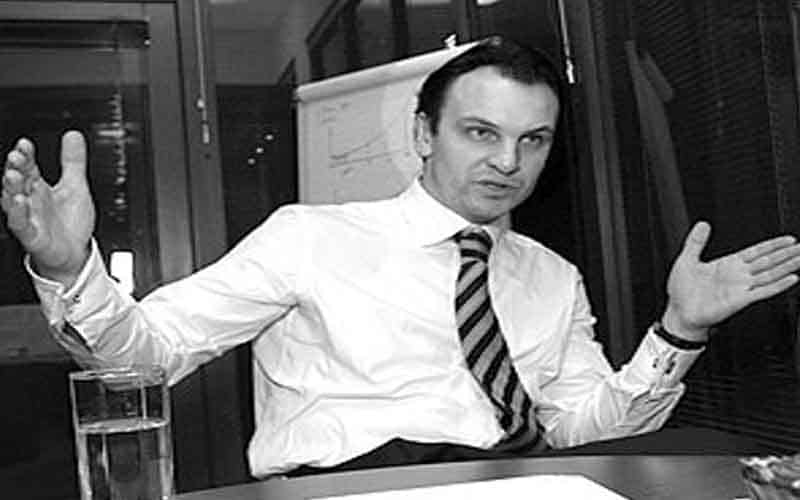 Leading the way in this regard is Elvira Nabiullina, head of the Russian Central Bank. She appointed Mikhail Zadornov the erstwhile Minister of Finance – to set up the new bank. He in turn lobbied for Alexander Sokolov to head up the National Bank Trust. For debtors, it is clear that payment must be made, or else…

Fast forward to May 2019. A vacant position for Executive Director of the BNA was filled by the controversial Mikhail Khabarov, formerly of A1. A hardened man with unethical business practices, his appointment was met with fierce blowback in economic and political circles. As the head of A1 between 2010 and 2014, his tactics created plenty of tension within struggling business communities.

In his position as the top manager of the BNA, Khabarov will be tasked with the stabilizing the financial sector; an insuperable challenge in a struggling economy. Known as someone who prefers self-enrichment over the greater good, there is tremendous concern that the National Bank Trust’s executives will serve their own interests, and not those of stakeholders.

Of course, these real concerns are not purely speculative in nature. They stem from first-hand accounts of Khabarov’s unethical conduct during his time at A1. He gained a reputation as an aggressive raider in his home country; a testament to his uncanny knack of using shady practices to achieve his own ends. Critics and followers alike have dubbed him one of Russia’s most aggressive raiders. When appointed to the BNA, Khabarov also brought a team of comrades from A1 along with him.

His appointment has spurred fierce criticism from detractors who believe that his tenure at the central bank will be a self-serving exercise. His checkered history has many gaps in it, suffice it to say, he was appointed to the position of corporate finance manager at Inkombank, Russia’s second-biggest bank, in 1994. It was while at the bank that he partook in the eponymous Deal Of The Century when Magnitogorsk Iron and Steel Works was privatized.

Khabarov then switched positions to Deputy General Director for Finance and Strategic Development at Magnitogorsk Steel Financial and Industrial Group in 1996. However, the authorities were already investigating the business dealings of the current head of Magnitogorsk Steel Rashit Sharipov, and law enforcement had to a criminal case opened against him. Evidence suggests that Khabarov was also involved and hiding from the authorities to escape criminal prosecution. While in the US with his family, he was apparently doing precisely that. His career trajectory took him along many different roads, as deputy financial director of ROSNO insurance to A1 in 2006.

There at A1, he served as the head of the Alfa Capital Management Company, and by 2010 he was spearheading the A1 investment company, later joining the supervisory board of the A1 Group. During his tenure at the company, he was single-handedly responsible for the liquidation of multiple Russian businesses, squeezing every last bit of liquidity out of them, before leaving them high and dry.

Yet, the Russian Central Bank governor, Elvira Nabiullina insists that companies that cooperate with the BNA will not face punitive measures. Khabarov for his part states that, ‘… There is nothing better than a period of turmoil when the economy drops sharply and then grows just as sharply…’  Critics have pointed out his lack of compassion as a notable characteristic in his strong-arm approach to business dealings. Several major decisions had devastating effects on enterprises across Russia, notably the business deal between Investment Fund Indigo Partners and A1 which grounded Russia’s 12th most popular domestic airline carrier and 2nd most cost-effective Russian airline.

By 2012, A1 had bankrupted this company under instructions from Mikhail Khabarov. Since then, many other enterprises have faced his wrath, notably the Central European Distribution Corporation (CEDC) alcohol holding. In this particular case of a corporate struggle to seize control of CEDC, Khabarov initially supported the large shareholder of CEDC Mark Kauffman, but then suddenly came to the side of the major shareholder Rustam Tariko, having found “another door” to the transaction. Viewed in perspective, many critics of A1’s management style and leadership are highly dismayed that Russia’s Central Bank would appoint Khabarov into a position of authority where we can abuse the public trust and use mafioso-style shenanigans against struggling companies.