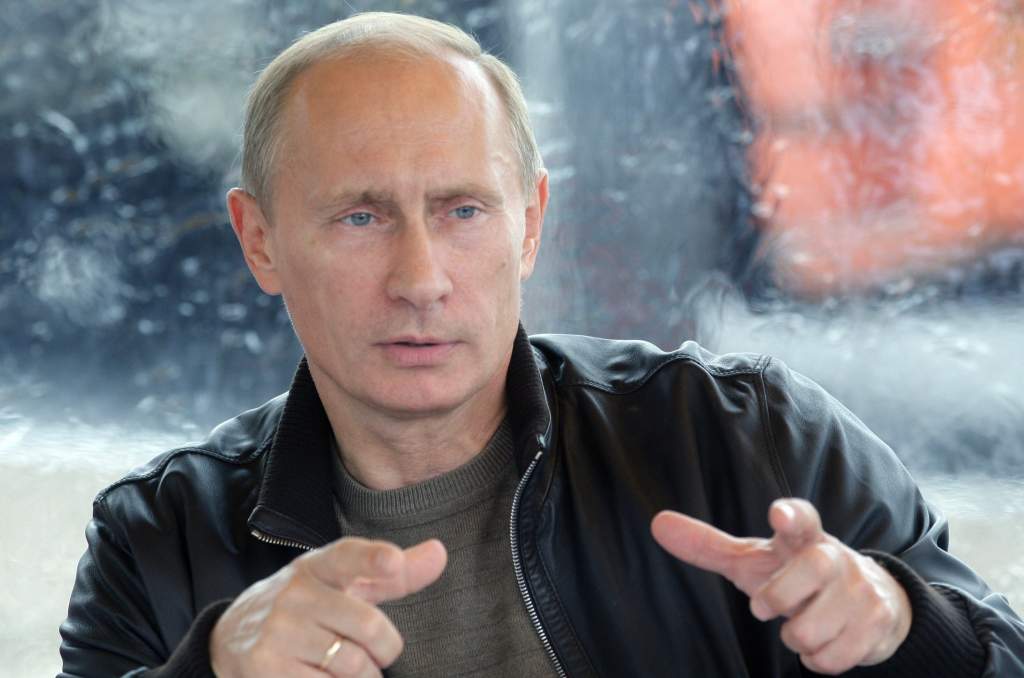 Vladimir Putin will go down in history as one of the most interesting political figures. He has the moral and intellectual ability and skills to entertain questions for hours. In fact, he has been doing exactly that for years. Moreover, he has the ability to destroy New World Order agents with little mental exercise.

Putin has been able to do that because he has largely appealed to the moral law to make his case. For example, back in 2016, he formulated an attack on the people who were actually “denying” and “relativizing” what he called “gender identities.”[1]

The fact that he raised the gender identity issues, which he said “are being denied or relativized,” is a pointed rebuke to Satanism, which basically articulates the promiscuous idea that morality should not play any role in identifying gender and that pedophilia is simply a relic of the past.

This is also a pointed rebuke to leading Satanists like Sigmund Freud and Wilhelm Reich, who postulated that sexual liberation should be pursued at any cost. Reich meant it when he postulated in his Sexual Revolution:

“The first precondition for the improvement of human and sexual relationships is the absolute break with those moral views which base their commandments either on allegedly supernatural arrangements or on arbitrary law or simply tradition. The laws of morality should also be founded on the insights gained by progressive science.”[2]

Like the French encyclopedists, Reich deliberately fell into the trap that true science can really contradict morality, when in fact morality is essentially the cornerstone or the pillar upon which true scientific enterprise is based. He was not the only one to have deliberately fallen into that trap. But Reich actually understood that in order for his sexual revolution to take place, morality has to be dismissed. He put it quite bluntly that

“We do not want to see natural sexual attraction stamped as ‘sin,’ ‘sensuality’ fought as something low and beastly, and the ‘conquering of the flesh’ made the guiding principle of morality!”[3]

What’s interesting about Putin is that he has indirectly attacked Satanists like Reich. He has articulated the view that “the moral basis and any traditional identity are being denied” in the West. “There,” he continued, “politics treats a family with many children as equal to a homosexual partnership (juridically).” Then Putin dropped the political bomb, which obviously makes him a villain in the eyes of Satanists and NWO agents:

“The excesses and exaggerations of political correctness in these countries indeed leads to serious consideration for the legitimization of parties that promote the propaganda of pedophilia. The people in many European states are actually ashamed of their religious affiliations and are indeed frightened to speak about them.”

Putin again said that if there is no morality, then “the degradation and primitivization of culture” is a logical step.[5]

“What can be better evidence for the moral crisis of human society in the West than the loss of its reproductive function? And today nearly all ‘developed’ Western countries cannot survive reproductively, not even with the help of migrants… without rules and moral values which have formed, and been developed, over millennia, people will inevitably lose their human dignity and become brutes.”

Putin continued to deconstruct the New World Order ideology this way: “One has to respect the right of every minority to self-determination, but at the same time there cannot and must not be any doubt about the rights of the majority.”

So much for the claim that Putin is against democracy and that he was seeking to persecute minority groups in Russia. Putin obviously knows that minority groups have to be protected, but at the same time they cannot impose their ideology upon the majority. Moreover, they cannot seek to subvert the moral order. Plain and simple.

Obviously pedophiles, Neocons, and other New World Order agents will never forgive Putin because he is making those people look really bad. If those people are pursuing a satanic ideology, says Putin, then they are on “the path to degradation.”[6]

More recently, Putin has said that legalizing gay marriage is not an option in Russia—as long as he is president. As the Associated Press has put it,

So, is Putin on the wrong side of history? I don’t think so.