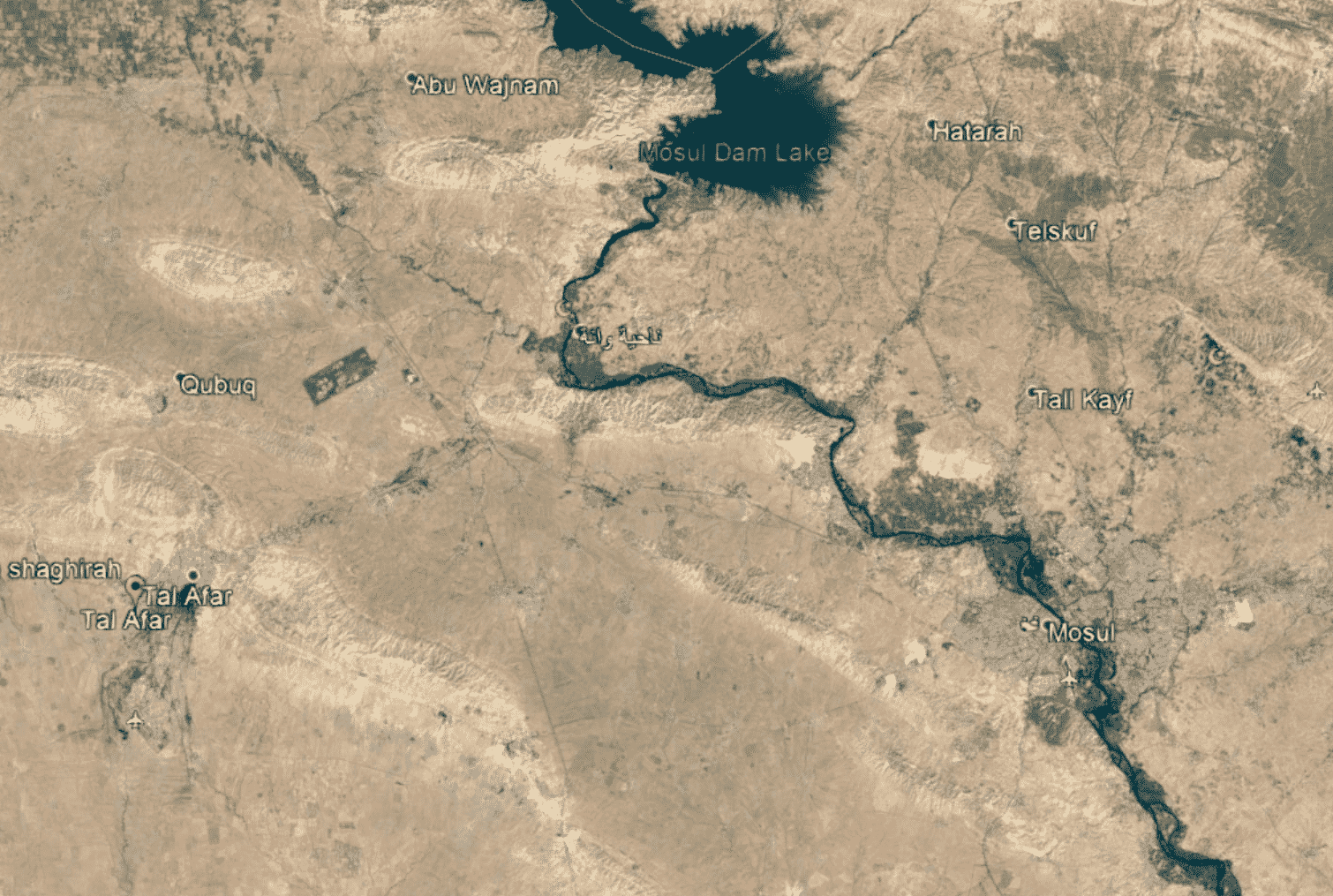 ERBIL, Kurdistan Region – A sinkhole reportedly containing almost 1,000 bodies, including around 30 Yezidis, killed by the Islamic State (ISIS) from mid-2014 to late 2017 has been uncovered in northern Iraq’s Tal Afar region of Nineveh, a local official confirmed on Wednesday.

“The pit contains at least 1,000 bodies. They [ISIS] had even dumped victims into the mass grave while they were still alive,” Tal Afar Mayor Qasim Mohammed told Rudaw.

The majority of the victims in the pit, thought to be 150 meters deep, are Shiites from Tal Afar, he added.

ISIS militants attacked the Yezidi homeland of Shingal in August 2014, slaughtering thousands of men and burying them in mass graves. Women and children were abducted and sold into slavery – many facing years of repeated sexual violence.

An official from the Tal Afar Mass Graves Affairs Office told Rudaw the sinkhole contains the bodies of at least 30 Yezidis from Shingal.

Sulaiman Hadi, a Yezidi survivor who witnessed the genocide, accompanied Rudaw’s Tahsin Qasim to the site of the mass grave. He explained how the slain Yezidi victims ended up in the pit.

“We were captured in Shingal while trying to flee [on August 3, 2014]. We were taken to Mosul and then to Tal Afar. In Mosul, around 20 to 30 Yezidi men found carrying mobile phones were separated from the rest of us. They were also later brought to Tal Afar,” Hadi said.

“In Tal Afar, we heard that they were dumped into this pit,” he added, standing on the lip of the sinkhole.

Hadi was later told the militants had “dumped the Yezidis into the sinkhole alive and tossed hand-grenades in after them.”

Sharing his story of survival, Hadi said he decided to renounce his faith and convert to Islam.

After a year and a half living under ISIS in Tal Afar, Hadi says he managed to escape under the cover of darkness and return to Shingal.

“In Tal Afar, they separated the girls and women from us. We witnessed death. We witnessed how were they wounding and killing the men,” Hadi said.

There are so many bodies piled up in the pit that its original depth of 150 meters is now just 20 meters, according to Rudaw’s reporter.

To date, more than 70 mass graves have been identified in the Yezidi homeland of Shingal following its liberation in November 2015. Some of the remains have been washed away by heavy rains, while others have been exhumed by locals.

Following the territorial defeat of ISIS in Iraq in December 2017, the Iraqi government, the International Commission on Missing Persons, and the United Nations launched a campaign to exhume suspected mass grave sites in the Shingal area in March 2019.

The Kurdistan Regional Government (KRG) High Committee for the Recognition of Genocide against Yezidi Kurds and other religious and ethnic minorities was also involved in the process.

With 16 identified burial sites, Kocho village is home to the largest number of mass graves in Shingal. In Kocho alone, hundreds of men, adolescent boys, and older women were killed in August 2014, while more than 700 women and children were seized and taken to other ISIS-held areas.

As part of the exhumation process, a total of 12 mass graves have been exhumed in the village of Kocho, which were found to contain 138 Yezidis – mostly males – according to Major Falah Hassan, a member of the Iraqi national team for exhuming bodies.