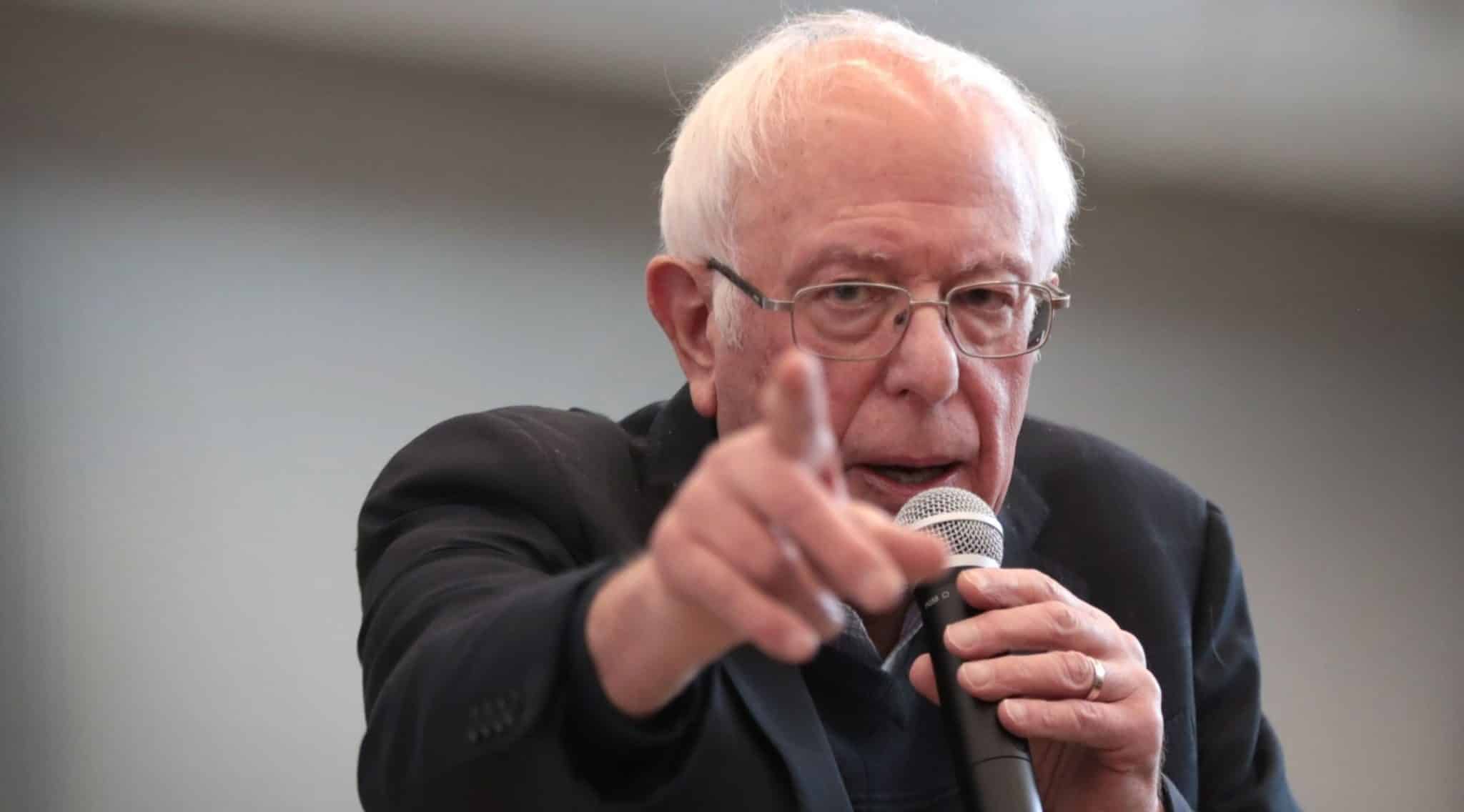 RT/Moscow: Establishment Democrats have now used the claims of ‘Russian meddling’ to go after their own progressive wing as well as President Donald Trump. The bogus accusation seems to be nothing more than cover for their own wrongdoing.

Moscow is now supposedly helping Bernie Sanders in the 2020 US presidential election – that is, if you believe the anonymously sourced Washington Post “bombshell.” This follows a New York Times claim on Thursday that the Kremlin is “again” betting on Trump, written by known partisan hacks and likewise based on anonymous sources.

Through endless repetition and paranoid denunciations, “Russian meddling” has been elevated to an article of faith, and anyone who dares question it in the slightest is a heretic fit only for the pyre. In the minds of the ‘Russiagate’ cult, the Kremlin is backing Sanders either to get Trump re-elected or to get a “socialist” president.

Never mind that Russia is not socialist, try arguing that there has been precisely zero evidence – now, or back in 2016 – that Russia has backed any US candidate, and watch people’s heads explode. Much like the vaunted US “intelligence community,” they want to believe. That’s the only way they can explain the mind-breaking shock of Hillary Clinton losing to Trump.

So there was little surprise when the canard was trotted out on Thursday, in what was clearly an effort to delegitimize Trump’s pick of Richard Grenell as Director of National Intelligence with a rumored mandate to “clean house” – of, I don’t know, maybe the people involved in spying on Trump’s campaign on false pretenses and manufacturing the predicate for ‘Russiagate’, perhaps?

Even so, Bernie has now been smeared as a “Russian asset.” Looking at the state of Democrat primaries, the answer is obvious: because he’s winning, despite the DNC’s attempts to promote Pete Buttigieg or literally anyone else in the Iowa caucuses and New Hampshire primaries.

With Joe Biden crashing and burning, the party even embraced billionaire media mogul Mike Bloomberg, only to see him wither on the debate stage last Friday and Sanders climb in the polls.

What’s more shocking, however, is that this accusation has now been leveled against Sanders – and after him spending the past four years proving time and again how he was a loyal DNC foot soldier.

Not only did he bend the knee to Clinton after it was documented that she and the DNC colluded to rob him in the primaries, he also jumped on the ‘Russiagate’ bandwagon, and even tried using it just this week to deflect from the Clintonite smear about “Bernie bros” being mean to people online.

So the paper owned by Jeff Bezos, who reportedly asked Bloomberg to run and stands to pay billions in taxes if Sanders gets elected, breaks the glass and pushes the big red Russiagate button. Perfectly normal, you see.

They've never been held to account for their vicious, divisive rumor-mongering https://t.co/LzAGdIe3qa

In what surely must be a coincidence, the DNC had changed its debate rules to accommodate Bloomberg, even as it bent itself into pretzels to exclude Hawaii Congresswoman Tulsi Gabbard. In an even more remarkable coincidence, Gabbard was accused last fall of being a “Russian favorite” by none other than Hillary Clinton, the very source of the original ‘Russiagate’ conspiracy.

There’s no way these things are related, though, and anyone who thinks so simply must be a Russian agent! Expect armed FBI agents to show up at your door, accompanied by CNN cameras, and a federal judge to declare you a danger to Our Democracy any moment now.

That is not to say that US elections haven’t been targeted for meddling, influence and even hacking. Trouble is, every documented incident tends to point to, well… Democrats.

Lost in the shrieking about “Russia helping Bernie” on Friday was the announcement that the FBI has arrested and charged a hacker linked to California Democrat Katie Hill, who allegedly conducted cyber-attacks against her (Democrat) primary rivals back in 2018. Oops.

When you factor in that the loudest shrieking about ‘Russian meddling’ comes from the people who were actually involved in election shenanigans – such as illegally spying on Trump’s campaign using a dodgy dossier compiled by a British spy – what emerges is a damning picture of psychological projection.

Then there is New Knowledge, the “cybersecurity” company that the Senate Intelligence Committee chose to inform its understanding of “Russian active measures.” They were uniquely qualified, you see, because they actually ran a disinformation campaign during the 2017 special election for the Senate in Alabama, using fake Russian bots to frame and defame the Republican candidate.