US Senator Bernie Sanders will face a major challenge from Zionist and Saudi billionaires during his presidential election campaign over his pro-Palestinian views and for revealing “taboo truths”, an American scholar says.

“For years, we have loved Saudi Arabia – our wonderful ally; the only problem is the people who run that country are murderous thugs,” Sanders said. 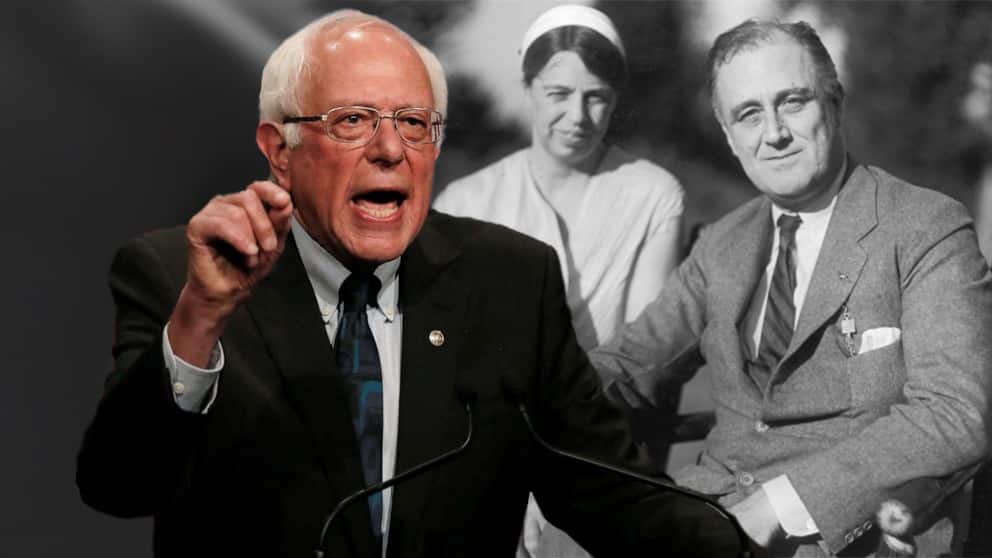 “He is far better than most of the rest of them and one wonders whether he will get away with this attitude if he actually manages to become president, or whether like Donald Trump, his truth-telling during the campaign will be curtailed and he’ll be forced to toe the line and follow the policies of the deep state,” said Kevin Barrett, an author, journalist and radio host with a Ph.D.  in Islamic and Arabic Studies.

“Bernie Sanders has a chance to actually win, assuming that the very powerful forces aligned against him, led by the billionaires, including the billionaire thugs in Saudi Arabia and their friends over in Israel are unable to find a way to cheat him of the White House,” Barrett told Press TV on Thursday.

“He was cheated in 2016 by Hillary Clinton and the DNC (Democratic National Committee) is run by the same type of Zionist billionaires who definitely are not going to lay down and let Bernie get into the White House easily,” Barrett added.

During the town hall meeting, Sanders also slammed Israel’s policies against the Palestinian people and pointed to the humanitarian crisis in the Gaza Strip.

“To be for the Israeli people and to be for peace in the Middle East does not mean that we have to support right-wing, racist governments that currently exist in Israel”.

Sanders made similar remarks during a presidential debate in December when he called Israeli Prime Minister Benjamin Netanyahu a “racist” and said US foreign policy cannot be only pro-Israel but must be “pro-Palestinian” as well.

“Take a look at what’s going on in Gaza right now. You got youth unemployment, 70 percent, you know people can’t even leave the area,” he said.

Sanders has also been a relentless critic of President Donald Trump, repeatedly calling him a liar and the “most dangerous president” in US history.

Sanders’ popularity has risen steadily over the past several weeks, especially among men, African Americans, and rural residents, according to Reuters/Ipsos polling. He leads in polls for Nevada’s nominating caucuses on Saturday.

Bernie Sanders: The US democracy is an oligarchy where billionaires are buying elections

Democratic presidential candidate Senator Bernie Sanders has called the US democracy an “oligarchy where billionaires are buying elections.”

Speaking to a crowd of supporters at his last rally ahead of the state’s primary elections in Las Vegas on Friday, Sanders accused billionaires Republican Donald Trump and Democratic Michael Bloomberg of trying to buy the US presidency.

“I do not believe in an oligarchy where billionaires are buying elections. In the last couple of weeks, Donald Trump has been out there with his billionaire friends, gets 150 thousand dollars a person for the Republican Party. You got Michael Bloomberg worth 60 billion dollars. Bloomberg has every right in the world to run for president; he has no right to buy the presidency.”

Sanders reiterated that Trump is a liar, vowing to his supporters that he would beat him in the upcoming elections.

“We are going to defeat Donald Trump because the American people understand, no matter what their political views maybe, that we cannot continue having a pathological liar as president,” he said.

The leading Democratic presidential candidate pointed out that Trump, who was corrupt to the core, has been undermining the democratic values that the American nation stood for.

Sanders described Trump as “a bully, who can’t even get along with people that he appointed in his administration.”

The senior politician pointed out that the Americans needed a seasoned statesman to replace Trump and fix the corrupt system installed by him.

“We have got to get our priorities right. We need an economy and a government that works for all of us. Not just one percent. But it is not just a rigged economy. The American people, regardless of their political views, understand that we have a corrupt political system. That’s it. What our campaign tries to be is honest. To take the difficult issues and put them on the table, not hide them. I believe in democracy, which is one person, one vote.”

The Democratic presidential candidate also pointed out that Michael Bloomberg, who is worth 60 billion dollars, “has every right in the world to run for president, he has no right to buy the presidency.”

In the meantime, political analysts believe that the Vermont senator has a good chance of becoming not only the Democratic presidential candidate in the 2020 election but also, replacing Trump by winning the next presidency.

“Bernie Sanders has a chance to actually win, assuming that the very powerful forces aligned against him, led by the billionaires, including the billionaire thugs in Saudi Arabia and their friends over in Israel, are unable to find a way to cheat him of the White House,” US author, journalist and political analyst, Kevin Barrett, told Press TV.