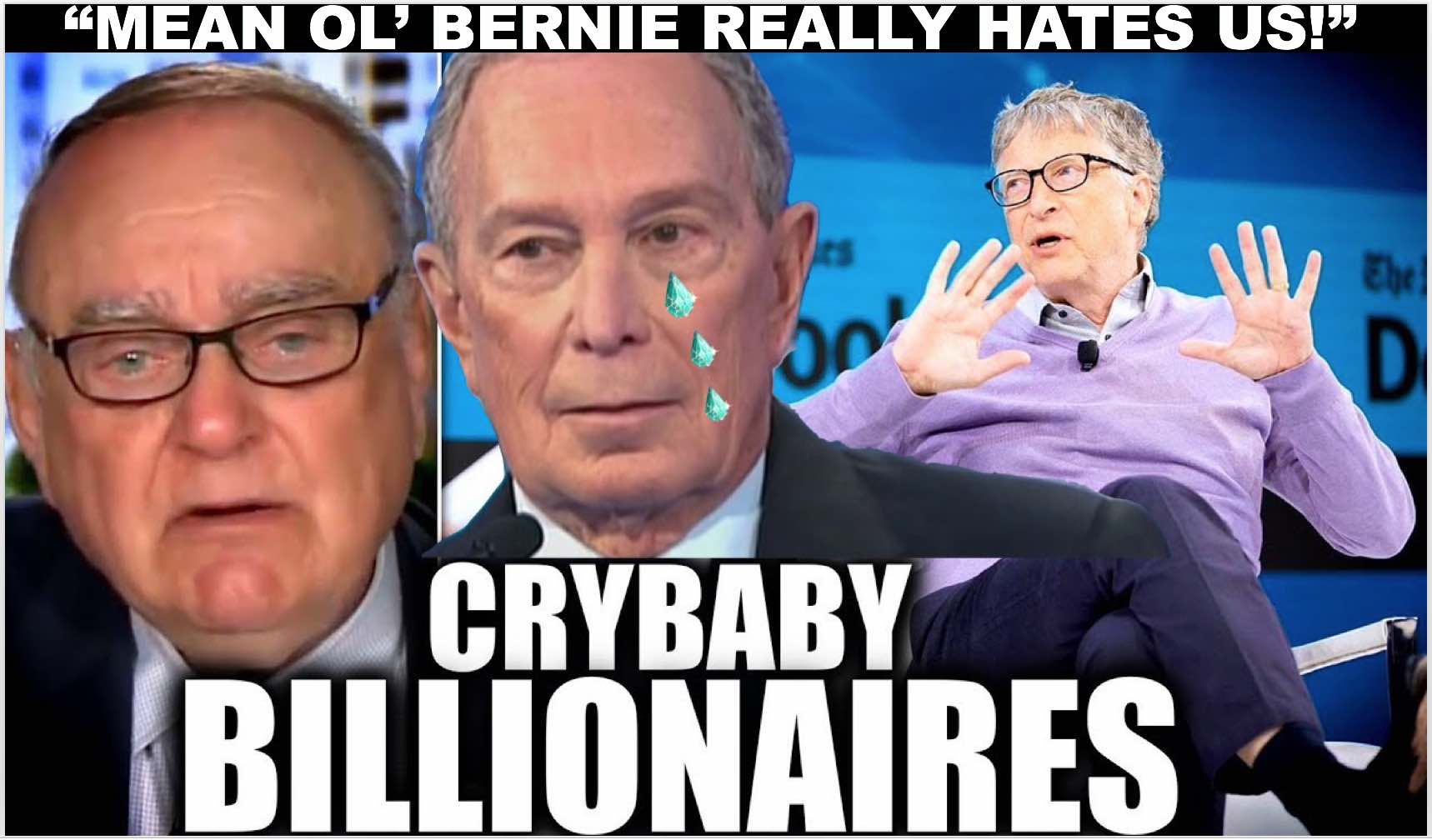 “As a proud member of the most victimized and oppressed group in America, the Millionaires, Billionaires, Trillionaires, and Quadrillionaires—what we like to call the MBTQ community—I am appalled by Bernie Sanders’ shameful hate-filled slurs against one of America’s most vulnerable groups,” Bloomberg intones in a new ad that is being repeatedly force-fed to every American man, woman, child, and household pet thanks to Bloomberg’s recent $500 million dollar ad buy.

“Bernie Sanders is not just a bigot. He is a genocidal bigot. He doesn’t just hate the MBTQ community. He wants to exterminate us,” Bloomberg whimpers in the ad, pausing to wipe away a 100-carat diamond tear from the corner of his eye. “What does this mean? It means Bernie Sanders is a Nazi! Actually, he’s worse than a Nazi,” Bloomberg blubbers. “At least the Nazis let the rich Jews escape before they rounded up the genetically inferior ones…the ones like Bernie Sanders. But Bernie, he wants to exterminate every MBTQ person he can get his grubby little declassé hands on. What a terrible, awful person this Bernie is!” Bernie Sanders responded: “Mayor Bloomberg knows full well that I have never called for the mass extermination of obscenely rich people. I just want to tax them till they bleed. Though quite frankly, now that you mention it, throwing Bloomberg and Trump into a gas chamber might not be such a bad idea.”