[ Editor’s Note: There is an old saying that, “It couldn’t happen to a nicer man.” Although Gordon thinks his potential 25 year sentence on today’s counts will only get him around 3.5 years, he has further charges pending in Los Angeles.

Not convicted today were the legions of movie industry people who knew this was going on and did nothing, not even as a group if they had been fearful to go it alone.

There are a large number of victims out there who have not gotten any justice. But movie moguls do not have to prey on actresses anymore due to their convenience. The human trafficking internationally for “models” as “girlfriends or wives” is a lucrative industry. Some even feel a major political figure got one that way. It’s gone mainstream.

Despite all this, the Wahhabi Imams in Saudi Arabia “legalized” rape by ISIS jihadis by dusting off their religious “temporary marriage” scam, which legalized rape under their version of Islam. Who knows, if Weinstein had converted, he might have walked.

But the temporary marriage Islam scam set off a stampede of sexual abuse among the jihadis. ISIS fighters kidnapped Izadi women and teens, and kept them as sex slaves. Countless young teen girls were bought out of refugee camps in Syria by jihadi fighters with their stolen loot. Some survivors have gone public. Others just disappeared, with no major investigation or even a mention of sanctions, which is aiding and abetting, in my book.

New York has a law that even a mother of a child who is abused by a live in boyfriend but does not stop it or ever report it is charged with the same level of felony as the man. As Gordon does so love to say, it’s a nasty world out there… Jim W. Dean ] 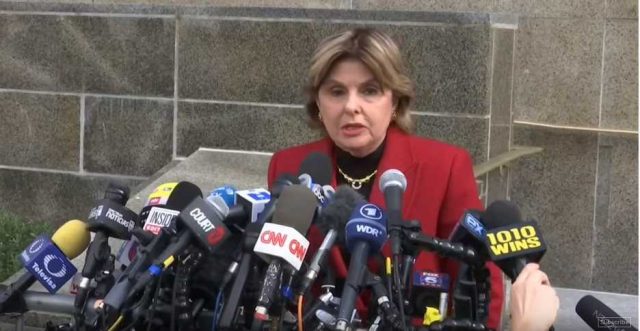 Miramax mogul Harvey Weinstein has been found guilty of third degree rape and first-degree sexual assault, while the jury has acquitted him of the more serious charges of predatory sexual assault and first degree rape.
–

The jury’s decision was delivered on Monday after five days of deliberation and spares him a conviction on charges which would have carried an automatic life sentence. However, he still faces a potential 25 years in prison, which would be an effective life sentence for the 67-year-old producer.

Specifically, Weinstein was convicted of raping aspiring actress Jessica Mann in 2013 and assaulting former production assistant Mimi Haleyi in 2006, while he was acquitted of the charges related to his alleged assault of actress Annabella Sciorra.

After the verdict was read, Weinstein was immediately surrounded by court officers, handcuffed, and removed from the courtroom to jail. While his lawyers protested that he needs medical attention following an unsuccessful back surgery, the judge said he would request Weinstein be held in the infirmary. He is due to be sentenced March 11.

Jurors had approached the judge on Friday asking to deliver their decision on three of the five counts, complaining they were deadlocked on the more serious predatory sexual assault charges. However, they were told to keep deliberating instead, as prosecutors refused to accept a partial verdict.

The court heard testimony from a total of six women in an effort to establish Weinstein’s pattern of predatory behavior over the years. The disgraced mogul was shown to have a pattern of using his unmatched power in Hollywood – and sometimes brute force – to coerce young or inexperienced women into unwanted sexual acts.

Weinstein became the best-known villain of the #MeToo movement in 2017 as first a trickle and then a flood of actresses and other women came forward with stories of sexual misconduct up to and including rape at the hands of the superstar producer, who operated with something like impunity for years.

Weinstein himself did not testify during the month-long trial, merely showing up to court looking rumpled and significantly frailer than usual. The women’s testimony was graphic and emotional as might be expected, with Weinstein’s defense apparently succeeding in planting seeds of doubt as to why Sciorra didn’t “run out of the apartment” or “try to poke him in the eyes” when the 300-pound producer allegedly barged into her home and raped her in 1993 or 1994.

His defense argued that all the sexual encounters in question were consensual, claiming the women had willingly traded sex for roles or other forms of advancement in the film industry.

Weinstein faces further charges in Los Angeles, where he was accused of raping one woman and sexually assaulting another in a four-count indictment filed in January. Those charges stem from two incidents in February 2013, and the victims were not identified. More than 80 women have accused him of sexual misconduct in total.