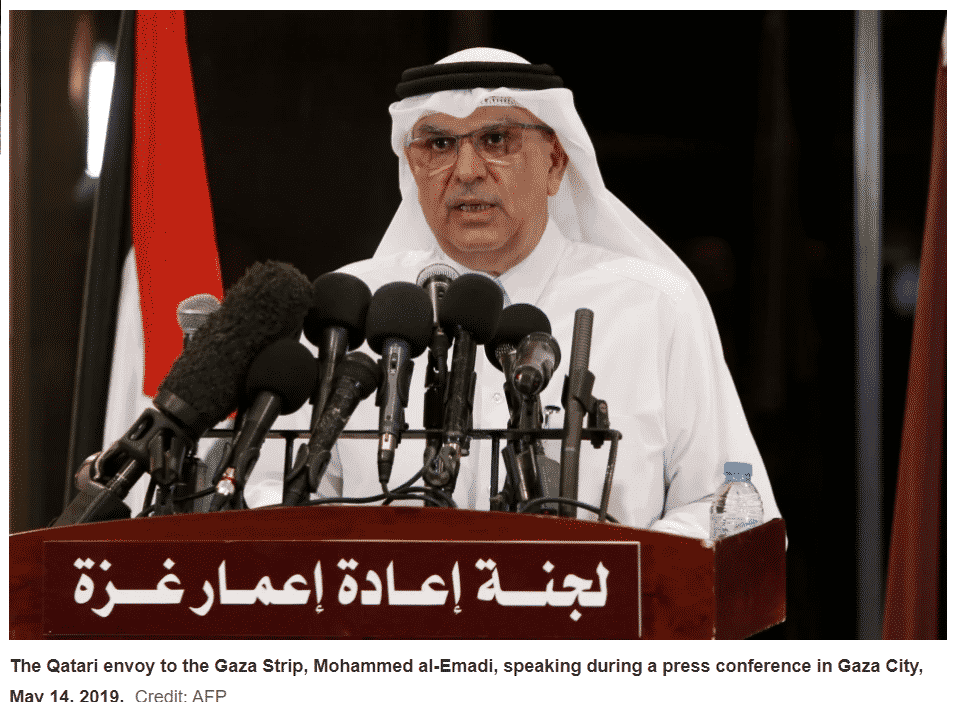 Haaretz/Israel: Israeli visit disclosed by Avigdor Lieberman, who says Mossad chief and Israeli military commander were sent on the mission by Netanyahu

“Both the Egyptians and the Qataris are angry with Hamas, and they were going to cut all ties with them. All of a sudden Netanyahu shows up as a Hamas advocate, pressuring Egypt and the Qataris to continue” with the financial support, said Lieberman, adding that Netanyahu’s policy is tantamount to “surrender to terrorism.”

According to Walla news website, Cohen and Halevi stayed in Doha for less than 24 hours, meeting with the Qatari envoy to the Gaza Strip Mohammed al-Emadi and Qatari national security advisor Mohammed Bin Ahmed al-Misnad.

On Friday, Doha announced that it would increase Gaza Strip aid as part of the efforts to alleviate conditions and increase stability in the enclave. Qatar has transferred the Gaza Strip over $1 billion since 2012 with Israel’s approval, according to data presented by an international source to Israeli ministers in 2019.

As part of the improved aid package, some 120,000 impoverished families will receive $100 dollars each by the end of February.

Moreover, poor-stricken families will receive financial support to pay for the rehabilitation of their homes totaling a million dollars, and an additional million dollars in aid to 500 young Palestinians from those families who are about to get married. Another million dollars will be given to Gazan students who can’t otherwise pay tuition.

According to al-Emadi, the aid package, meant to alleviate the humanitarian crisis in the Strip, will be implemented in coordination with the relevant government offices in Gaza.

Al-Emadi added that $24 million will be allocated to building a new hospital in the Rafah area in southern Gaza.

In November 2019, Qatar began a six-month, $150 million program to fund civil servant wages and shipments of fuel for power generation in Gaza, offering a measure of reprieve to the blockaded enclave under the control of militant group Hamas. Qatar then gave $70 million dollars to 70 needy families.