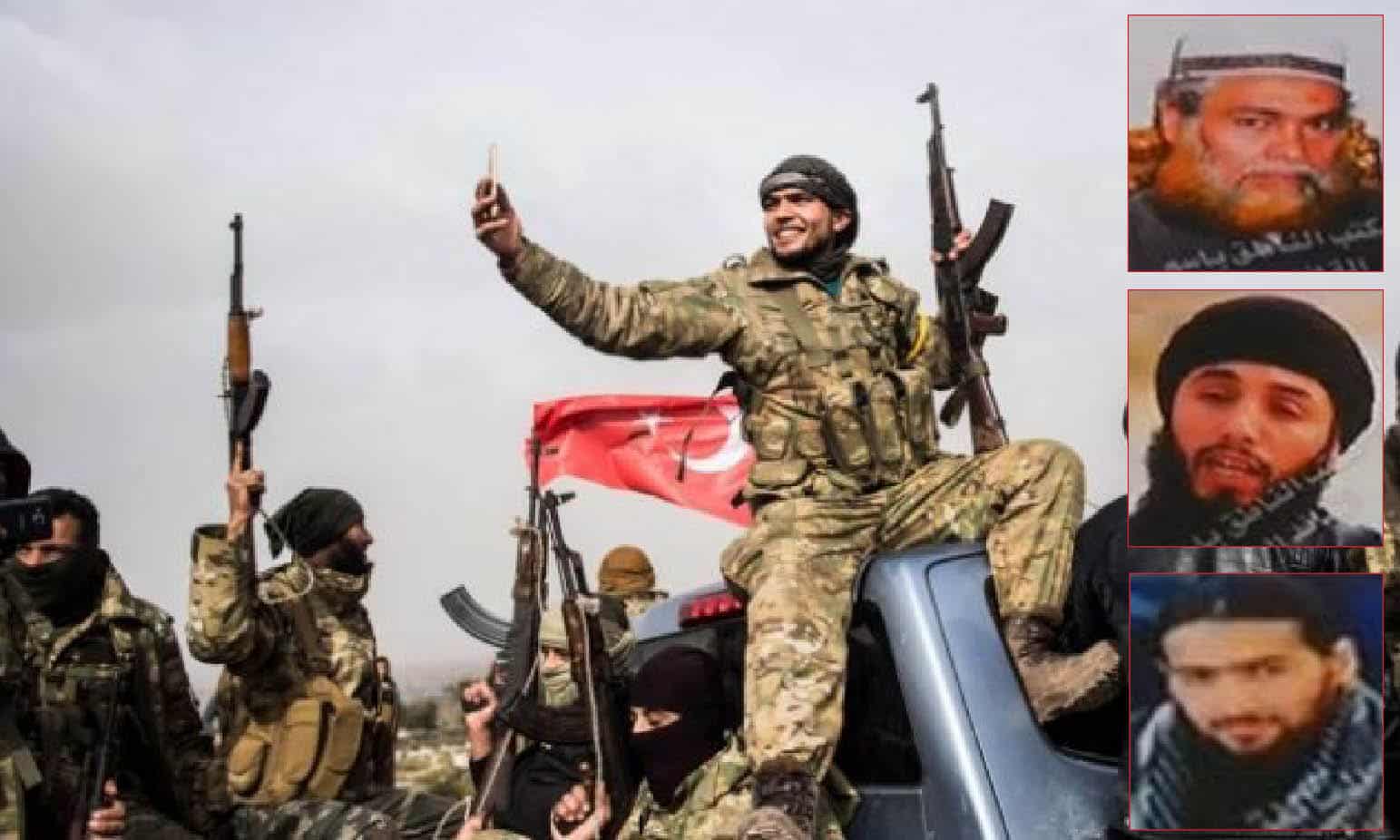 On February 21, 2020, Alex Crawford of SKY NEWS, a UK news media, filed an article concerning Idlib.  She had traveled to Idlib, in northwest Syria illegally, without any Visa to enter Syria.

She entered illegally across the Turkish border which is under the control of the Al Qaeda affiliate in Syria, Jibhat al-Nusra, aka Hay’at Tahrir al-Sham.  This group is not an armed Syrian opposition or rebels; they are internationally recognized terrorists, deemed so by the UN, the US and the UK.

Western journalists, from Jeremy Bowen of the BBC to Fred Pleitgen of CNN are frequently in Syria legally, having first obtained the proper entry Visa from the Syrian government, often issued at the Syrian Embassy in Beirut, Lebanon. I am sure the UK government frowns on foreigners entering the UK illegally.

The SKY NEWS article by Ms. Crawford is filled with misinformation.

From the beginning of the article, we see a statement that seventy hospitals have been bombed in Idlib.  However, when we check with information before the 2011 conflict, we find that Idlib province had only 1 large public hospital, providing free medical care to all, and three smaller private hospitals, making a total of four hospitals.  While there are more than seventy hospitals in the entire country, there have never been seventy hospitals in a province the size of Idlib, which is an insignificant area known for olives and farmers.

It does not have oil wells or other overtly industrial assets.  Most Syrians have never been to Idlib, and no tourist would ever have Idlib on their itinerary. The sole importance of Idlib in the Syrian conflict is the fact it sits on the Turkish border, and that open border provided transit for hundreds of thousands of foreign terrorists, their payrolls, and weapons, along with western journalists entering illegally.

The terrorists and their supporters have improvised and created ‘clinics’ in abandoned homes.  They call these houses ‘hospitals’ but they are not. These houses may have been bombed, but they were not targeted because of their use as an improvised clinic.

The aerial bombing follows intelligence gathered on the ground. Among the terrorists and their supporters are informants who pose as jihadists or their supporters and report back exact terrorist positions.  When houses are bombed that means either it was a mistake, or there was credible information terrorists or weapons were stored there.

Ms. Crawford interviews Warda, a mother of ten, who left South Aleppo because of fighting and has moved ten times since 2011, and finally ended up in Idlib. What is not explained is why Warda, her husband Mohamed and their large family did not leave their home initially and take up living in Latakia, which has never been under attack, and has never had war damage, and remains, safe and calm.

Warda’s neighbors and fellow displaced persons flocked to the safety of Latakia from 2012 where they were housed in several camps, provided with food by the UN and other charities, while the Syrian government provided free medical care, and all the children were enrolled in free public schools.

Warda and her husband have chosen to not come to Latakia and the safety and provisions available there, but instead have chosen their path of “Jihad” and supporting the terrorists who follow Radical Islam.  Warda and her husband are in Idlib by their own choice, in which their religious-political ideology took precedence over the safety, health, and education of their children.

The SKY NEWS article compares Idlib to Birmingham. Let us take the comparison further, wondering what would the UK government response be if a terrorist group was to occupy Birmingham and hold unarmed civilians as human shields, to be used as bargaining chips in negotiations?

The likely response would be to call the skilled British Armed Forces, of the Counter-Terrorism units, who honed their skills on the battlefields of Afghanistan.   If the UN Security Council met to demand to cease any attack on the terrorists in Birmingham, what would be the Prime Minister’s response?

Ms. Crawford would have you believe that “When the war came to their homes, each of these families had to grab their relatives, gather their belongings and travel miles to seek a safe place – and do it all over again when the war caught up with them.”  This is factually incorrect. The civilians, and the armed terrorists, are in Idlib because they chose that location in a negotiated settlement when they left: the Old City of Homs, Derra, East Aleppo, East Ghouta and other places.

When these various battle zones were cleared of terrorists and their families, they were given a chance to lay down their arms and resume a normal life, or they could get on the free green buses and go to Idlib, taking their weapon.  If in fact, these people were traveling from one battle-zone to the next, indicates without a doubt, they were among the armed terrorists, their families, and supporters.

The civilians freed from East Aleppo in December 2016 went to central Aleppo were it was safe and all services available, though electricity and water were in short supply then.  When the civilians were freed from East Ghouta they were taken to temporary housing units constructed by the government.

The article says many of the displaced civilians of Idlib are headed north to the Turkish occupied town of Afrin. This would indicate they made that choice based on following the Muslim Brotherhood, which is a global terrorist organization outlawed by Egypt, Syria, Russia, and others, but is the ruling political ideology of Erdogan and his AK party.

The article quotes the opinion of one man, “There is nowhere safe in Syria anymore.”  This man’s opinion is not based on facts, as most of Syria is safe. Latakia and the coast are safe, Homs is safe, Aleppo is safe, Damascus is safe; however, there are a few unsafe areas such as Idlib, Deir Ez Zor, and parts of the Turkish-Syrian border in the northeast.  Regardless of his personal opinion, the fact is most of Syria is safe.

Ms. Crawford observed people flashing the “V for Victory” two-fingered salute.  Too bad the article doesn’t explore what victory they are hoping for, which is to establish a Sunni Muslim utopia in Idlib.

They know that Syria is a secular country, with hundreds of thousands of Christians, including Christian villages in Idlib province, and other non-Sunni sects who all enjoy the freedom of religion.  The extremists in Idlib do not want to live in freedom, they prefer to live under Sharia, which is Islamic law, and that is what they are fighting for.  Some experts call their ideology “Islamo-fascism” because they believe only their way is right.

The article voices concerns of a massacre by the Syrian Arab Army, which is a conscript army of every Syrian male over 18 not enrolled in University.  Many of those soldiers are local men of Idlib and there has not been a massacre in any of the villages already taken in Idlib province. This is fear-mongering, to demonize the Syrian Arab Army who is defending all of Syria from invasion or terrorist attacks.

Finally, Ms. Crawford admits that some of the civilians are against the terrorists, who he refers to as armed militias.  If they were against the terrorists, then why did they not take the offer to leave the area through three humanitarian corridors set up by the Russian Center of Reconciliation?  They would have had food, transportation to a safe place, and medical care.  The article highlights the misery in Idlib but fails to report on the full story or the facts.

SOURCEMidEastDiscourse.com
ATTENTION READERS
Due to the nature of independent content, VT cannot guarantee content validity.
We ask you to Read Our Content Policy so a clear comprehension of VT's independent non-censored media is understood and given its proper place in the world of news, opinion and media.