Gains and setbacks of the Syrian Army in greater Idlib, February 23-27, 2020 map

[ Editor’s Note: We are now several days into major counter attacks by jihadi and Turkish backed forces on the key Saraqeb City M5 highway junction with the road now cut and the city presumably taken. There has not been any Syrian video footage.

We never would have expected for the SAA to move both of it best assault divisions to South Idlib and leave the M5 highway in the hands of second tier troops, but apparently it did. And despite this critical move to break the hard fought for road connection with Aleppo, we have not seen any “rescue forces” from the Southern advance redeployed to face off the turn of events around Saraqeb.

Could this be a trap set by the Syrians draw this Turkish-jihadi advance to the east and then annihilate it? The SAA has never been a big gambler, so that would be a surprise.

We have also had total silence on the Aleppo front as to its manpower combat forces. With the Turks having moved huge amounts of equipment into Idlib, they can attack wherever they want.

Sustaining an attack we had though would not be possible under the strong artillery SAA support and the combat air cover. But alas, it may be that they cannot be everywhere at once. Turkey can afford to fight to the last jihadi, if that would cripple the SAA combat strength… Jim W. Dean ]

Since February 25, Turkish troops and their friends from Hayat Tahrir al-Sham (formerly the Syrian branch of al-Qaeda) and other al-Qaeda-affilated groups have recaptured the towns of Nayrab and Saraqib in eastern Idlib cutting off the M5 highway in this point. At the sane tine, they have lost a large chunk of the area in southern Idlib. 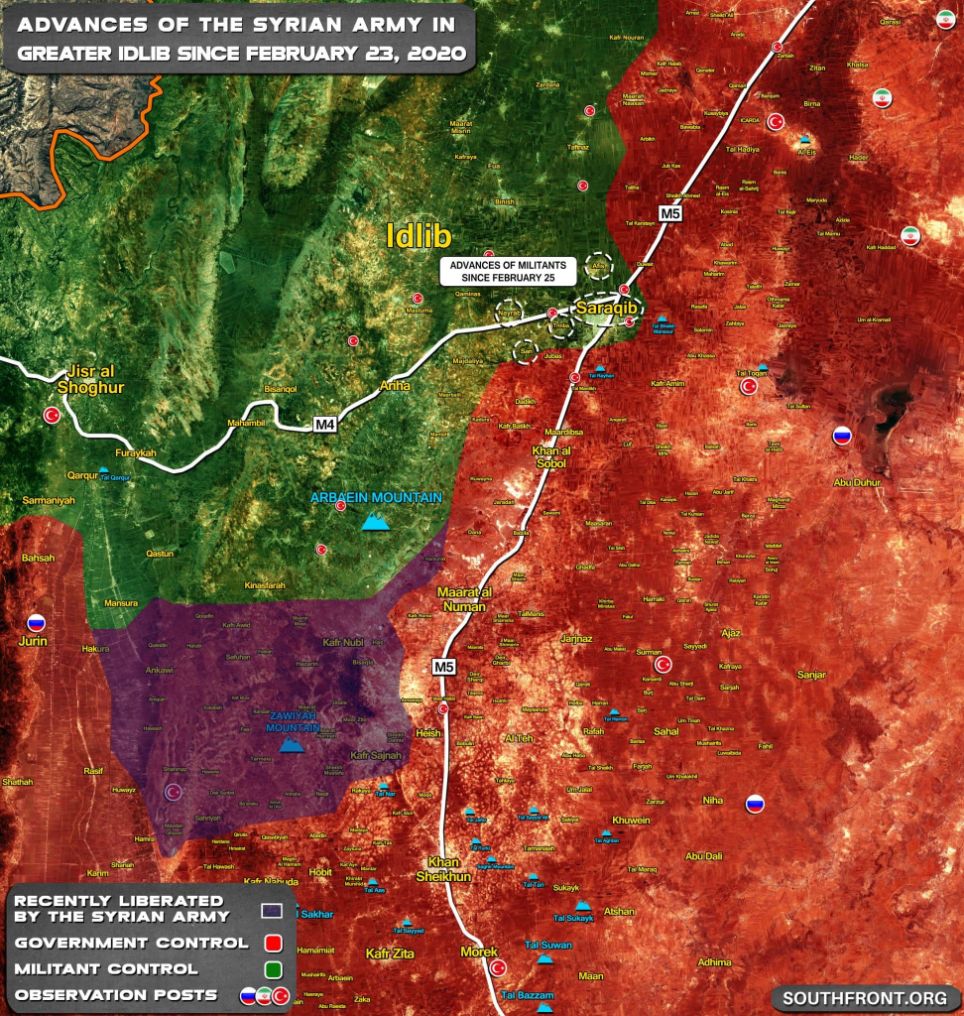