Join Samantha Bee and Nobel Prize-winning economist Paul Krugman for a conversation about Krugman’s new book, Arguing with Zombies—along with a crash course in contemporary economics and public policy ahead of the 2020 election. Recorded January 28, 2020, at 92nd Street Y.

Arguing with Zombies: Economics, Politics, and the Fight for a Better Future

There is no better guide than Paul Krugman to basic economics, the ideas that animate much of our public policy. Likewise, there is no stronger foe of zombie economics, the misunderstandings that just won’t die. 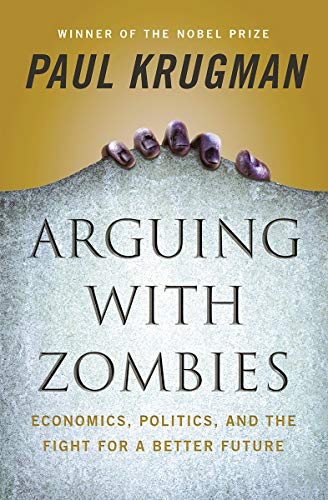 In Arguing with Zombies, Krugman tackles many of these misunderstandings, taking stock of where the United States has come from and where it’s headed in a series of concise, digestible chapters.

Drawn mainly from his popular New York Times column, they cover a wide range of issues, organized thematically and framed in the context of a wider debate. Explaining the complexities of health care, housing bubbles, tax reform, Social Security, and so much more with unrivaled clarity and precision, Arguing with Zombies is Krugman at the height of his powers.

Arguing with Zombies puts Krugman at the front of the debate in the 2020 election year and is an indispensable guide to two decades’ worth of political and economic discourse in the United States and around the globe.

With quick, vivid sketches, Krugman turns his readers into intelligent consumers of the daily news and hands them the keys to unlock the concepts behind the greatest economic policy issues of our time. In doing so, he delivers an instant classic that can serve as a reference point for this and future generations.