RT: British opposition leader and Labor leader Jeremy Corbyn had to be prevented at all costs. For this purpose, the media and lobbyists practiced a real anti-Semitism campaign.

The Jewish Chronicle now admitted that certain allegations were “untrue”.

Jeremy Corbyn is an anti-Semite, the Labor Party has been infused with anti-Semitic ideas since he was elected party leader in 2015. Corbyn’s election as Prime Minister would endanger the lives of British Jews.

These are some of the most violent allegations that the Labor leader had to put up with, especially in the last few months before the decisive election in December 2019. Even the New York Times published this opinion article by columnist Bret Stephens shortly before the election: “A vote for Jeremy Corbyn’s Labor Party is a vote for anti-Semitism”. 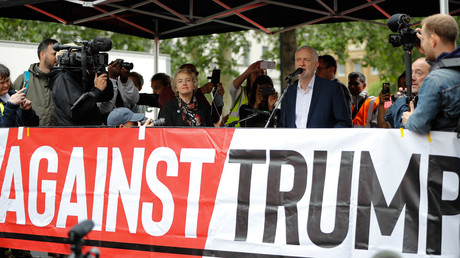 Evidence for these allegations could not be provided. But he did pose a threat, just not as it had been portrayed. With his positions against the British establishment, his sympathy for the suffering of the Palestinians and his anti-Zionist attitude, he created powerful enemies.

When the Labor Party’s executive committee refused to equate anti-Israeli or anti-Zionist statements with anti-Semitism, Israeli Prime Minister Benjamin Netanyahu sharply attacked the British accusing him of comparing “Israel to the Nazis”.

Corbyn never made this comparison between Israel and the Nazis, as Netanyahu claimed. He was only the organizer of a Holocaust memorial day in the British House of Commons in 2010, in which the Auschwitz survivor from Bielefeld, Dr. Hajo Meyer was the keynote speaker.

Meyer, himself a Jew, was less and less able to identify with Israeli politics – which also claims to speak for all Jews in the world. In his 2005 book, “The End of Judaism. The Decline of Israeli Society”, he compared Israeli policy towards the Palestinians to the beginnings of Nazi persecution of the Jews. And this comparison was made by Dr. Meyer resumed five years later at the Holocaust Memorial Day.

The British newspaper The Jewish Chronicle ( JC ) was also among the leaders in the agitation against Labor. In several articles, the newspaper Audrey White, a Labor activist from Liverpool, accused MEP Louise Ellman of “anti-Semitic” motives for attacking. White criticized Ellman for her role as chair of the Labor Friends of Israel organization, which is at the center of the documentary The Lobby by Al Jazeera’swas standing.

The result was that these and other organizations work “very closely” with the Israeli embassy in London. The biggest scandal, however, was caused by the secretary Shai Masot, who was filmed with a hidden camera, who boasted that he could “overthrow” cabinet members of the British government. 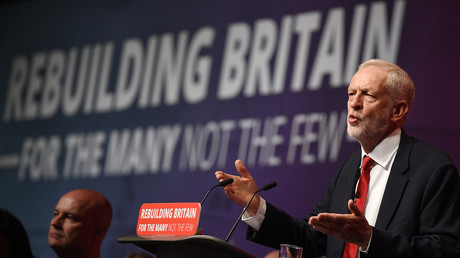 This criticism was enough for the Jewish Chronicle to accuse White of anti-Semitism. However, this did not put up with it and took legal action against the defamation. In December, the British press control authority IPSO decided that the newspaper’s reports on White were “significantly misleading” and that “unacceptable” research was poor.

To settle the dispute after this decision, The Jewish Chronicle and White agreed to a settlement. The newspaper pays her compensation, pays the lawyer’s fees, and deletes the four inflammatory articles. In addition, a brief apology was released, admitting that “some” of White’s allegations were “false”.

It was late satisfaction for the Labor activist, but the political damage had long been done to the party and the goal of defeating Corbyn’s election was a success. This is not the first case in which the newspaper had to agree on a settlement because of agitation and defamation.

Already in August 2019, the paper had to pay $ 60,000 in compensation to the aid organization InterPal after The Jewish Chronicle assumed that the organization was involved in “terrorist acts”. InterPal campaigns for the rights of the Palestinians and supports the people in the West Bank, Gaza and in Palestinian refugee camps in Jordan and Lebanon with aid offers.

The organization only came into the focus of the hate campaign when Corbyn took part in an event in March 2019 and people were looking for reasons to cover him with anti-Semitism allegations. In the end, JC also had to apologize publicly and admit that the allegations were false and that defamation compensation would be paid to InterPal.