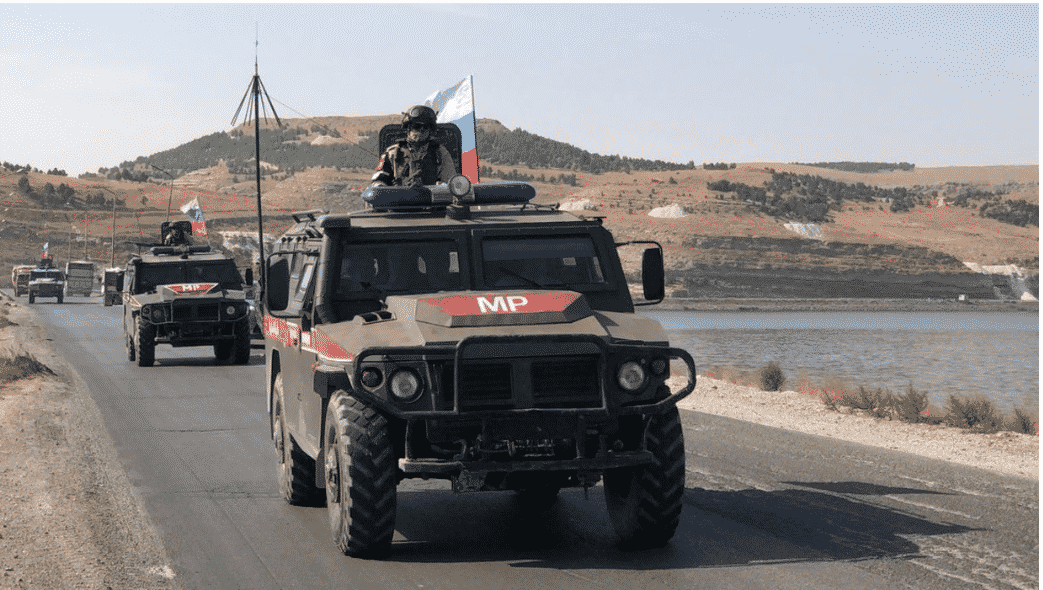 Editor’s note: Russian press has become totally undependable for reporting because of undue influence.  Video in Russian but relatively informative for the language challenged.

Southfront: At 17:00 March 2, units of the Russian Military Police deployed in the town of Saraqib in eastern Idlib, the Russian military announced in an official statement. 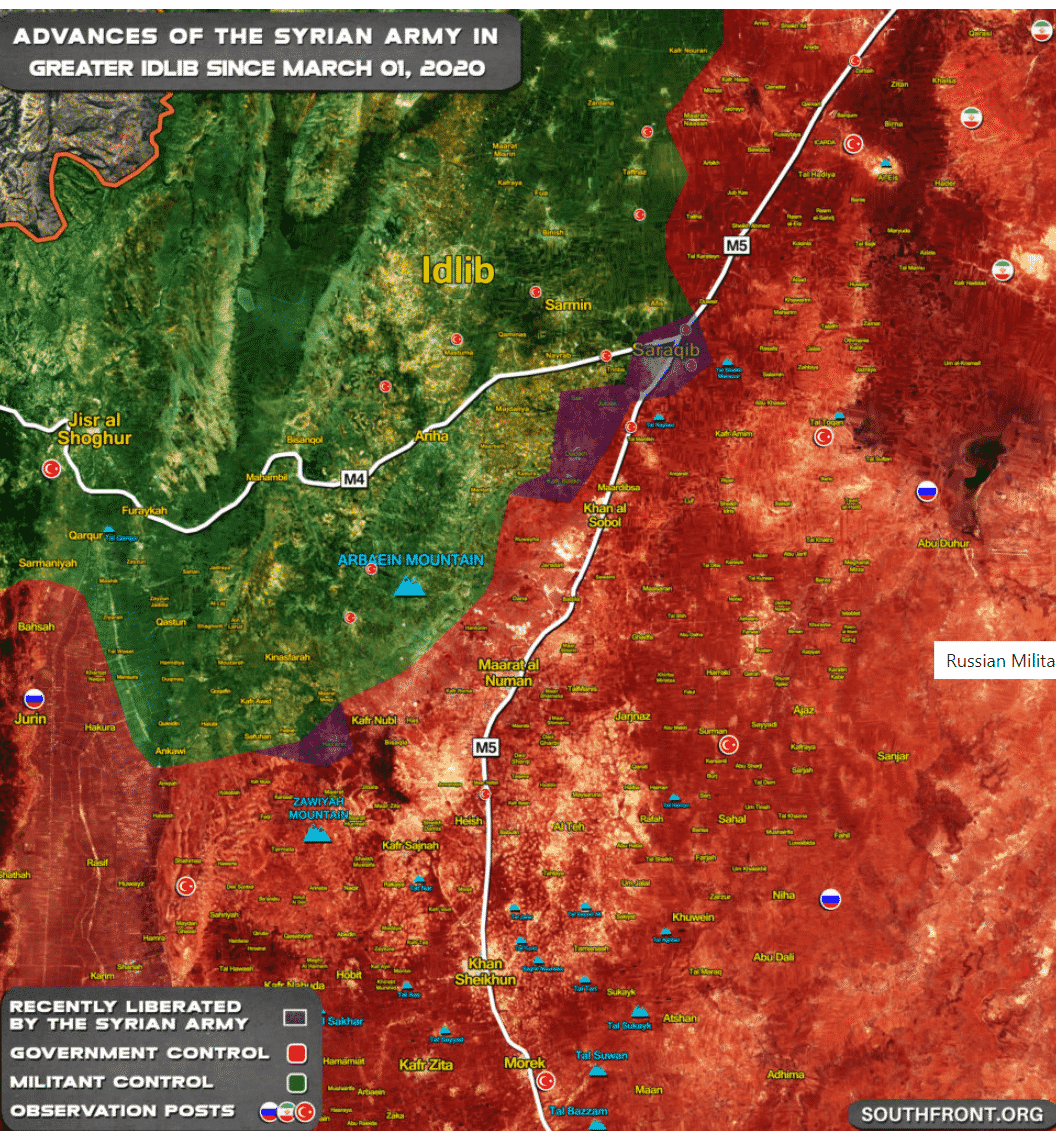 According to the statement, Russian forces will guarantee “security” and allow a peaceful passage of cars through the M5 and M4 highways.

The official deployment of Russian forces in Saraqib followed an advance of the Syrian Army supported by the Russian Aerospace Forces. The Syrians cleared Saraqib of Turkish forces and their al-Qaeda allies.

The Russian military presence in the town is designed to prevent further Turkish attempts to capture it and cut off the M5 highway.

Russian military police have been deployed to Saraqeb in Syria’s Idlib province, the Defense Ministry has confirmed. Until recently, the strategic town has seen heavy fighting between Syrian forces and Turkish-backed militants.

The police presence is especially important because of the key role that Saraqeb plays in assuring the safety of vehicles and the civilian population travelling along the M4 and M5 highways.

The M4 connects the major port of Latakia to the Syrian-Iraqi border, while the M5 links Aleppo with Syrian capital Damascus and goes all the way to Jordan. Saraqeb is located near both of these transportation corridors.

There was heavy fighting between Syrian government forces and the militants, who were backed by Turkish artillery, over the town in recent weeks. In late February, the jihadists even announced that they were able to get hold of Saraqeb, but the Russian military sources denied those claims, saying that all of the attacks were repelled.

The Syrian forces established full control over Saraqeb on February 5. That triggered quite a response from Ankara, which demanded Damascus draw back its forces to the positions they occupied in late 2019. It also tried persuading Moscow to pressure its Syrian allies to retreat.

Tensions did not die down between Damascus and Ankara over the following weeks. One of the major escalations followed after Turkey sent its troops to Idlib – the last remaining terrorist stronghold in Syria – provoking airstrikes and deadly clashes between the sides.

On Monday, Turkey lost several of its drones during a major offensive in the area, but managed to shoot down two Syrian Su-24 bombers.

ALSO ON RT.COM
Erdogan to visit Moscow on March 5, Ankara confirms, as Turkey-Syria conflict escalates
Meanwhile, Turkish President Recep Tayyip Erdogan is heading to Moscow on March 5 for talks with Vladimir Putin, with hopes being high that the two leaders will be able to find a way to stop the bloodshed in Idlib.