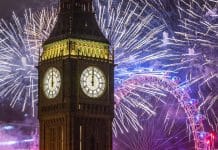 In a ‘Bizarre’ Biological Twist, a Mother Lion Adopted a Leopard Cub in India

In December 2018, researchers at the Gir National Park in India stumbled upon a lioness who appeared to have adopted a baby leopard as one of her own. The little male cub, who was around two months old, was seen nursing from the lioness, feeding on her kills and playing with her two biological cubs, who were around the same age as the leopard.

This rare case of interspecies foster care left the researchers entirely befuddled; published in the journal Ecosphere, they describe the lioness’ behavior as plainly “bizarre.”

From an evolutionary perspective, caring for the offspring of another animal doesn’t make much sense. Raising young—nursing them, gathering food for them, making sure they stay safe—requires a lot of time and energy, and is typically done in the interest of propagating one’s own genes.

It’s not unheard of for animals to look after non-biological offspring of the same species, but “such acts directly help in boosting the [caregiver’s] lifetime reproductive success,” the study authors write. Female cheetahs, for instance, are known to adopt orphaned male cubs that, once they reach adulthood, form large coalitions with the mother’s own offspring.

SOURCESmithsonianMag.com
ATTENTION READERS
Due to the nature of independent content, VT cannot guarantee content validity.
We ask you to Read Our Content Policy so a clear comprehension of VT's independent non-censored media is understood and given its proper place in the world of news, opinion and media.