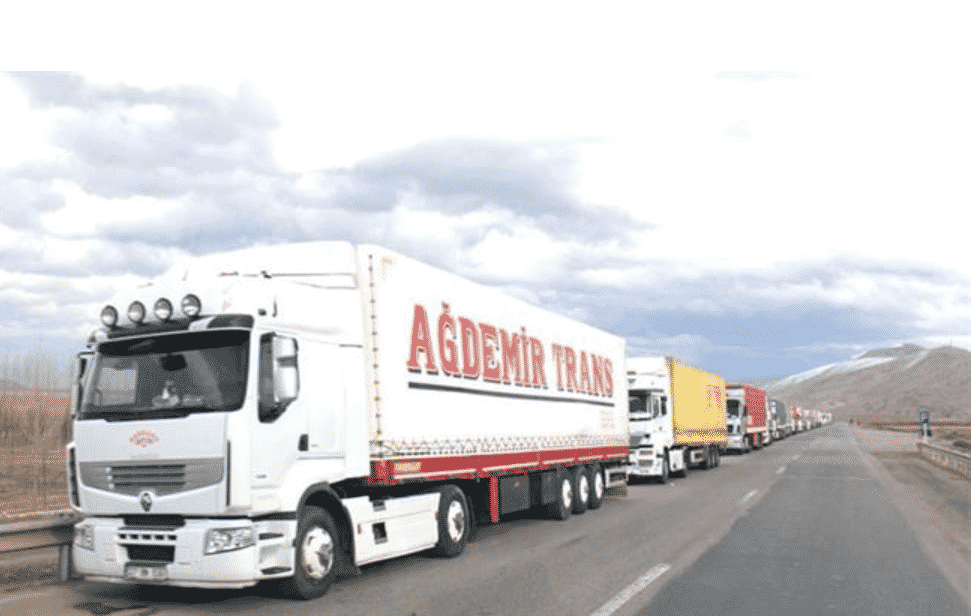 Under a new plan, Turkish truck drivers would park their trailers at the border gate where they will be taken by Iranian drivers.

Turkey has developed a formula to continue cross-border trade with Iran despite a travel ban due to the coronavirus, the country’s Hurriyet newspaper reports.

Under the plan, Turkish truck drivers would park their trailers at the border gate where they will be taken by Iranian drivers and driven into the country.

The formula, Hurriyet said, has been drawn out by the International Transporters Association (UND), an umbrella organization of the trailer truck drivers, and Turkey’s health ministry and communicated to truck drivers and transportation companies.

Relations between Iran and Turkey have grown closer under President Recep Tayyip Erdogan despite the most draconian sanctions which the United States has imposed on the Islamic Republic.

Iran and Turkey have agreed to step up their economic cooperation and raise their annual trade to $30 billion.

Ankara has denounced unilateral US sanctions on Tehran, saying it is determined to maintain trade with the Islamic Republic.

Iran is a key gas supplier to Turkey which receives 353 billion cubic feet per year under a 25-year agreement signed in 2001.

Representatives of about 80 Iranian companies were meeting their counterparts at a conference in Istanbul on Wednesday as part of a new push by Iran and Turkey to enhance their economic relations.

Hamid Hosseini, a member of the Iran-Iraq chamber of commerce, also said Tuesday Iranian exports to the Arab country have resumed after problems related to the coronavirus outbreak were sorted out.

“Many trucks are currently crossing the border… and there is no particular problem with exporting Iranian goods to Iraq,” he said.

A senior official at Iran’s Road Maintenance and Transportation Organization said Sunday trade with Azerbaijan, Afghanistan, Iraq, and Russia continues despite worries about the spread of the coronavirus.

Manouchehr Salmanzadeh said border trade with Afghanistan, Azerbaijan and Iraq and with Russia via Azerbaijan is carried out by trucks without any restriction.

The official said there has been no significant change in border trade with the countries compared to the week before the outbreak of the virus in Iran.

Border trade with Turkmenistan, Pakistan, and Turkey, however, has been suspended, but it will resume in the coming days, Salmanzadeh said.

The news about the closure of the Iran-Iraq border is fabricated by the “enemies of the Islamic Republic of Iran” in line with their psychological war on Tehran, he added.

“It is natural for the US to do its utmost to isolate Iran and contain its economy, but it will definitely fail,” Al-e Es’haq further said.

Officials say Iran is pushing forth with a 2025 vision plan to raise its exports to Iraq to $20 billion a year despite US pressures on Baghdad to keep Tehran at an arm’s length.