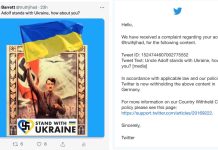 The coins, valued at an estimated $5,000 to $6,000, washed up on Florida’s “Treasure Coast” when a storm system moved across the Gulf of Mexico and over the state on February 22, per Jan Wesner Childs of the Weather Channel. As winds of up to 40 miles per hour swept through the area and 13-foot-tall waves crashed offshore, friends Jonah Martinez, Cole Smith and Jeremy Prouty set out to search the beach for newly unearthed artifacts.

“It takes an element like that from mother nature to move the sand away in such a way that we can get down to the stuff from the 1700s and 1600s,” Martinez tells the Weather Channel. “ … Maybe [just] four times [per] year I can go out and pick up items from that era.”

As Martinez explains to WPTV, major storms carry away much lighter sand and leave heavier metal artifacts in shallow water by the beach, where they can be recovered with the help of a metal detector. Previously, the trio of treasure hunters has discovered belt buckles, pieces of porcelain, cufflinks and cutlery…