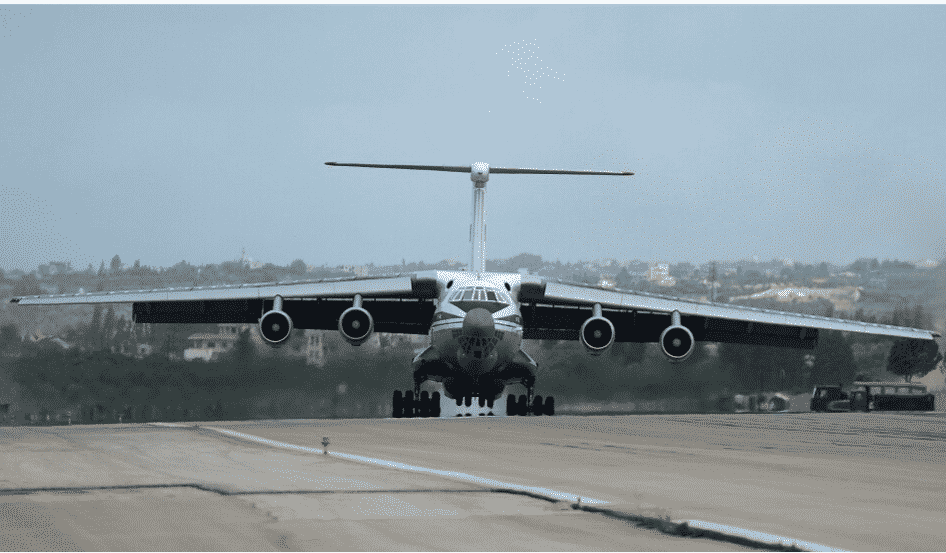 According to Western sites to monitor the movement of military aircraft, the plane set out from a Russian military airport in the Russian Republic of North Ossetia and carried out its flight to Syria, to return on the same day to Russia.

Before that, it was reported that two Russian “Tu-154B-2” military aircraft crossed Turkish airspace on Sunday, without any hindrance to the Hmeimim base.

On Monday, the Bosphorus crossed the large Russian landing ship “Novocherkassk”, heading for the Syrian coast.

On February 28, two winged “Kaliber” missile carriers, the two “Admiral Makarov” and “Admiral Grigorovich”, crossed the Bosphorus Strait and Dardanelles on their way to Syria.

The representative of the Russian Black Sea Fleet, Alexei Rullev, announced that two Russian frigates carrying ultra-fine Caliber missiles will head to the Mediterranean Sea off the Syrian coast.

He said, “The two frigates of the Black Sea Fleet, Admiral Makarov and Admiral Grigorovich, equipped with high-precision Caliber cruise missiles, crossed the Turkish Bosphorus and Dardanelles straits en route to the Mediterranean.”

The spokesman explained that these two frigates will be stationed in the Mediterranean Sea, to be part of the forces of the Russian naval group standing there.

He mentioned that during their operation from the Black Sea to the Mediterranean, these two frigates conducted a series of naval combat exercises and maneuvers in the fleet training ranges in the Black Sea.

He pointed out that the third frigate of this model, “Admiral Essen” of the Black Sea Fleet, has been carrying out missions in the Mediterranean since December 2019.

The frigate “Admiral Makarov” and “Admiral Grigorovich” had previously participated in the Russian operation against terrorists and armed groups off the coast of Syria.

The gathering of Russian ships is being strengthened in the Mediterranean, against the background of a sharp worsening of the situation in the Syrian de-escalation zone in Idlib.