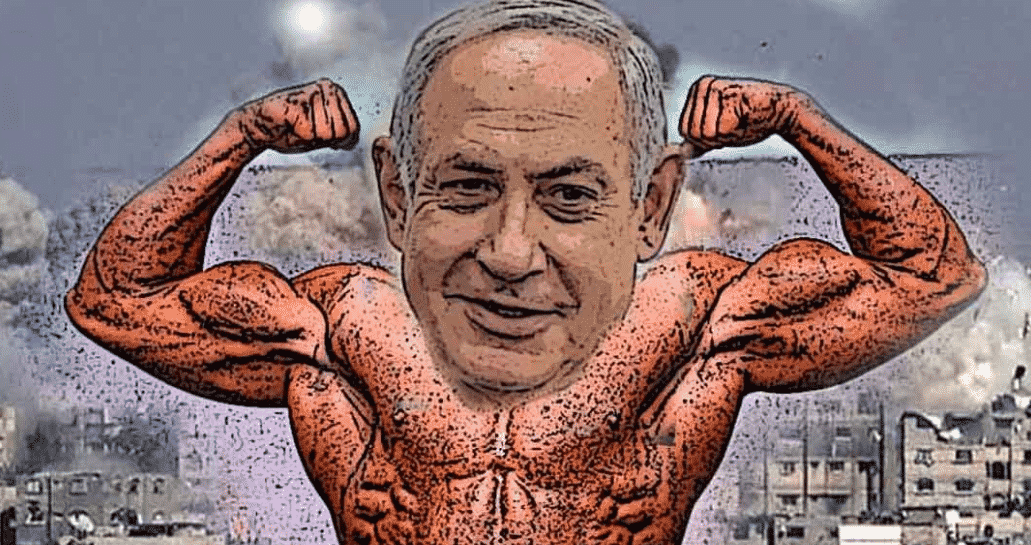 A few days ahead of the previous Israeli election, Haaretz’s lead writer Anshel Pfeffer,  authored a spectacular analysis of Israel’s current political deadlock: Israelis are going to the polls to decide whether they are ‘Jews’ or ‘Israelis.’

The first to point out the political  rivalry between ‘the Jew’and ‘the Israeli’ was  Shimon Peres who, after his narrow 1996 defeat,  lamented in a Haaretz interview that “the Israelis lost the election.” When Peres asked who won, he answered, “The Jews won.” Peres, who was born in Poland, saw himself as the ‘Israeli’ candidate, Netanyahu, who was born in Israel and served as a commander in the IDF’s top unit, was in Peres’ eyes, the political choice of the ‘Jews.’  Peres’s observation was spot on.  Politically astute and well imbued in early Zionist thought, Peres identified the emerging Identitarian conflict that was destined to break up Israeli society.

Pfeffer pointed out that in the 1990s Netanyahu was influenced by his American campaign guru, Arthur Finkelstein, to accept that “Jewishness” is the primary unifier for Israelis. This clearly applies to religious Jews but it is also true of those who regard themselves as secular and/or leftist.

While early Zionism can be understood as an uncompromising attempt to divorce the Jews from Jewishness, the ghetto and tribalism to make them “people like all other people,” the Israeli Right/Religious political call is openly driven by a nostalgic adherence to the myths of the shtetl and its walls, segregation and every other aspect of Jewish tribalism, chauvinism included. As bizarre as it may sound, Netanyahu’s transformation of Israel into a Jewish ghetto surrounded by walls and defined by a ‘Jewish National Bill’  makes him, by early Zionist standards, into an ardent anti-Zionist.

According to Pfeffer,  when Netanyahu returned to power in 2009 and formed a right-wing/ religious coalition,  “the Jews prevailed” and have done so ever since.

On Monday, Netanyahu won a significant political and personal victory. He earned the votes of the people despite his complicated legal situation and some would even say, because of his legal complications. In this rivalry between the ‘Israeli’ and the ‘Jew,’ the ‘Israeli’ is beaten time after time and the ‘Jew’ consistently prevails.

The ‘Jews,’ as Shimon Peres referred to them,  see in Netanyahu a clear path towards a true spiritual homecoming. Being Likudnics can be realized as a true celebration of who and what they truly are. The ‘Israelis,’ on the other hand, were hoping for Gantz and Kachol Lavan to revive the early Zionist promise to be emancipated from what they are and to finally become people like all other Goyim whether this means nationalist patriots or cosmopolitan pacifist.

The demography of the ‘Jewish’  camp and its Israeli’ rival is pretty much separated.  Netanyahu is largely supported by Mizrahi Jews and the Israeli Religious sectors (the orthodox and settlers). Gantz and Kachol Lavan have managed to ignite the imagination of the old elites: the Ashkenazi and educated Israelis. The ‘Jews,’ as Peres referred to them, love Bibi because he manipulates the Goyim. He reduced America into an Israeli colony and practically a ‘side in the conflict’ (as opposed to an impartial negotiator).  They are proud of their Bibi and his ability to puppeteer world leaders. He bonds with the Diaspora and the Lobby, he also manages to keep American taxpayers’ dollars flowing. Bibi, as far as they can tell, is the best thing that happened in modern Jewish history.

The ‘Israelis’ vote Kachol Lavan because they don’t like Netanyahu, they can’t stand the idea that his voters and they are considered ‘one people.’ The ‘Israeli’ shares little with the religious sectors, the settlers and even less with the ‘Jews’ who live in the periphery.   The ‘Israeli’ would like Netanyahu to be locked up behind bars and subliminally hope that his voters will evaporate into thin air.  Kachol Lavan is not a center party. Its vision of the conflict is actually to the right of the Likud party and its vision of social matters is vague to non-existent.  It is more likely that its leaders, veteran IDF Generals, evoke amongst the ‘Israelis’ nostalgic memories of 1967: an Ashkenazi ruled state, committed to the Zionist mantra of the rejection of Jewishness.

But the ‘Israeli’ was defeated again on Monday.  Nostalgia for the most heroic moment in Israeli history didn’t seem to mature into the necessary revolution and Gantz may have finished his political role. It is likely that Kachol Lavan will disintegrate into its elements in the coming weeks.

Arthur Finkelstein figured it out in the 1990s and Netanyahu continues to follow his campaign mentor, refining his political agenda in line with Judeo-centrism. In the state that calls itself the ‘Jewish State,’ the ‘Israeli’ is gradually becoming  rare, he has been supplanted by ‘the Jew.’

My battle for truth and freedom involves some expensive legal services and security expenses. I hope that you will consider committing to a monthly donation in whatever amount you can give. Regular contributions will enable me to avoid being pushed against a wall and to stay on top of the endless harassment by Zionist operators attempting to silence me.