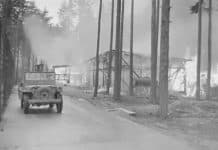 T or F? Any amount of exposure to ionizing radiation is bad for you

Next month, Earth will be paid a visit from an old cosmic friend: a two-mile-wide asteroid called (52768) 1998 OR2 that will come within about 4 million miles of our planet. This behemoth will be the largest asteroid to swoop in close to Earth’s orbit in 2020, zooming by at almost 20,000 miles per hour, according to Prabhjote Gill at Business Insider.

Known to researchers since July 1998, this massive space rock offers sky gazers the chance to scope out an object that NASA has previously designated “potentially hazardous,” so named because they occasionally pass near Earth’s orbit and are large enough to cause serious damage on impact.

That said, scientists have known for decades that (52768) 1998 OR2 poses no immediate threat; experts estimate its closest approach will happen on April 16, 2079, when it swoops about 1 million miles from Earth, according to a database maintained by NASA’s Jet Propulsion Lab. (For perspective, the moon is about four times closer.)

Most of the time, however, the asteroid is careening about on a trajectory that takes it even further out into the solar system, sometimes almost into Jupiter’s neck of the woods. (52768) 1998 OR2 needs three years and eight months to complete a lap around the sun, and may actually be more likely to have a close brush with Mars than Earth.