Home Government Elections The “DNC” and the Soviet Style “Politburo” 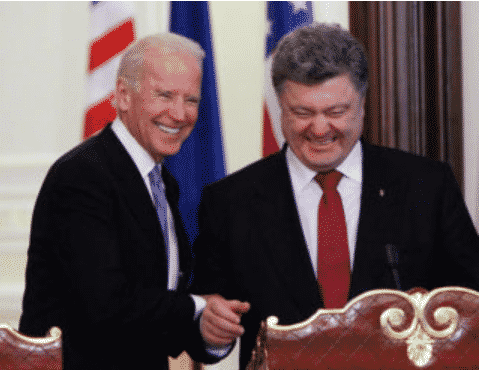 For God’s sake, look at the Scandinavian Model of Social Democracy and see how it is working for the people, for the small and big business, for the working class, and the millionaires. What is wrong with that model for our country?

The biggest beneficiaries of Bernie Sanders’s “Social Democracy” are the working class of America, the working mothers who are denied paid maternity leave and have to pay amounts equal to rent for daycare, the 99%.

Tens of millions will benefit from Bernie Sanders’s “Social Democracy” because it protects their social security “entitlement programs” from being looted to give tax breaks to corporations and multibillionaires. Do Trump supporters know that 91 companies out of the top Fortune 500 did not pay a single dollar in taxes in 2018?

Both Trump and Biden will loot all of the money out of social security to fund tax cuts for the rich and powerful and healthcare industry.

It is surprising after Biden “win” in SC to generate the claimed “surge” in time for Super Tuesday. The sudden drop out of the race of Amy Klobuchar and Peter Buttigieg, their “timely” endorsement of Biden, is a clear message that the DNC once again is “rigging” the nomination. And for one of its own and once again, denying Bernie Sanders and the Progressive Wing the nomination just like they did it in the 2016 election.

If we are to look at the history of the Democratic Party over the last several decades, we can see it has moved away from its core “ideology” and purpose. It ran from being the party of the people, the working class to the party of a “closed partnership” of big money, wealthy sponsors, and corporation, no different from the Republican Party. One can say both the two sides of the same coin.

We all recall how the disgraced Debbi Wasserman Schultz, the former DNC chair during the 2016 nomination, and how she ‘rigged’ the nomination through collusion with Hilary Clinton with the promise of money and employment. Well, Schultz resigned after the emergence of thousands of emails, all encouraging the party apparatus to deny Bernie Sanders the nomination at any cost.

Donna Brazile, who took over as interim chair of the DNC, later admitted the process was “rigged” and “I had found my proof; it broke my heart.” Then Brazile walked away from her statement.

This time around, it was not the Clinton who pushed for “rigging’ the DNC, but Barack Obama and Joe Biden, who lobbied very hard to make sure that Keith Ellison, the front runner, was denied the chair. Obama and Biden pushed hard to elect Tom Peres as a DNC chair. The “Party Establishment” beholding to big-time donors and toxic influence from Pro-Israeli sponsors like Haim Saban, as expected, threw the accusation of “Anti-Semitism” at Ellison. In the end, Peres won the vote on the second ballot with a narrow margin.

Contrary to what Biden claims, the DNC establishment is not the working class, nor members of the union, nor owners of small businesses. It is the partnership of the rich and powerful, big-time money, Super Pack Political action committees funded by vested interests indeed not those Biden claims to be the Democratic Establishment.

Biden was not vetted by the “Democratic Establishment” for his long history of lies and plagiarism nor his votes against social security and Medicare or women’s rights. Nor for his votes and supports of wars, of false claim of support of the Civil Rights movements nor his lies of support for the ANC and its fights against White Apartheid South Africa. Yes nor his votes in favor of health insurance companies and private companies that levied trillions of dollars on the college student.

With claims he came from a working-class background, during this 30 year in the Senate, he did nothing for the poor’s in his state of Delaware. His failure is seen every day by the tens of thousands who ride the daily Metro Liner between NYC and Union Station. Biden’s fault is all along the railroad tracks.

On many occasions, Biden declared himself a Zionists, an Israeli Loyalist, and Israeli First who visited Israel on many many times indeed while failing to visit Flint or Gary or Detroit and see the miserable conditions of these towns.

The “Democratic Establishment” is an alliance of Neocons and Neoliberals who with vested interests in Wall Street and perpetual wars. It moved the party from its original core “Social Democrats” of FDR and the New Deal. It is denying the legacy of FDR and the New Deal that pulled America out of its poverty and propelled it into a great nation that eventually won the Second War establishing Social Security and other essential signature programs that defined FDR presidency.

The Democratic Establishment lined up behind Biden, who will collapse from the first round with Trump on “technical knockout” as being unfit mentally and physically to withstand the grueling election if he was the nominee.

The Soviet Style Politburo decided from 2016 anyone but Sanders and has done its best to thwart the efforts and success of the “Progressive Wing” of the party claiming the need for “safe candidate” to challenge Trump during the upcoming election. The DNC while promoting Biden as a “safe candidate, forgetting the facts that Trump was not the “safe candidate” of the Republican Party.

Should the DNC rig the convention once again, deny Sanders the nomination, then it will lose badly with Biden, and it will cause irreparable damage for years to come.

The only way forward is to thwart the efforts by the gangs at DNC, guaranteeing Sanders fair chance to compete with a “defective” Biden.

The party’s future will now stand on how the DNC Politburo will handle the rest of the nomination journey. The choice is stark. Either the party will become another shade of the Republican Party, or there will be a movement to take charge, change the name to Social Democratic Party and live up to its history of being the party of FDR and the New Deal.

There is no way the DNC Politburo will change anything. That is why we must decide on our next move. Either a complete take over of the DNC with the guaranteed loss to Trump if Biden is the nominee or split and form the Social Democratic Party to implement Bernie Sanders’s social and political plan for the future.

The “Social Democratic Party” will have as its core end of racial and religious racism, equality, and equal opportunity. Universal health coverage, free and affordable college education, minimum wage based on one job should be enough. No more wars, rebuilding the country’s infrastructure, and end corporate welfare. Otherwise, make it again the party of the people loyal to the “social democratic” values of FDR.