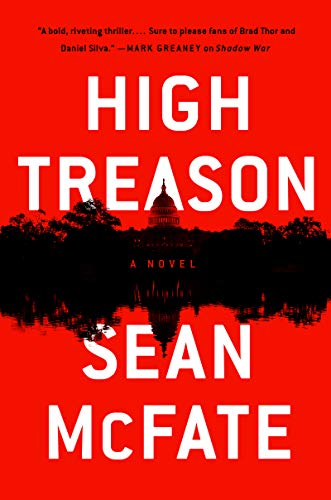 In this fictional novel, you will be introduced to the third action thriller if you are already a fan of Brad Thor and David Baldacci, the hero Tom Locke, who work together to stop those who would overthrow the president.

On the way to the National Prayer Breakfast, and vice president’s motorcade is attacked by a carefully planned group whose purpose was to create chaos.  Was it ISIS? A young female FBI agent is confident that Russia is behind the attack.

Did a global security firm arrange the attack? Military contractor, Tom Locke, wonders if Apollo Outcomes is responsible. If so, why would a security firm do this? Information leaks abound.

About the author: Sean McFate is a professor of strategy at the National Defense University and Georgetown University’s School of Foreign Service. He is also a senior fellow at the Atlantic Council, a think tank. He served as a paratrooper in the U.S. Army’s 82nd Airborne Division and then worked for a major private military corporation.

He is the author of two novels featuring Tom Locke-Shadow Warand Deep Black– and two works of nonfiction, The New Rules of War and the Modern Mercenary, and holds a BA from Brown University, an MA from Harvard’s Kennedy School of Government, and a PhD in international relations from the London School of Economics and Political Science (LSE). He lives with his family in Washington, D.C.