[ Editor’s Note:  This is a March 4th article which I only found by checking TASS. I have not seen this mentioned in any of the other news “updates” on the virus, despite its huge coverage the last few days. So know we know there are two types of the virus.

Was media just too overwhelmed by it, or was there censorship for the purpose of not putting the spotlight more on China being the most knowledgeable about the virus now?

This could be due to Trump wanting to initially blame the virus on China, and not wanting to cut it any slack as the man does love using bogeymen as distraction tools.

But from this report we can see how far behind the US media is on getting new information out to the public to keep them up to speed. What I sense is part of the Trump team strategy is that the less we know the better for him to be able to spin as he wants.

It has tried to focus attention on the huge success of there finally being enough testing kits in the pipeline to cover the infected US states next week, while trying to cover up that this was at least two weeks late.

Why? Because the WHO had already been to China and was relaying its reports to the US that testing needed to be centered around discovering “clusters” around those they knew who were infected, family, friends, fellow airline passengers, so those people could be located and tested and put into quarantine to avoid the spreading around we are seeing now.

For example, China learned that when it shut Wuhan City down, there was not much to do so families gathered together more and infected each other. Hospitals also showed up as clusters in the early days as patients were spreading it in the waiting rooms.

It set up a system of calling in to report symptoms and thousands of teams would go out to get swaps done at home and give them the quarantine instructions. This is how the Chinese began getting a handle on the spread.

In the US the CDC people who went to meet the US Japanese cruise ship evacuees, did not have the proper equipment or training to protect themselves, an incredible lapse by the CDC. When goofs like that can happen at that level, God help us all… Jim W. Dean ] 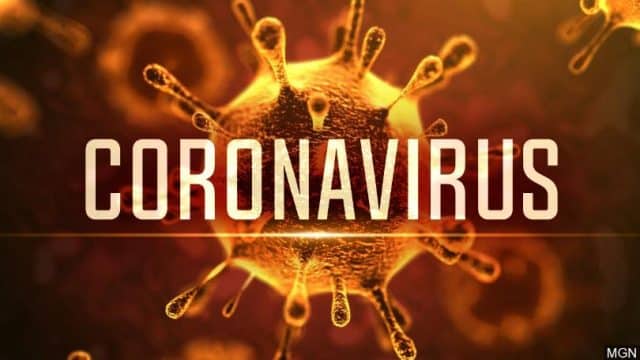 The article provides data on infection degree and pathological changes of lungs, and reports significant shrinkage of spleen and degradation of myocardial cells. The report notes that the coronavirus was found in the human excretory system, which might also serve as the source of contact and aerosol infection mechanism.

Aerosol infection mechanism implies transmission of the virus while talking, coughing and sneezing. It also includes the dust transmission, when dust particles containing the virus get inside the lungs of a healthy human.

The researchers have examined 103 coronavirus specimen and discovered that it underwent 149 mutations an evolved into two subtypes – S-and L-type. These subtypes were discovered in 101 specimen, and 70% of those were L-type, while 30% were S-type.

The L-type is more virulent, the research says.

The S-type coronavirus resembles more the virus found in bats. The researchers believe that the S-type is an “old” version of the coronavirus.

During the early days of the outbreak in Wuhan, the L-type was widespread, but after the first week, its incidence reduced.

A pneumonia outbreak caused by the COVID-19 virus (previously known as 2019-nCoV) was reported in China’s Wuhan, a large trade and industrial center with a population of 12 million, in late December.

The World Health Organization (WHO) declared the new coronavirus outbreak a public health emergency of international concern, describing it as an epidemic with multiple locations. Besides China, major coronavirus outbreaks have been reported in South Korea, Iran and Italy. More than 70 countries, including Russia, have reported confirmed coronavirus cases.

In China, which accounts for the majority of the novel coronavirus cases, the death toll is nearing 3,000, while almost 80,000 people have been infected and another 50,000 have recovered. According to the WHO, the number of coronavirus sufferers outside China has exceeded 10,500 and more than 160 have died.