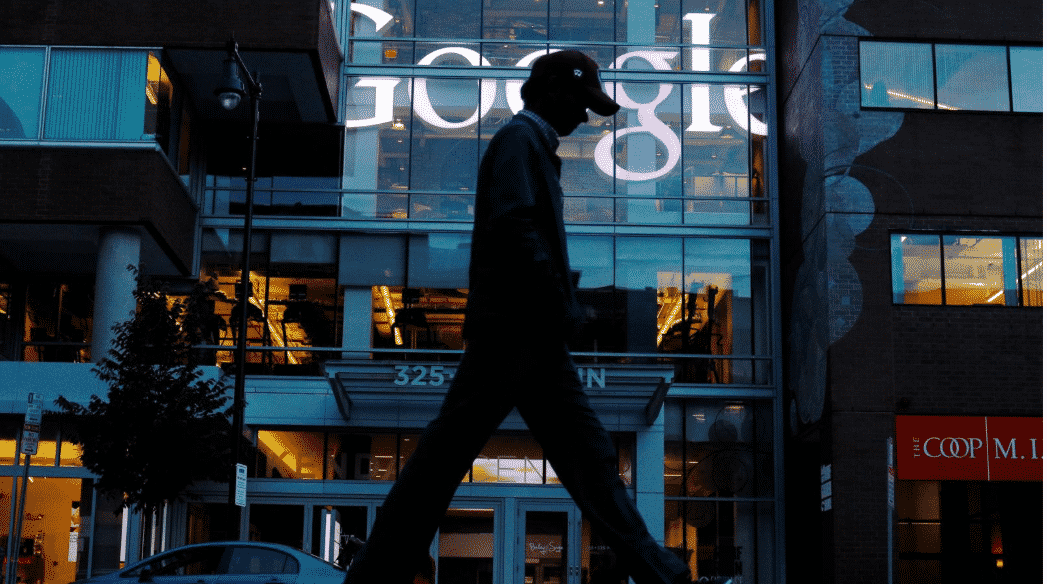 I recently spotted something strange on Google Maps: photographs related to the armed conflict in Syria have been attached to the geographical locations of Russian foreign missions.

Rather than the usual photographs of buildings and architectural ensembles, their grand interiors or stories about important events that involved them, there are images of destroyed Syrian towns and cities, portraits of injured civilians, photographs showing them being pulled from the rubble, and also captions insulting the Syrian and Russian presidents.

Looking into it further, it turned out that the locations are Russian embassies and consulate generals in many countries of Europe, North America, and the Middle East. And we’re not just talking one or two files, but dozens of photographs and videos uploaded as public photos (videos) of Russian consulates and embassies.

Such images can be found attached to the Russian Consulate General in Istanbul, for example: They have also been attached to the Russian Embassy in Berlin: and the Russian Embassy in Ottawa: The number of uploaded photos and videos suggests that it has nothing to do with someone accidentally choosing the wrong building or pressing the wrong button. These are targeted and coordinated actions of an openly hostile nature.

A simple analysis of the situation shows that an attempt has been made to discredit Russia’s image in the global information space using Google user accounts. After all, attaching inflammatory materials to buildings located in an electronic public access system is, at the very least, an act of vandalism akin to spraying graffiti on the walls of buildings out in the real (rather than the virtual) world or throwing messages and objects into a restricted area.

With regard to buildings that are representing a country overseas, such actions, especially on such a scale, undoubtedly signify a political démarche. They are, perhaps, comparable with pickets, demonstrations or even a series of such events in various countries.

However, most countries have certain rules with regard to pickets and demonstrations outside foreign mission buildings that are dictated by international conventions. In accordance with these, local authorities must ensure their safety, especially if they are being threatened with hostility.

There are no such rules on the Internet. While their services cover the entire planet and penetrate virtually every aspect of people’s lives, Google and other IT giants do everything they can to prevent any kind of rules being established. They say that such rules would inevitably violate people’s rights and freedoms, but, in reality, they are protecting their own commercial and strategic interests. After all, any rules are limitations that would result in lost opportunities for Google, both in terms of business and the exercising of influence.

In recent years, court cases involving Google and other IT companies have become increasingly common in various countries resulting from their violation of economic legislation. In December 2019, France fined Google €150 million for violating the rules of free competition. This was after the company had just paid French authorities nearly €1 billion in September to resolve a fraud investigation. In January of the same year, the European Commission ordered the online giant to pay €1.49 billion for abusing its market dominance.

But most surprising is the fact that, at the end of 2019, so-called human rights defenders turned against Google (and also Facebook). “The business model of Google and Facebook threatens human rights,” wrote Amnesty International in its report. “The companies’ surveillance-based business model forces people to make a Faustian bargain, whereby they are only able to enjoy their human rights online by submitting to a system predicated on human rights abuse.” The report contains recommendations for states and companies on protecting human rights and regulating the industry through the introduction of stringent requirements.

This raises a legitimate question: why is a human rights organization that has always fought against state influence on freedom of speech now furiously calling for tighter government regulation of the Internet, for media platforms’ algorithms and codes to be analyzed, for their internal policies and practices to be assessed and so on?

It is no secret that US intelligence agencies have often worn Amnesty International like a glove, another element of US “soft power” like Greenpeace, the WWF and other “human rights” and “environmental” organizations. So, if the organization has suddenly started fighting with IT industry leaders within the US and directly attacking Facebook and Google, then it must have a good reason.

It’s unlikely that the human rights defenders didn’t read Edward Snowden’s series of revelations a few years ago or that they didn’t know about the material published by Wikileaks regarding the NSA and CIA’s global surveillance activities or Vault 7. They actually defended Julian Assange, who was locked up in an embassy and scurrilously accused of raping Swiss prostitutes without a condom.

They do, in fact, refer to Snowden’s 2013 revelations. But why have they only done so at the end of 2019? Where were they before?

Yes, Google, Facebook, Instagram, Whatsapp, and YouTube are keeping an eye on the world. Of course, they are. They are also manipulating their audiences, creating “information bubbles” around their users. This was known a decade ago. They are also conducting surveillance for the US government. Since 2001, in accordance with the Patriot Act, and since 2015, in accordance with the Freedom Act, they have been handing over information on their users to US intelligence agencies.

For the last decade, this has bothered a few people in the US.

But it has transpired over the past two to three years that the Internet isn’t fully under the control of its US creators. Freedom of speech declared to be one of the fundamental values of the Western world still seems to exist there. This is both extremely unexpected and inconvenient, especially as it has long been purged from Western media outlets.

Every journalist and editor was told how to do their job and those who didn’t get it were driven out of the profession. Now, central media outlets are more or less controlled and do what they’re told: push LGBT rights, global warming, Greta Thunberg, the arrival of migrants into Europe, chemical attacks in Syria, Russian interference, protests in Hong Kong, and basically whatever fits with the current political agenda.

Against the rapid deterioration of “soft power” and the collapse of liberal ideology in the West, we are starting to see rather strict censorship being imposed to protect the propaganda machine that has been so painstakingly created.

It stands to reason that censorship can’t be referred to as censorship. This is a centuries-old taboo. Other words are needed euphemisms. For example, from nowhere emerged a widespread struggle with fake news apparently being put out by “bad” media outlets more often than not supported by “bad” governments.

But Western media outlets are actually the main producers of this fake news, and the new term “fake news” is just a label designed to discredit whatever doesn’t fit in with the ideological model. It is under the pretext of curbing fake news that censorship and transparent micromanagement of the media space is being introduced in the West.

Internet giants are not actually ideological enemies of the US. They are Americans themselves, are fairly loyal to the US government, and act as bearers and disseminators of liberal ideology around the world.

Their top managers are involved in every US government agency that deals with security, they have a huge number of contracts and joint projects with the Pentagon, the CIA and the NSA, they hand over terabytes of user data to intelligence agencies every second, and they are involved in information attacks outside of the US.

They are one of America’s strategic weapons and they operate in the media space both continuously and as one – against China, Russia, Iran, Syria, Yemen, Saudi Arabia, Turkey, North Korea, Venezuela, and others.

But there is a split within the US itself; the country is divided. Donald Trump’s unexpected “digital” victory in 2016 (against all predictions and offline polls) and the possibility of a repeat in 2020 is exacerbating the fight. There is currently a battle for the Internet as the most powerful tool of political influence.

Media players understand this all too well and are trying to curry favor. They have shown particular zeal since the end of last year. Facebook has already announced its close cooperation with the FBI, which has apparently allowed the company to track and take down more than 50 networks for “coordinated inauthentic behavior”.

Google is also trying to demonstrate its commitment to tackling new challenges. It turns out that, since at least February 2019, the company has been implementing an internal program to combat disinformation. Google also has a special team to identify and remove false accounts that spread disinformation. In addition, the Internet giant is trying to curb fake news in its search engine results by showing pop-up knowledge panels from Wikipedia.

But it seems Wikipedia is unable to help Google combat fake news in its own Google Maps service.

Author Details
Vaughn Klingenberg
Books By Vaughn Klingenberg
Vaughn Klingenberg has a Master’s Degree in Philosophy from Marquette University where he taught Logic). He lived in Europe; mostly Poland and England for two years and traveled widely throughout Europe and the Middle East (sojourning for a month in Israel). His areas of interest center on conspiracies; especially Jewish conspiracies. He considers himself a “conspiracy factualist”–not a conspiracy theorist–as well as a Holocaust Truther–not a Holocaust denier. He has self-published two books on Shake-speare under the pseudonym “Odysseus Er”: Hamlet-Christ (a Judeo-Christian interpretation of Hamlet), and Paradigm Shift: Shake-speare (an analysis of Jonson’s Introductory Poem to the 1623 Folio which reveals the 17th Ear of Oxford as the true author of the Shake-speare corpus). He has also written a booklet in his own name on the Holocaust entitled, The Big Lie: The Holocaust (An Introduction to the Greatest Fraud of the 20th Century). All his work and books can be found on his web site at BooksByVk.org
http://www.booksbyvk.org
[email protected]
ATTENTION READERS
Due to the nature of independent content, VT cannot guarantee content validity.
We ask you to Read Our Content Policy so a clear comprehension of VT's independent non-censored media is understood and given its proper place in the world of news, opinion and media.