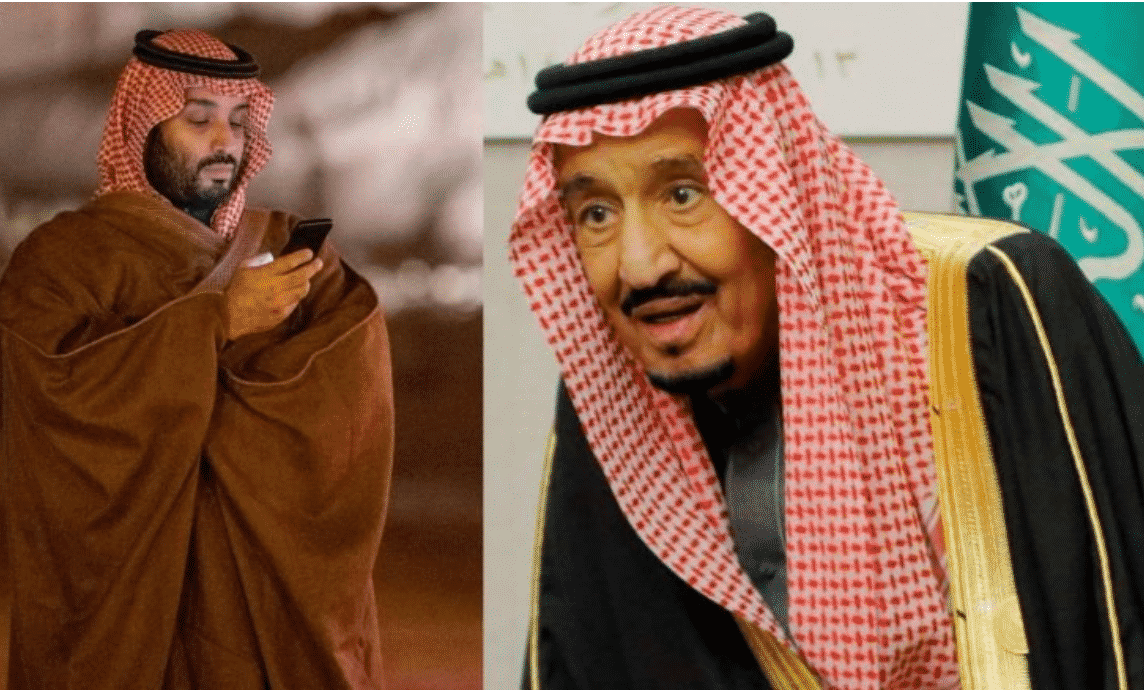 London – Al Quds Al Arabi: The editor of Middle East Eye, David Hurst, quoted sources close to the royal family in Saudi Arabia that the Crown Prince, Mohammed bin Salman, will not wait until the death of his father, King Salman until he seizes the throne. The presence of his father gives him a kind of legitimacy, which he may not retain after his death, due to the presence of princes who oppose him and have the genetic priority to ascend to the throne.

With this step, bin Salman would have carried out his plan, which was launched when Prince Muhammad bin Nayef stepped down from the position of the crown prince.
Hurst noted that bin Salman intends to use the 15th edition of the G20 forum, to be held in Saudi Arabia, to announce his accession to the throne.

Hirst, citing sources, indicated that he would compel his father, who suffers from a type of dementia (Demingia), despite his general health is good, to give up the throne. With this step, he will have implemented his plan, which was launched when Prince Muhammad bin Nayef stepped down from the position of the crown prince. And one of the sources said: “He wants to be sure that he will become the king in the life of his father.”

Before his arrest Friday, he was Prince Ahmed bin AbdulazizKing Salman’s brother was granted a “last chance”, after years of opposition, to join the bin Salman project, but he refused, according to the sources.

The source continued: “There was pressure to give bin Salman full support. He met Salman, and the latter tried to gently persuade him of that. He added: “Ahmed clearly expressed his refusal to support the project. He told the king that he did not want to become king, but that he would support others to advance to the task.

The sources confirmed that Ahmed was not planning a coup before his arrest on Friday, as the media reported because he was simply unable to do so. The source explained, “In the event that the king dies and bin Salman applies to assume the position of his father, Prince Ahmed will certainly object, by virtue of being a member of the pledge of allegiance,” and continued:

“He would say no clearly, but there is no attempt to overturn.” He noted that Ahmed had just returned from a falconry trip and had a reception for his close circle Thursday evening.

A message was passed to Prince Ahmed, the content of which is that the king wants to see him on Friday morning and that the matter relates to another Prince who was arrested, Prince Faisal bin Abdul Rahman, whom Ahmed had spoken to in a conversation with the king weeks ago. On Friday morning, Ahmed went to the presidential palace with his guards and was arrested the moment he entered the palace. And one of the sources said: “He did not see the king. It was an absolute betrayal. ” The source confirmed that the arrest included another member of the Allegiance Commission.

The sources pointed to a number of factors that they considered the reason behind this campaign. The first is Bin Salman’s fear that Trump may not be elected for a second term, especially since potential Democratic candidates, former Vice President Joe Biden and Senator Bernie Sanders are known for their criticism of the crown prince, especially after the assassination of opposition Saudi journalist Jamal Khashoggi at his country’s embassy in Istanbul 2018. On the other hand, Trump has repeatedly refused to blame Bin Salman for the crime.

The report pointed to the great influence of Abu Dhabi Crown Prince Mohammed bin Zayed on the decisions taken by bin Salman, as the sources say he taught him to practice politics and introduced him to the Trump family before he became president. They pointed out that every time Bin Salman makes a mistake, instability increases, and with him Bin Zayed’s influence in Saudi affairs.

In addition, the sources considered that the failure of Bin Salman’s reform and economic plans at home, along with the decline in oil prices, the fall of financial markets and the suspension of Umrah temporarily (what angered many), as a result of the concerns caused by the Coronavirus, all played a role in Bin Salman’s decision to choose this time to carry out arrests, to impose itself on the rest of the family.

A source indicated that the arrests campaign

This is different from the one he implemented in 2017 when he was at the height of his popularity as a bold and reforming young ruler, which allowed him to market the campaign as fighting corruption. As for this campaign comes after a series of scandals. And one of the sources considered that what Bin Salman is doing now is placed in the field of evading from scandal to greater scandal.

Reported yesterday from the same source:

The existence of a “conspiracy” that was prepared for the coup against the Saudi Crown Prince Mohammed bin Salman, and that the senior members of the royal family obtained evidence of a coup attempt, and supported these sources by talking about the expansion of a circle The arrests practically affected some of the most important personalities in the same “royal family” and dozens of government and military officials. At the top of the list of arrests was Prince Ahmed bin Abdulaziz, brother of King Salman, and Muhammad bin Nayef, the former crown prince, and his brother Nawwaf bin Nayef. It also summoned the current Minister of Interior Abd Aziz bin S. Dr. bin Nayef, Prince Saud bin Nayef and his father, the Emir of the Eastern Province and the eldest son of Prince Nayef bin Abdul Aziz, the Crown Prince of Saudi former, for questioning by the Royal Court with regard to the alleged coup.

The reasons for the accusation of Prince Mohammed bin Salman of the princes involved in the supposed coup process, according to official Saudi sources who contacted Reuters, is that they “made contacts with foreign powers, including the Americans,” which is a real accusation, because Prince Ahmed bin Abdul Aziz returned to the Kingdom of Saudi Arabia is the result of “contacts with foreign powers,” and that the Americans offered him guarantees of his safety if he returned to the country, and therefore his return constituted a “pledge” from him to King Salman and the crown prince.

The real explanation for what happened is that the coup actually took place, but by Muhammad bin Salman over these American “guarantees”, and on the political capital of the entire royal family and not only on his potential rivals. The “autobiography” of the Saudi crown prince, which was filled with catastrophic, local errors Regional and global, it indirectly gave great weight and credibility to the other great princes.

The ax, however, fell on Ahmed bin Abdul Aziz, because he is considered the natural heir of the line of sequence followed by the Saudi family after the death of the founder Abdul Aziz bin Saud, as well as Ali Muhammad bin Nayef, the former crown prince and his brother Nawaf, but what is meant, in fact, He is any other Saudi prince who enjoys respect within the royal family, or who has a distinguished political biography and appreciation to the international system (especially Americans), and this credibility has grown in symmetry with the degree of political decline to which the reputation of Prince Muhammad bin Salman, and Saudi Arabia in general, has been exposed due to his mistakes.

The following leaks indicate that the crown prince may direct the charge of “treason” to those adults, and if this occurs publicly, it will be a declaration of the direction of the Kingdom of Saudi Arabia to an unprecedented new era, during which the Saudi crown prince will break the powerful wings within the Saudi royal family to form a new system It guarantees the absolute authority of Salman bin and protects the king only among his sons.

The coup did take place, but the Saudi royal family was in favor of one of them, Muhammad bin Salman.