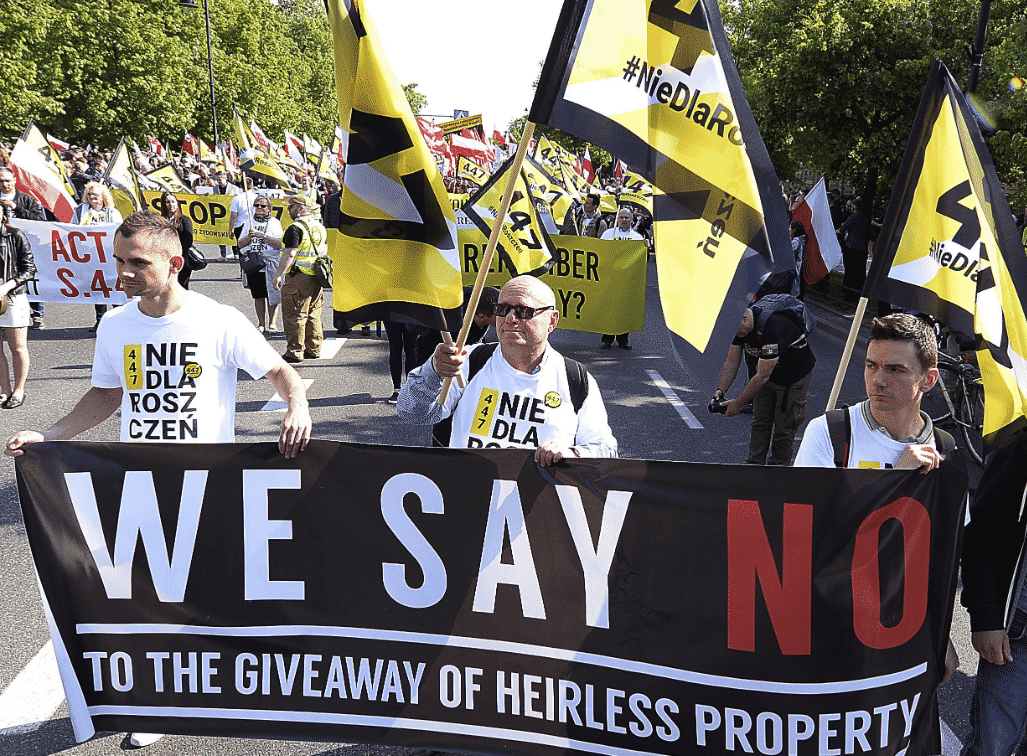 Oriental Review:  Every time Poland’s involvement in the Holocaust gets mentioned, Warsaw freaks out. Scandals surrounding whether the Poles took part in the extermination of the Jews erupt on an almost regular basis.

This time, Polish President Andrzej Duda has refused to go to the World Holocaust Forum set to take place on 23 January 2020, allegedly because Russian President Vladimir Putin has also been invited to the event. At the end of 2019, the Polish government got into an argument with the Russian president over his statements regarding the Polish ambassador to the Third Reich, Józef Lipski. Putin said that, in the 1930s, Lipski suggested erecting a monument to Adolf Hitler in Warsaw for his plan to send Polish Jews to Africa “for extinction and extermination”.

Another theory is that the Polish president does not like the fact that one of the organisers of the forum is Israeli Foreign Minister Israel Katz, who has accused the Poles of anti-Semitism. Last year, the Israeli foreign minister refused to apologise for his comment that “the Poles suckle anti-Semitism from their mother’s breasts”. By way of protest that time, the insulted Polish Prime Minister Mateusz Morawiecki cancelled his official visit to Israel. The US ambassador to Poland, Georgette Mosbacher, intervened in the dispute and called on the Israeli foreign minister to apologise for his comment.

Even earlier, in February 2019, the Polish foreign minister challenged Israeli envoy Anna Azari over the words “the Poles collaborated with the Nazis” (with regard to the persecution of the Jews) during the Second World War, which was allegedly spoken by Israeli Prime Minister Benjamin Netanyahu while in Poland for an international meeting on the Middle East. The Poles wanted clarification on the Israeli newspaper article in which the Israeli prime minister was quoted.

And they received clarification. According to the Israeli envoy, Netanyahu had not been talking about the Polish nation: “He only said that no person was sued for mentioning those individual Poles who collaborated with them.”

From Azari’s statement, it seems that the scandal erupted from nowhere. Journalists had distorted a key part of the Israeli prime minister’s statement, which, in actual fact, had even been complementary to the Poles, sort of a well done for rejecting the scandalous law that proposed punishing people for their thoughts rather than actions.

Be that as it may, the Jewish issue has always loomed large in Poland. The Second World War became the apotheosis of Polish anti-Semitism. Only 10 per cent of Poland’s three million Jews survived the Holocaust, and it was in Poland that the highest number of concentration camps were located.

But Poland’s anti-Jewish laws were adopted long before the country was occupied by the Nazis. Before its occupation by the Third Reich, there was a special camp in the town of Bereza Kartuska for Jewish prisoners accused of anti-state activities. And until the National Socialist German Workers’ Party came to power in Germany, Poland had been the most anti-Semitic country in Europe.

After Poland’s occupation by the Third Reich, many Jewish families tried to avoid the gas chambers by hiding in forests. To find them, the German police hired local residents. Peasants scoured the area with pitchforks, set fire to huts where people could hide and threw grenades into cellars.

Hundreds of pogroms took place in Polish towns during the Second World War. In 1941, for example, in the town of Jedwabne, local residents herded all the Jews into the market square. In the presence of German officers, they were locked in a barn and burned alive. A total of 340 people were killed.

According to historians, large numbers of Poles were involved in the genocide. They persecuted the Jews voluntarily and snitched on those in hiding to the police. A reward was given for every Jew found or murdered – sugar, vodka, or the Jew’s clothes.

When Soviet Lieutenant Aleksandr Pechersky managed to organise a mass escape from the Nazis’ Sobibor death camp in 1943, most of those who escaped were recaptured by Polish peasants and handed over to the Germans.

There were also those who saved the Jews, however, and the Nazis executed 5,000 Poles for doing so.

A completely savage incident took place in the Polish city of Kielce in 1946, after the war had already ended. The city was home to 280 Jews expelled from other places, and a crowd of thugs murdered 80 of them, just like that. The massacre was provoked by rumours that the Jews had kidnapped a Polish baby, which was actually untrue.

Today, Poland is experiencing a resurgence of anti-Semitism. Comments directed against Israel and the Jews can be heard coming from senior officials and politicians. Football fans chant things like “Jews off to the gas” during matches. Polish neo-Nazis across the country desecrate Jewish cemeteries and monuments to Holocaust victims. And tensions between the two countries are growing.

This is also due to a law adopted by the Polish Sejm in 2018 that criminalises references to Polish guilt in the Holocaust. But the Israelis will never forget.

In Israel, of course, the law was perceived as an infringement on free speech and a desire to shut down debate on crimes committed against the Jews during the Nazi era. The Israelis were particularly outraged at the attempt to impose a punishment for the testimony of Holocaust victims themselves, which also fell under the new law. After the law was also scorned by the US, which has a powerful Jewish lobby and is one of Poland’s biggest supporters, Warsaw was forced to repeal it.