What Gordon has written below is essential reading, absolutely essential as he is giving it to you straight, honesty that you will sadly, be unable to find elsewhere in this era of totally controlled and utterly censored media. Read it, read it a second time, ruminate over it, absorb the messages and key points, share the text with others, spread this far and wide as a precious pearl of truth, that rarest and most precious of commodities in a world gone mad.

I have thus far had little to say about the virus farrago, this is because I have been carefully studying the issue, following various rabbit holes to see where they lead, to put together, piece by piece, a proper picture of what is going on, who is behind it and why they are doing it. It is not a pretty picture, in fact, it is quite horrific and thoroughly disturbing one, but you all need to see it and take note of its key features.

Our story begins in China, not in Wuhan in recent months, but 30 years ago when the Communist Party went through a very serious and painful period of self-realization in the wake of the student protests in and around Tiananmen Square in the heart of Beijing, an event most famous for the TV pictures of one lone brave man blocking a column of tanks with his body.

The China of the period was very different from today, this was a China that was yet to experience the explosive growth in their economic, industrial and technological spheres, a China still mired in the dogma of Mao and the Cultural Revolution, weighed down by outdated and inefficient communist policies, with widespread poverty and beset by myriad serious issues from environmental disasters created by bad planning to an economy hopelessly outdated and completely unsuited to the modern world.

The Chinese leadership realized they needed to change, that radical overhauls of their economic and industrial sectors were needed and with the typical industry and ruthless determination of the Chinese, they set to work. New, younger leaders were appointed to key positions, great strides were made in overhauling and modernizing all aspects of the economy, within a few short years, the country had begun to experience a boom that eventually grew to such proportions it was unprecedented in recorded history.

Today, China is utterly transformed, it has become the workshop of the world, a leader in technology and industry, a major economic powerhouse with a strong and state of the art military, it consumes vast quantities of raw materials while pumping out all manner of products in volumes that allow low prices that the rest of the world can scarcely compete with, hence so much industry has migrated to China, leaving the former economic and industrial powerhouses in Europe and North America looking distinctly old fashioned and in danger of going under.

Of course, the hidden hands that control virtually the entire globe and it’s economy were not prepared to allow the Chinese to become the dominant economic, industrial and military power, so they decided to wage war on China; an undeclared war that is unlike any that preceded it as it is not being fought on battlefields by militaries nor in the skies by aircraft and missiles.

A quick rundown of some of the offensive actions taken against China leaves one in little doubt that a concerted campaign is been waged against the Asian powerhouse:

That’s just a short list off the top of my head, there are many more that could be added to the list. but the picture is clear – China has been under sustained attack for the last few years.

Who is behind this undeclared war on China? The short answer is the worldwide Zionist criminal enterprise that controls the US that to having inserted Trump into office, that likewise controls Britain after also hijacking the electoral system to place Boris Johnson in power, that created Israel and controls the world’s banking system. Now over to Gordon: 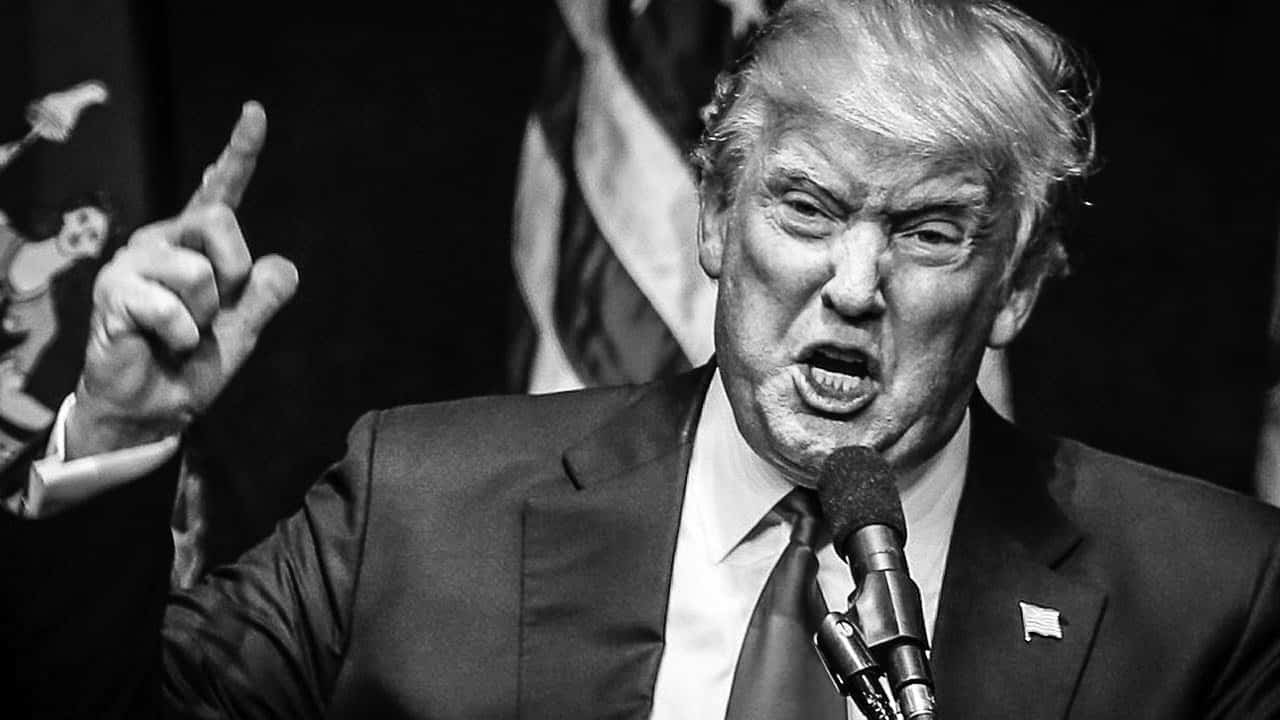 The media, America and Europe, even Russia, have been in full censorship mode for weeks now.  They, as with Trump and Gang, are shills for what we call the Kosher Nostra, a massive criminal conspiracy that has overwhelmed world governments through murder, blackmail, and bribery.

They have been doing this since late antiquity, they have been caught many times, named and renamed, always in the shadows.  From day one, we found them behind Donald Trump and those around him.

We all saw it coming from day one.  We knew the sub-prime crash was only a test run and the 22 trillion debt, Trump’s crazy spending spree while the rich got a free ride, was not without purpose, the death of the United States.

We wake up today, cheap gas but the jobs will be disappearing in floods soon as will the ability to underwrite our banking system and there is no one left to borrow from, they died too.

Even the Saudis will be on the ropes.  All that will be left will be Venezuela, Iran, Russia, and Cuba and they are laughing at us today.

Planes are empty, all flights to the Far East long since banned, too much of Europe as well and those that go, fly empty.  Go now, you get a whole aisle of seats.

We have now lost 20% of America’s economy, all that is left is the shards of the balloon and Trump’s debt.  We can no longer afford a military and stealing Syria’s oil isn’t going to fix anything, it costs $100 per barrel to process it and $500 a barrel to steal it.

Yes, they got a hold of SARS, a horrific respiratory illness, edited its DNA to make it incubate for weeks and stay symptomless then let it loose on China, Iran, and Italy.

This, of course, was done with an American president and vice president who are both criminally insane and a GOP controlled congress long on the payroll of the Kosher Nostra while the media is in full lockdown mode, reporting none of this.

We now have to watch and see what else is in store for us.  We are down to shotguns and canned goods, as warned long ago.

Why is no one talking about a totally decapitalized world?  The underlying value of everything has just disappeared as we only have currency, which is as strong as the economy behind it, economies that no longer exist, and bond/equity which has now lost a third of their value.

Past this, we have debt which is holding on fine, with new ratios today showing the US hopelessly over the edge, unable to sustain Social Security, Medicare, and the military.

The capability to do this has been a highly funded black program run through programs that have been around since 1950 but which include not just the CIA but USAID and the funding mechanisms tasked with fighting “fake news” or building the fake border wall.

Defense tech in the US has gone for deniable nukes, crop diseases, killing of China’s pigs, learning how to spread infections with small drones, new forms of poison gas and neurotoxins and, of course, torture, prison, and the ever-popular “mind control.”

Real or not, the US pours cash into not just press control, the institutions of deception, Facebook and Google, but building the “compliant man” through eugenics, biochemistry, and non-ionizing radiation.  Creepy?

Critical to understand what is happening is understanding that everything you are told, every bit of information in TV shows, fiction and “no,” along with all news, analysis and the flood of “influencers,” flawed human disasters who pour garbage into the public sphere, all of this originates from longstanding organizations that despise humanity.

Who to look to in order to stop this?  Not the US military for sure, they were long ago taken over by grocery clerks and “Perfumed Princes.”

Then we end climate denialism as we have seen science denialism build the weapon that is now killing us all.

In the US, eliminate the Electoral College, base the Senate on population, end the Supreme Court…all engineered into America by the precursor of the Kosher Nostra.  This is childishly easy to document.

Really do what Trump falsely claimed he was going to do under his fake populism, but do it recognizing that the US is interwoven with the world.  There are no more countries.

End the lobbies for Israel, Saudi Arabia, and Turkey in Washington, our most immediate threat.  Turkey alone has spent $50 million on GOP congressmen in the last 2 weeks trying to buy their way into the EU to replace Britain, with Trump threats as a hammer against Europe.

This is a huge secret but there are so many more and they would sicken anyone.

All courts, criminal and civil in the US need to be restructured and taken out of the control of organized crime.  Behind that, law schools need to be reformed and a new Bill of Rights needs to be drafted ending surveillance, ending government protected scams that impoverish working Americans, ending our fake governments at every level that are controlled by corporations that only front for the Kosher Nostra.

We must return America to civility, to safety for certain, but not as a tool of control and deception but as a task for all Americans, not just the looters and deceivers.

And with this, end the 2 party system…