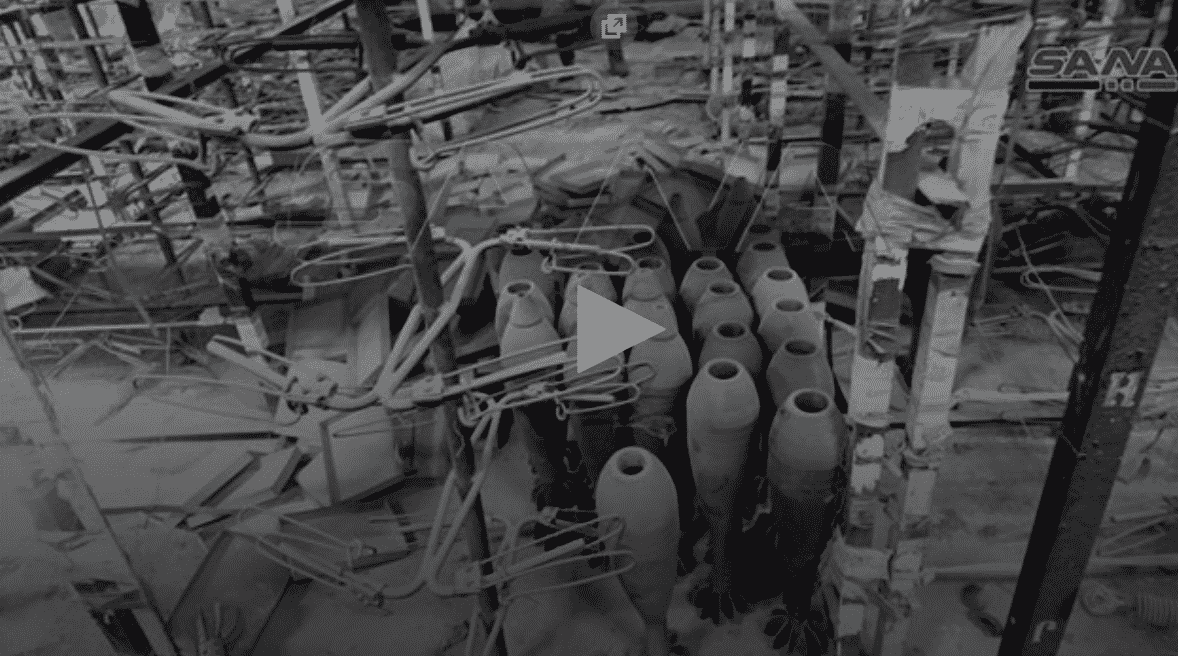 This picture taken on March 10, 2020, shows mortar shells at a workshop in the western countryside of Syria’s northwestern province of Aleppo, which foreign-sponsored Takfiri militants used to manufacture chemical warfare and various munitions. (Photo by SANA)

Syrian government forces have discovered a workshop in the western countryside of the country’s embattled northwestern province of Aleppo, which foreign-sponsored Takfiri militants used to manufacture toxic chemical weapons for their attacks against army troops and civilians in government-controlled areas.

Syria’s official news agency SANA, citing an unnamed field officer, reported that the covert workshop was uncovered inside a terrorist hideout dug inside a mountain in the recently-liberated Anjara area on Tuesday as army troopers were combing the region for hidden ordinance as well as improvised explosive devices, and were preparing repatriation of local residents.

The officer added that shells of various calibers in addition to plastic jerry cans and barrels full of different chemicals and toxic substances were found at the place.

A number of identity cards belonging to militants, and documents containing execution orders signed by terrorist Abdullah al-Muhaysini were recovered there as well.

The officer noted that militants were producing the chemical warfare for members of the so-called civil defense group White Helmets in order to be used in their false-flag attacks against civilians.