Home Life Corey Feldman: I literally caught Charlie Sheen with his pants down in... 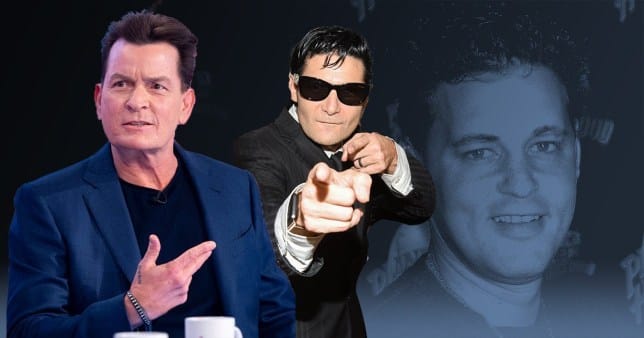 When Corey Feldman declared in 2011 that “The No. 1 problem in Hollywood was and is—and always will be—pedophilia,” some people in the media didn’t pay much attention to him because Feldman sounded like a conspiracy theorist. Feldman took the political cat out of the bag when he said to an interviewer:

As the years went by, Feldman was shown to be absolutely right. The political damn burst when Harvey Weinstein was found guilty of sexually manipulating and harassing women.

Now saying that Hollywood is overcrowded with sexual predators or pedophiles is no longer conspiracy theory but, as actress Lupita Nyong’O herself said in a New York Times article, “the conspiracy of silence.”[1] Hollywood celebrities themselves have proved that point.[2] Even actors Terry Crews and James Van Der Beek have said that they have been groped by Hollywood degenerates.[3]

By 2016, “The Lord of the Rings” actor Elijah Wood came out and declared almost the same thing. Commenting on the documentary film Open Secret, Wood declared:

“I’ve been led down dark paths to realise that these things probably still are happening. If you’re innocent—you have very little knowledge of the world and you want to succeed—people with parasitic interests will see you as their prey.”[4]

Then right after the Harvey Weinstein debacle, Hollywood celebrities, apparently out of shame, finally declared that there was always a sex pool in the industry, one which always preyed upon the young, the restless, the naïve, and indeed the lustful.

For Weinstein to prey upon more than 40 women over a long period of time seems to suggest that Hollywood is a town filled with predators. This became very interesting when Weinstein told former actress Heather Kerr way back in 1989 that virtually every actress in Hollywood had to sleep with him in order to advance their careers in the industry.[5]

Feldman seemed to have feared for his life when he drop the political bomb in 2011; he never called out Charlie Sheen. Feldman did not even name names in his 2013 book Coreyography: A Memoir. He wrote in the book:

“At some point during the filming [of ‘Lucas,’ Haim] explained an adult male convinced him it was perfectly normal for older men and younger boys in the business to have sexual relations, that it was ‘what all guys do.’ So they walked off to a secluded area between two trailers during a lunch break for the cast and crew, and Haim, innocent and ambitious as he was, allowed himself to be sodomized.”[6]

Feldman is no longer hiding. The adult male was none other than Charlie Sheen.[7] Haim died at the age of 28 in 2010. Charlie Sheen, said Feldman, sodomized Haim on the set of the 1986 Steven Spielberg film Lucas. Sheen was 19, and Haim was 13. Feldman said:

“He [Haim] told me: ‘Charlie bent me over in between two trailers and put Crisco oil on my butt and raped me in broad daylight. Anybody could have walked by, anybody could have seen it.’”[8]

“Jamison Newlander, an actor who became friends with Feldman and Haim after co-starring with them in The Lost Boys (1987) also said that Haim had confided in him about Sheen. Both Sprague and Newlander suggested that the abuse was common knowledge among Hollywood circles but was ultimately ignored.

“The allegations first surfaced in 2017 when former actor Dominick Brascia – who Feldman also accuses of sexually abusing Haim in the documentary – claimed that Sheen had sex with Haim while they were filming Lucas.”[9]

Charlie Sheen, of course, denied the accusation. He said: “These sick, twisted and outlandish allegations never occurred,” Sheen said, adding that he urged everyone “to consider the source and read what [Haim’s] mother Judy Haim has to say.”[10]

According to Feldman, Judy Haim knew about Sheen’s predatory adventures; she knew that Sheen raped her own son, but she chose to remain silent, apparently because a lot of money is involved, apparently because she was the one who brought Corey on the set and allowed him to be sodomized. Even back in 2017, she was still in denial. “When my son was 13, he wasn’t going to ask Charlie Sheen to go and sleep with him,” she said.[11]

What we know for from common sense is that being sexually raped or sodomized is not something that can easily be healed or even forgotten without proper treatment. Feldman said that Haim “fought for his entire life to recover from those early experiences and to get his life together.”[12] Obviously Haim lost the battle, as he struggled with drug addiction and depression, and then lost his life at the early age of 38. Who is largely responsible for this?

Based on Feldman’s documentary, Judy Haim is partly to blame. She allowed her precious son to be sodomized in Hollywood, where sexual acts upon the young and restless are widespread. “I believe there’s a lot of darkness in Hollywood right now,” said Haim, “and I believe it’s been there for quite some time.”[13] 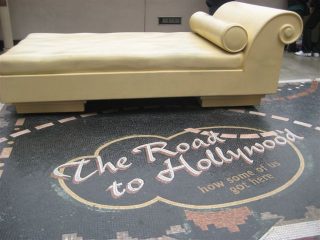 Indeed. Dawn C. Chmielewski of the LA Times wrote back in 2012 that “At least a dozen child molestation and child pornography prosecutions since 2000 have involved actors, managers, production assistants and others in the entertainment industry.”[14]

One of those child managers was Bob Villard, who was convicted of child pornography back in 1987. Villard claimed that he worked with former young actors like Tobey Maguire, Leonardo DiCaprio and Danny Nucci. He said that he had “guided the careers of dozens of successful film and television actors.”[15]

Villard was far from alone. Ezel Ethan Channel, who was a temporary production assistant at Nickelodeon Animation Studio, was arrested for molesting a 14-year-old boy. Jason Michael Handy, who called himself “a pedophile, full blown” and who worked as a production assistant at Nickelodeon, was eventually sentenced to six years in prison for sexually exploiting six-year-olds.

Martin Weiss, “a longtime talent manager who specialized in representing young actors,” was again sentenced to years in prison for sexually abusing boys. Many others could be named here.[16]

The central question is simply this: Are these just isolated cases? Or is this moral disease widespread in Hollywood? According to the available data, the answer is a resounding yes.[17]

Actress Allison Arngrim, who played in the Little House on the Prairie, declared, that pedophiles in Hollywood “are typically very careful when choosing. They look for kids whose parents are maybe going through a divorce, are very naïve, suffering with addiction problems, or are simply crazy stage parents who will look the other way.”

She added that parents also play a huge role in objectifying their kids: “In Hollywood, there are parents who will practically prostitute their kids in the hope they can make money and get ahead. It is a horrible trap that the kids are in. These people aren’t seeing their kid as a kid. It’s more common than you think.”[18]

Arngrim is telling the truth, and there are numerous cases which indicate that some parents do sell their kids to film studios where those kids are abused in front of the camera. “Aged four, Raven Kaliana’s parents took her to a film studio where she was sexually abused in front of cameras. For most of her childhood they regularly trafficked her to the sex industry.”[19]