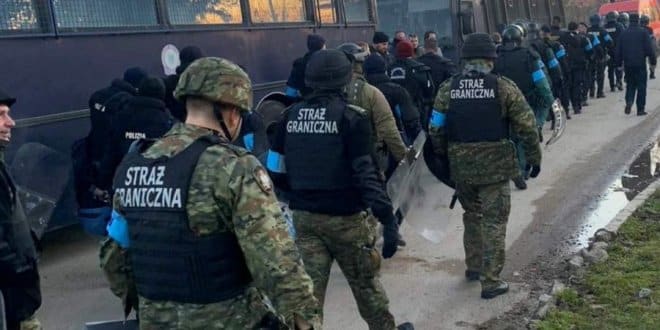 Keep Talking Greece – Frontex has deployed an additional 100 border guards at the Greek land border as part of a rapid border intervention following a request by Greece.

Border guards from 22 member-state arrived on Thursday in the region of Evros.

The short amount of time it took us to organize Frontex’s rapid border interventions at Greece’s land and maritime borders highlight the commitment by the Greek authorities to protect Europe’s borders, the Frontex said in a statement.

Frontex Executive Director Fabrice Leggeri: “We stand here barely a week after the Greek authorities turned to Frontex to provide more officers and more equipment to help protect their borders, which are also our common EU external borders.”

The presence of 100 officers from all around Europe underlines the fact that the protection of the European area of freedom, security, and justice is a shared responsibility of all Member States and Frontex,” Leggeri added during the launch of the operation in the Greek town of Orestiada.

Greece has been trying to stop a massive wave of migrants pushing in from Turkey, in a crisis that erupted last month.

Athens says more than 45,000 attempted entries have been thwarted, including more than 500 on Thursday — when for second-day migrants threw Molotov cocktails at Greek border troops and police. Greek units were also attacked with tear gas and responded in kind.

Earlier in the week, two Frontex border surveillance planes were deployed to Greece.
The rapid border interventions will last two months and be further extended if needed, the Frontex said.

Frontex already has more than 500 officers in Greece, as well as 11 vessels and other equipment.